According to reports, David Beckham has had to flee the £20,000 a night hotel he has been staying in during the World Cup in Qatar.

"The staff have loved having him here"

According to reports, football fans have located David Beckham’s whereabouts in Qatar and forced him to leave his £20,000 per night hotel.

The former England captain arrived at the five-star Mandarin Oriental in Doha, where he is serving as an ambassador during the World Cup.

However, once his location quickly became public knowledge, David Beckham reacted by cutting his stay short.

He was residing in a suite called the Baraha View, which contains a private dining room, a concierge, an outside patio, a private pool and a gym.

It is not yet known if Beckham has taken up a different residence in Qatar for the duration of the World Cup festivities or if he has left the country. 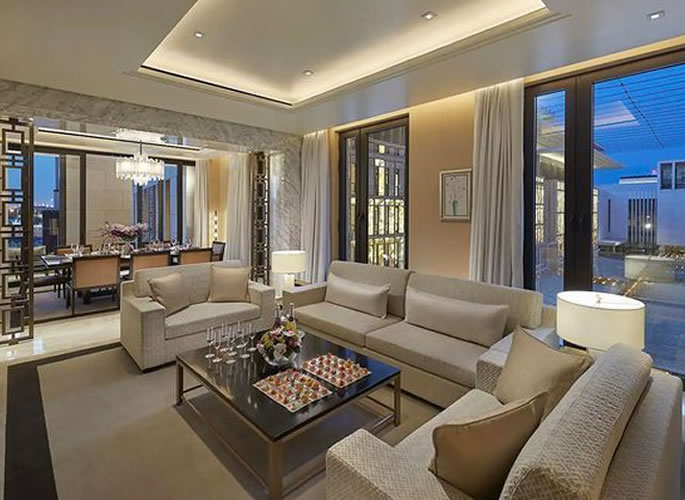 As an ambassador for the World Cup, the former Manchester United player was sent to Qatar.

Staff at the hotel routinely addressed the former footballer as “Sir David” and wanted him to have a pleasant stay.

According to reports from the Qatar hotel, it has been said that the staff enjoyed David Beckham as a guest:

“The staff have loved having him here and referred to him as ‘Sir David’ because he was so respectful and respected back by everyone.

“He’s been very polite and charming to the staff and seems like a very decent man.

“Sir David is one of the most famous men in world football and it’s been an honour having him here.”

Beckham allegedly hoped to avoid being noticed when out in public and was chauffeured in a limo with darkened windows.

He also used a private door to enter and leave the hotel. 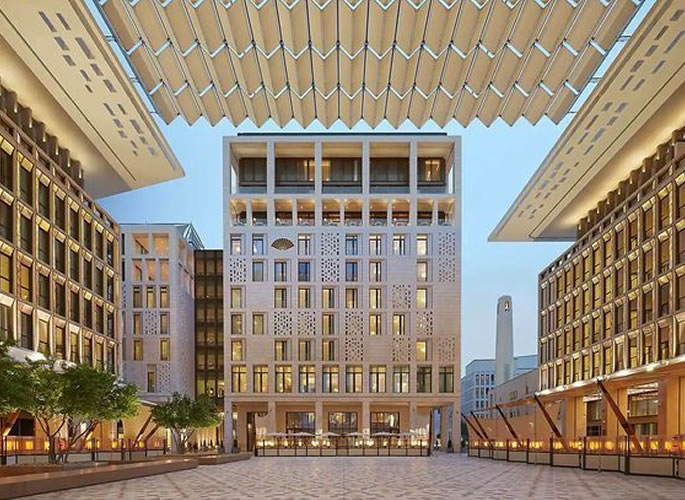 Despite having a history with PSG, a club controlled by the state of Qatar, he has received some criticism for his restored ties with the nation.

Despite the football enthusiast highlighting the World Cup’s good aspects, questions and concerns were raised over the region’s pervasive LGBTQ and human rights issues.

In a statement, David Beckham commented:

“Almost two decades ago, a small group of football lovers from Qatar had an equally fantastic dream that they could bring the greatest football show on earth to their home country and to the Middle East for the very first time.

Di Cunningham is the co-founder of the Three Lions Pride Group. He said:

“I’m just so disappointed because we – the LGBTQ+ football family – have put David Beckham on a pedestal, as a great ally and then it turns out that he’s taking a lot of money to be an ambassador for this World Cup, and that’s incredibly disappointing.

“So I really hope that the message has got through that people will be criticised for that.”

According to reports, David Beckham’s ambassador role is set to earn him £10 million.

Ilsa is a digital marketeer and journalist. Her interests include politics, literature, religion and football. Her motto is “Give people their flowers whilst they’re still around to smell them.”
Amir Khan issues Warning to ‘Arrogant’ Hamzah Sheeraz
Ashvir Singh Johal named Wigan 1st Team Coach