Shehnaaz Gill and Guru Randhawa’s romantic music video ‘Moon Rise’ has been released and fans are impressed with their chemistry.

Guru seems to be haunted by the memories of his lover

Shehnaaz Gill and Guru Randhawa’s music video ‘Moon Rise’ has been released and it is melting hearts online.

Sung, composed and written by Guru, the romantic track is all about love and heartbreak.

It was released in 2022, but when it was announced that Shehnaaz Gill would feature in the music video, fans were excited.

The spectacular music video is a visual treat, with Shehnaaz and Guru raising temperatures with their chemistry. Fans have called it a “masterpiece”.

The love ballad is shot on a beach and shows the many stages of love between the couple.

As he sits by the sea, Guru remembers his happy times with Shehnaaz, from running on the beach to a sweet kiss on the cheek and even a marriage proposal. 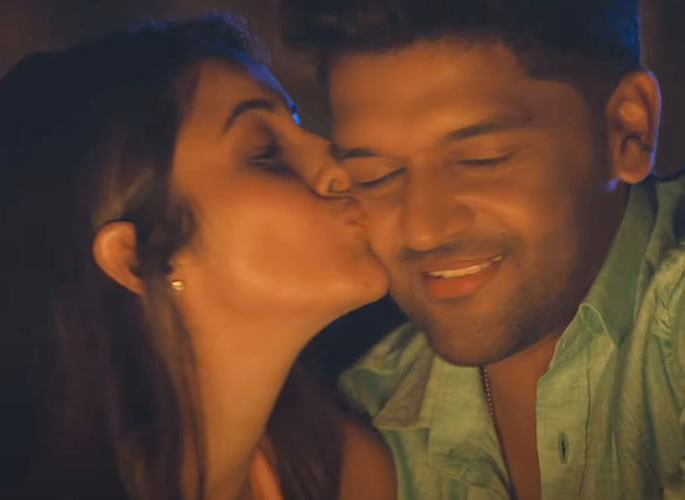 But Guru seems to be haunted by the memories of his lover as he feels her presence but knows she is not there with him.

He throws the ring into the sea, although it is not known what happened between the couple.

Shehnaaz looks gorgeous in a red thigh-high slit dress throughout most of the video but she also wears a frilly pink dress at times.

Meanwhile, Guru opts for the smart-casual look, wearing a suit with a pink shirt and white trainers.

Sharing the song, Guru wrote in a joint post with Shehnaaz:

“#MoonRise Ft. @shehnaazgill is out now worldwide. Show your love and support.”

‘Moon Rise’ had a lot of anticipation and following its release, fans have lauded the chemistry between Guru Randhawa and Shehnaaz Gill.

One said: “Guru featured Shehnaaz in his best song from the album Shehnaaz is absolutely killing it.”

Another wrote: “When Guru and Shehnaaz come in, then it goes like a boom! Perfect combination.”

One fan said: “Guru and Shehnaaz you both nail it. Guru your voice.” 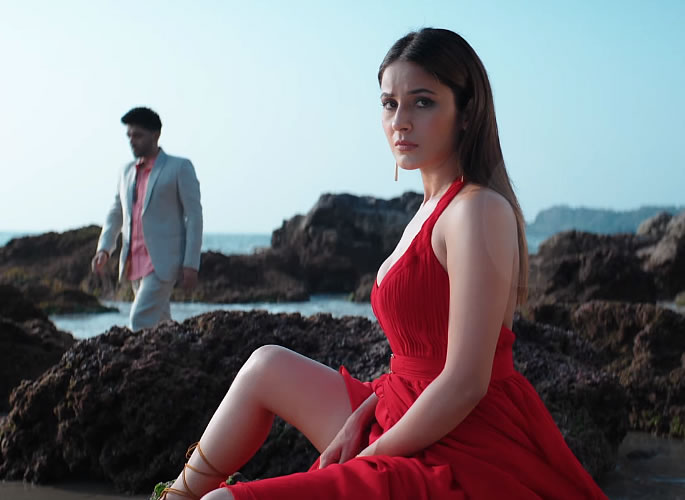 One comment read: “So loving the vibe of this song, Shehnaaz is just looking out of this world beautiful and mystical.”

A user said: “Shehnaaz Gill’s presence is a treat to eyes and Guru Randhawa’s voice is a pure treat to ears! Overall beautiful.”

The track is part of Guru’s album Man of the Moon, which was released in August 2022.

On the film front, Shehnaaz Gill is all set to make her Bollywood debut with Salman Khan’s Kisi Ka Bhai Kisi Ki Jaan. 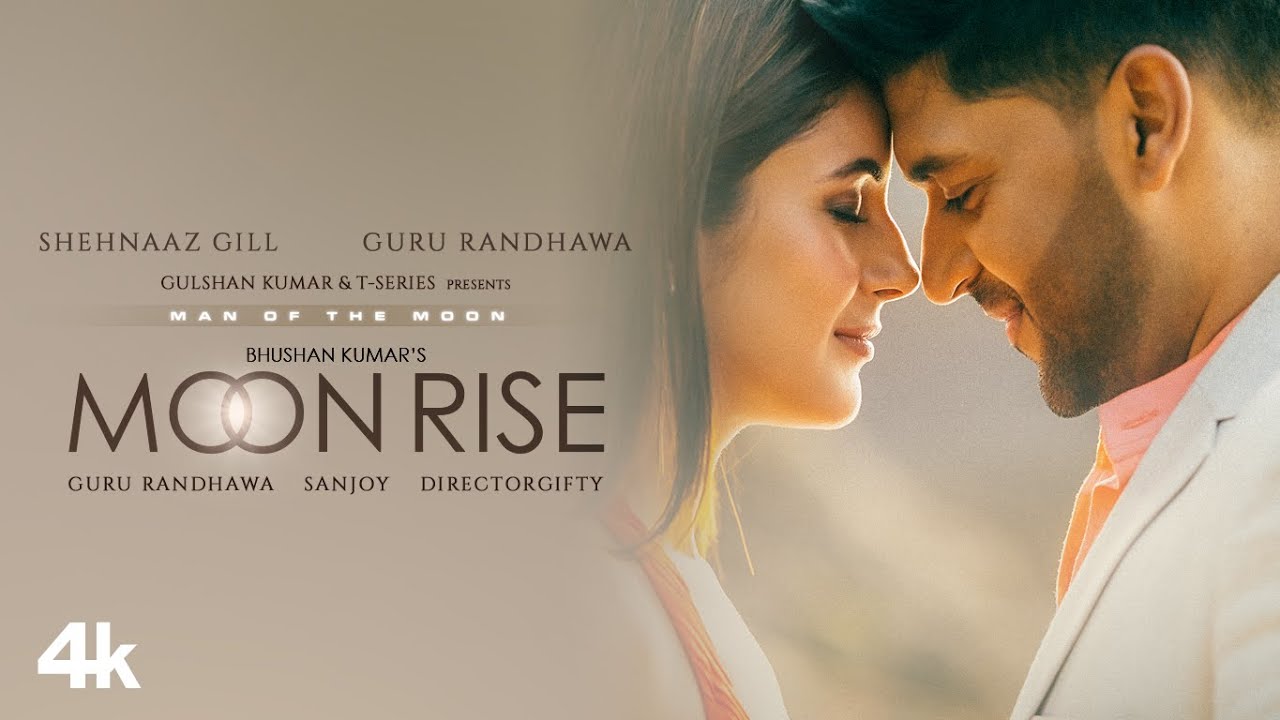 Dhiren is a journalism graduate with a passion for gaming, watching films and sports. He also enjoys cooking from time to time. His motto is to “Live life one day at a time.”
Hasan Raheem’s Track ‘Nautanki’ subjected to Trolling
Nikitaa on Femininity, “Goddess Pop” & New Music