Punjabi musician Guru Randhawa was performing in Vancouver. After the concert, he was assaulted by an unidentified audience member.

"he started fighting with everyone backstage."

Punjabi singer Guru Randhawa was assaulted shortly after a show in Vancouver, Canada. He had been on a tour of the United States and Canada.

Guru announced his return to India saying he “is home now, feeling safe”.

He explained that he had to have four stitches after he was punched by a member of the audience.

The music star‘s team shared a photo of Guru with several plasters above his right eye. Details of the unexpected incident were shared.

“Guru is back in India with four stitches on his right eyebrow and mega successful USA/Canada tour.

“The incident happened on July 28 in Vancouver when Guru told one Punjabi man not to come on stage while he was performing for the audience.

“That man was trying to come on stage again and again and then he started fighting with everyone backstage. He was known to the local promoter Surinder Sanghera who sent him away during the show.

“But at the end when Guru finished the show and was leaving the stage, that Punjabi man came and hit him hard on his face with a punch.

“Because of which Guru started bleeding on the spot from his forehead above eyebrow and went back to stage and showed it to the audience.” 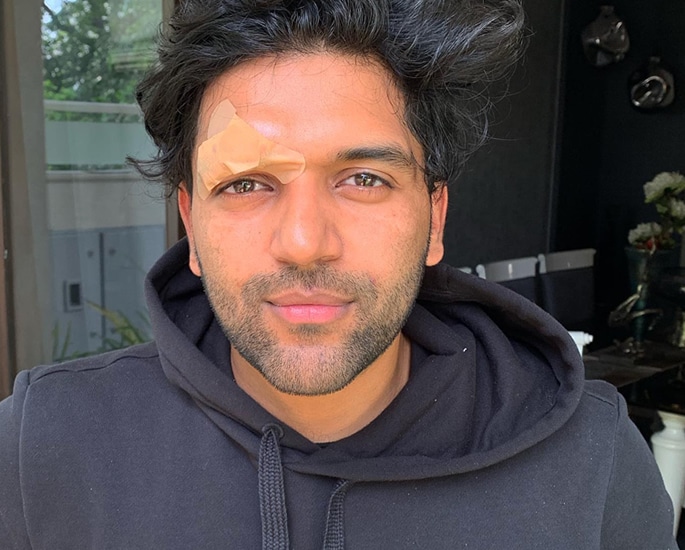 The attacker could not be identified as he quickly left the scene. The statement added:

“That man was with few others and whosoever tried to stop them, they were punching them and then they all ran away.”

As a result of the incident, Guru Randhawa will not perform in Canada in the future. His team confirmed the news:

“Guru is home now feeling safe in India. And he said he won’t ever perform in Canada for the rest of his life.”

“Guru said his Guru Nanak Dev ji has saved him and prayed to Waheguru to give that man a good sense of understanding what to do and what not to. Your love and support is all we need always.”

Fellow Punjabi singer Preet Harpal expressed his shock over the attack. He uploaded a post in Punjabi which translates to:

“I’ve known Guru for a long time. He is a very genuine person and always respects others. But this is a very bad thing. I don’t know what is happening to society.”

Watch the shocking aftermath of the assault

Dhiren is a journalism graduate with a passion for gaming, watching films and sports. He also enjoys cooking from time to time. His motto is to “Live life one day at a time.”
10 Top Nazia Hassan Songs both Youthful & Timeless
10 Best Bollywood Songs by Sonu Nigam