“Thanks for all the love and support you’ve show"

Renowned Indian singer, Guru Randhawa has released his latest song, ‘Naach Meri Rani’ (2020) featuring actress and dancer Nora Fatehi which has become a hit with over 35 million views on YouTube.

The song released on T-Series’ YouTube channel on October 20, 2020.

Within three days of its release, ‘Naach Meri Rani’ is already being called a superhit by fans of Guru Randhawa.

The video to ‘Naach Meri Rani’ starts with Guru Randhawa as a scientist who is working on a robot.

The robot comes to life in the form of Nora Fatehi and the pair begin to dance to the song.

On the official T-Series page on YouTube, Guru Randhawa expressed his gratitude to the team for creating ‘Naach Meri Rani’. He wrote:

“This is so so special for me. I wanna thank Bhushan sir, Om sir for giving me this opportunity to be in Naach Meri Rani.

“Our whole team loves you all for your love and support from day one.

“Thanks Nora, Tanishq, Nikitha, bosco sir and my team at Tseries. Naach Meri Rani is all yours now.”

Taking to Instagram to share her delight, Nora Fatehi shared a video of herself with Guru Randhawa.

The video starts with Guru revealed that the music video has garnered more than 30 million viewers.

Nora walks in and is overjoyed with the announcement of the news. She captioned it:

“Guys, we are soo happy! #NaachMeriRani crossed the 30M+ mark on YouTube!

“Thanks for all the love and support you’ve show so far and keep it coming. Stay Tuned!”

Alongside Guru Randhawa, the female vocals have been sung by Nikhita Gandhi. The music and lyrics were composed and written by Tanishk Bagchi and helmed by T-Series.

To promote the song, Guru Randhawa and Nora Fatehi appeared on The Kapil Sharma Show where they danced to the hit tune.

Fans took to the comment section on YouTube to shower praise for the song. One user wrote:

“I actually listened this song 10 times … but it feels like new.”

“Guru has become one of the premier musicians of the industry in just a few time. just because of his mindblowing work. Keep doing it sir. We all love you.” 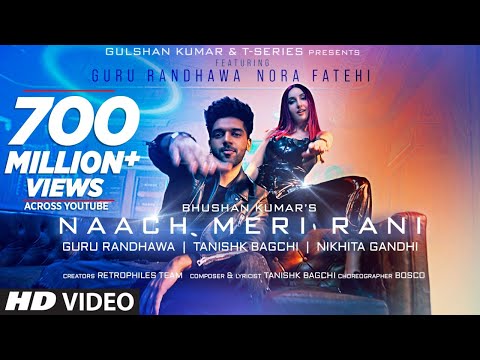 Ayesha is an English graduate with an aesthetic eye. Her fascination lies in sports, fashion and beauty. Also, she does not shy away from controversial subjects. Her motto is: “no two days are the same, that is what makes life worth living.”
Aryananda Babu wins Sa Re Ga Ma Pa L’il Champs 2020
Neha Kakkar Weds Rohanpreet Singh in Delhi