"The sentence was not manifestly excessive."

Two British Asian gang members appeared at London’s Criminal Appeal Court in an attempt to clear their names in a money laundering case.

Both Gill and Bains had been sentenced for laundering copious amounts of cash.

Gill, 28, was imprisoned for five and a half years while Bains, 36, received a four-year jail sentence.

Both men have now appealed the decision, with lawyers taking the stance that the jury were led astray by the judge at the time of trial.

But the country’s top judges threw out the appellant’s pleas, stating that there was ‘no reason to doubt the safety of their convictions’.

In response to the pairs’ legal representatives’ argument of unfair treatment, Lord Justice Treacy said the judge’s management of the trial could not be criticised.

Gill and Bains had both been deeply involved in the cash cleaning gang which laundered £35 million between May 2007 and May 2013.

The court heard that Gill had personally filtered £3.5 million whilst Bains was accountable for shuttling £1.5 million out of the UK. 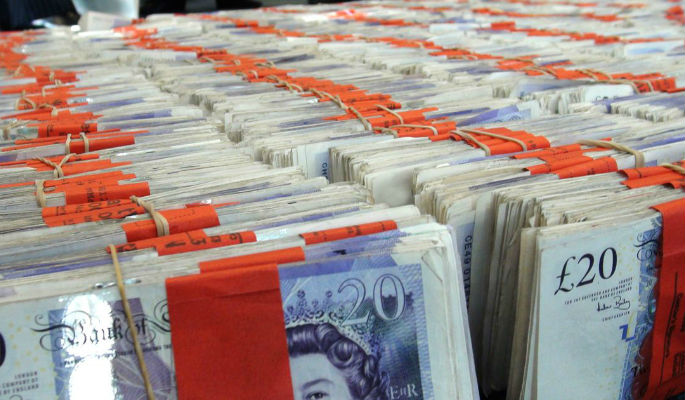 The gang used clothing and textile companies as a means of generating fake invoices – which they used to launder money for crime organisations across the country.

The court heard that the companies were not in fact authentic businesses, and their only function was a means for filtering drug money. They did not pay any wages and tax, and were not VAT registered.

Gill and Bains were barred from holding a director’s position for seven years. In response to Gill’s appeal for a lighter sentence, Lord Justice Treacy was in mutual agreement with Mr Justice Wyn Williams and Mr Justice Garnham, saying:

“In our judgment, the sentence was not manifestly excessive, particularly not in light of the judge’s finding that the money was the proceeds of drugs offences.

“That was a conclusion to which he was entitled to come and the offences were committed across borders.”

The drug gang has been under investigation for a period of three years. It finally came to a head when the ringleader was sentenced in November 2015.

Harpal Singh Gill, 67, from Smethwick, assumed the position of gang leader, persuading several friends and relatives to join his operation.

A former textiles owner, Harpal set up fake clothing and textile companies in order to shift money from drug deals out of the UK from 2007 to 2013.

16 members in total were found guilty of what was noted as ‘a sophisticated money laundering arrangement’ by His Honour Judge Bond, who sentenced the entire gang to 73 years in prison for money laundering and related offences.