Dynamic Duo of Metz and Trix

Metz and Trix are a British Asian music duo who produce music and songs as part of the UK Bhangra and Urban music scene. The two Manchester boys are regarded as pioneers of MC/Bhangra fusion.

"We were the pioneers of the British Asian music scene"

Born and bred in Manchester, Metz and Trix initially hit the Urban Asian music scene in 1997 as part of the underground Garage music scene that was popular at the time.

The ‘Midnight Lick Crew’ as they were collectively known, with DJ ‘Ric-o-chet’ and ‘Kaos’, performed at popular raves such as ‘Sun City’, ‘Garage Nation,’ ‘Urban Music Showcase’ and ‘Hysteria’.

It was not long before Metz and Trix also known as Metz ‘n’ Trix, joined up with DJ Semtex of Sony Street Team at the time and worked on projects including promotions for top stars such as Destiny’s Child, Wyclef, Lauren Hill, Xzibit and J-Lo to name a few.

The Midnight Lick Crew won the award for ‘Best DJ Crew’ in 1999 at the Asian Music Awards. In the same year Metz ‘n’ Trix also employed their talent onto the British Bhangra music scene collaborating with Surinder ‘the lick’ Rattan for the popular dance floor track ‘Tappe’ and RDB for the anthem ‘Putt Sardara De’.

Both of these debut singles received critical acclaim and sales of over 50,000 resulting in gold disc awards.

2001 saw the release of the duo’s debut single called ‘Ambersariya’ which was an instant smash hit amongst the students.

The debut album ‘Danger’ (Untouchables UK records) was released in December of 2001 and was a huge success residing at the number one spot in the charts for ten weeks! 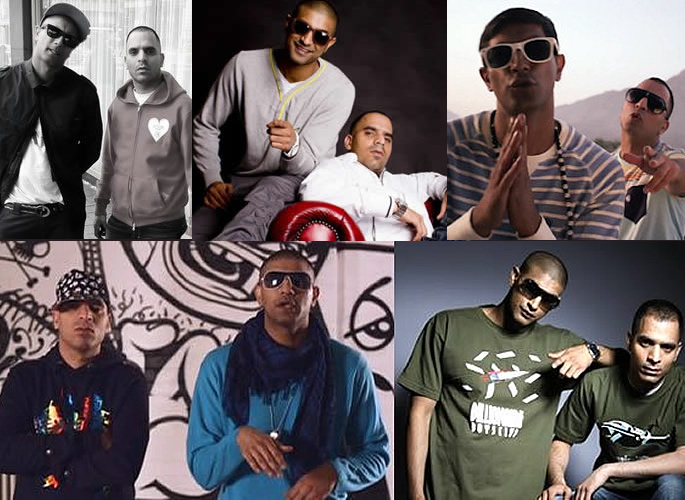 They were recognised as the voice of the young British youth culture with their appealing songs, edgy beats, bass lines and catchy lyrics.

Further to their success Metz and Trix were featured on the Punjabi Hit Squad’s debut album and were selected to front the digital launch of the BBC Asian Network in the summer of 2002. The same year which saw the release of ‘Danger 2’ (from Untouchables UK records once again) and the smash hit ‘Aaja Mahi’.

Subsequent to their success from this album they landed themselves a two-album record deal with the label ‘Moviebox’, the UK’s biggest Asian record label.

2003 saw the duo featured on the album ‘Urban Explosion’ which involved them being a part of the stepping stone of crossing over Asian music into the mainstream.

When asked about what makes them unique, Metz says:

“We were the pioneers of the British Asian music scene by fusing MC’ing with different styles of music like Garage, Hip Hop and Drum’n’Bass and I think we continue to do that and push the boundaries.”

In November of 2003, the Asian Music Awards were televised for the first time nationally on ITV.

Metz ‘n’ Trix won the award for ‘Best MC’s’ and came runners-up for the ‘Best Single’ to Panjabi MC who requested them to collect the award on his behalf.

Throughout 2004 the duo continued to perform in clubs, Asian Melas and festivals, including Glastonbury and the Love Music Hate Racism concert whilst recording material for their second forthcoming album.

They featured on the ‘Urban Fusion’ compilation released by Universal Records, collaborating with UK and international artists.

Their second album ‘Get Ready, Get Set’ was finally released in 2005 to great reviews and received a number two spot on the BBC Asian Network.

Collaborations with legends such as Gurdas Maan, Sukhwinder Singh and Abrar-ul-Haq and hit tracks ‘Bi-Lingual’ and ‘Dil Moliya’ aided in this ascent.

Also in 2007 they toured the world with Panjabi MC and were honoured to be a part of the IIFA Awards where Akshay Kumar performed to their track ‘Aaja Mahi’, bringing recognition to them within the Bollywood Industry too.

‘Get Ready, Get Set 2’ was released in 2008, their third album with the famous ‘GRGS2 Medley’ featuring Bhangra singers Labh Janjua and Lembher Hussainpuri with filming scenes shot in India.

Throughout 2009 they continued to promote their album and perform in the UK and Europe, performing ‘Ringa Ringa’ from Slumdog Millionaire was highlight of the year for this duo.

2012 saw Metz and Trix more busy than ever, be it campaigns, collaborations and performances, they’re in constant demand.

The dynamic duo returned in 2012 collaborating with DJ/Producer Surinder Rattan for their track ‘OMG’ which entered the Official Music Week UK and the European Urban Club Chart at number 22.

It rose to number 20 the following week and with support from BBC Radio 1, Capital FM and 1xtra it eventually ended up breaking into the top ten chart at number nine.

In the first week of March ‘OMG’ knocked Will.i.am, J.Lo and Mick Jagger’s songs off the top spot to be crowned number one in Official Music Week UK and the European Urban Club Chart.

The song has been described as a ‘euphoric pop song with street-smart catchy lyrics’ and a ‘guaranteed dancefloor smasher that is fresh, relevant and on the pulse’ and was initially played as part of BBC Asian Network’s Summer of Melas.

Within the week it was originally aired in September 2011 on the ‘BBC Red Button’ the song received approximately one million views.

However, the song has received the most response in 2012, when Radio 1’s Nihal played it at the London Eye celebrations to a global audience of millions.

The main club mix track is supported by a Dubstep Remix also produced by DJ Surinder Rattan which has been categorised as ‘HOT FOR 2012’ as part of Radio 1’s Specialist Takeover.

It has received daytime play by Radio 1 presenter Huw Stephens who went on to promote it further via his Twitter account saying it’s “a banger.”

In May 2012, the hit single ‘Has Has’ featuring Joga Singh, Metz n Trix from Surinder Rattan’s forthcoming album was released. It has become a major charting track with a very Pop feel, catchy tune and easy to remember lyrics.

The track was performed live for the first time last summer to a crowd of over 20,000 people at Manchester Mela on the BBC Asian Network stage by Metz ‘n’ Trix. The response was phenomenal which led to the song being championed throughout the year by key DJ’s on the network.

The response for ‘Has Has’ since the release has been amazing including the song being No.1 in the iTunes World Music Chart, No.1 BritAsia TV official video Buzz Chart, No.2 in the Offical Asian Download Chart and No.1 Buzz Asia Charts (London).

Again, the dynamic duo of Metz and Trix have made their impact on the British Asian music scene with music and songs which are chart toppers. Every time we meet the guys we always get a great greet from them and we know there’s a lot more to come from them yet!

Sasha is a fashion graduate/model with a passion for reading, writing, arts, culture, theatre and philanthropy work. She is inspired by ‘BE the change you want to see’ and firmly believes that ‘Education is knowledge and knowledge is power’.
Garry Sandhu to quit Music Career
Brit Asia Music Awards Nominees 2012