British Asian MP Naz Shah has been suspended from the Labour Party for making antisemitic remarks on Facebook before she became an MP.

"What Naz Shah did was offensive and unacceptable."

British Asian MP Naz Shah has been suspended from the Labour Party after her antisemitic comments surfaced on social media.

A spokesman from the Party confirmed: “Jeremy Corbyn and Naz Shah have mutually agreed that she is administratively suspended from the Labour party by the general secretary.

“Pending investigation, she is unable to take part in any party activity and the whip is removed.”

It showed a geographical outline of Israel, complete with the heading: “Solution for Israel-Palestinian Conflict – Relocate Israel into United States.” 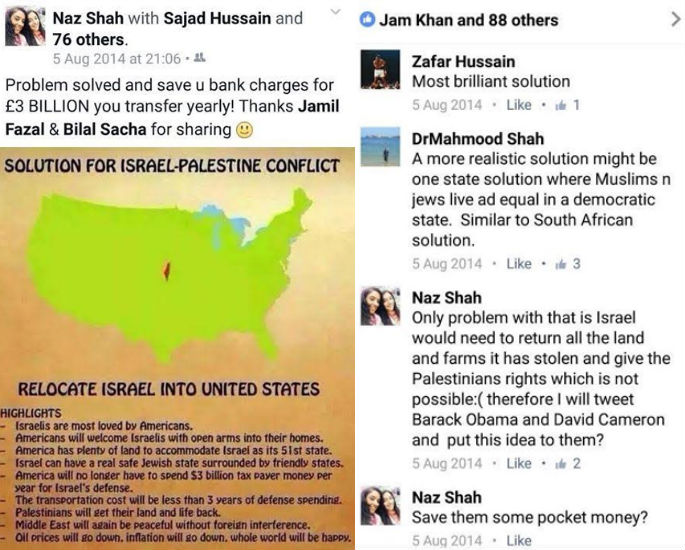 Guido Fawkes said in their post on April 26, 2016 that Naz had verified the authenticity of the post and accepted responsibility.

It was on the same day that she resigned as a parliamentary assistant to the shadow chancellor, John McDonnell. She also issued an apology expressing her deep regrets on Twitter.

On the morning of April 27, 2016, Naz met with Labour leader Jeremy Corbyn who said in a statement later: “What Naz Shah did was offensive and unacceptable. I have spoken to her and made this clear.

“Naz has issued a fulsome apology. She does not hold these views and accepts she was completely wrong to have made these posts.”

Corbyn initially decided a suspension was not necessary, and some party members defended her, saying: “We are not suggesting she is antisemitic. We are saying that she made remarks that she does not agree with.”

When Naz later addressed the MPs in the House of Commons, she said: “I wholeheartedly apologise to this house for the words I used before I became a member.

“I accept and understand that the words I used caused upset and hurt to the Jewish community and I deeply regret that.

“Antisemitism is racism, full stop. As an MP I will do everything in my power to build relations between Muslims, Jews and people of different faiths and none.” 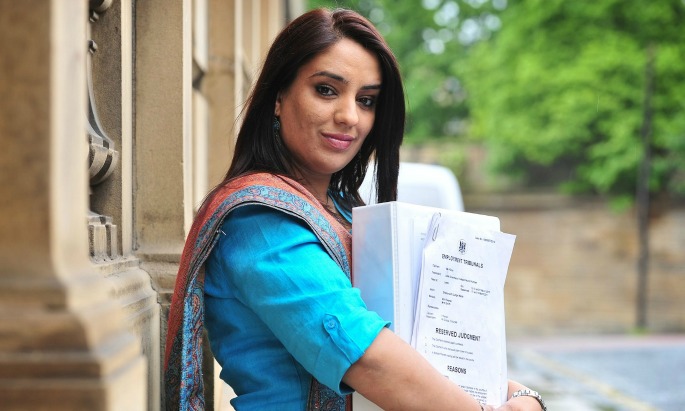 However, pressure from British Jewish organisations and no least the Conservative Party forced Corbyn to suspend Naz.

The British Asian MP has since written an apology letter on Jewish News, saying: “The manner and tone of what I wrote in haste is not excusable…The language I used was wrong. It is hurtful.

“For those that I have caused hurt to, particularly the Jewish community, my constituents, friends and family, I sincerely hope my intentions and actions from here on in will win back your trust and faith in me.”

But her apology has not fared well with the public, with many calling her ignorant and insincere and only a handful commended Naz for owning up to her mistakes.

Are you sorry that you were caught, or that you held/hold these beliefs, @NazShahBfd?

In the meantime, the Labour Party’s national executive committee will launch an investigation to look into the allegations made against her.

Images courtesy of The Guardian and Guido Fawkes