Hasan Raheem released ‘Nautanki’, the title track of his debut album. However, listeners were unimpressed and trolled him.

“You should stick to your good looks and not sing my love.”

Pakistani singer Hasan Raheem has dropped a music video for ‘Nautanki’, the title track of his debut album. While the visuals are appealing, the song has been trolled by listeners online.

The music video is a sight to behold due to the art and lavish displays.

Hasan tweeted a teaser of the video along with a link.

However, the song left some listeners unimpressed, and many expressed their disappointment.

The video sees Hasan struggling to contain his emotions as he walks out of his beautifully lit bathroom to receive letters from an unnamed individual.

He is suddenly drenched in blood and takes off his shirt, wipes his face and confusingly begins to take several selfies showing off his biceps.

He then goes on to lie down on his bed, swiping left on the queens visible on a board where there’s supposed to be a mattress – symbolic of his affection for women.

A visibly agitated Hasan then picks up a rose and looks out the window of his room.

Hasan drinks a glass of what appears to be milk before going on to take food out of the freezer.

After eating some cookies, he returns to the bathroom where he plunges his face into the toilet, struggling to puke out all his emotions.

While the emotion behind the video was evident, the concept had fans bemused.

One person wrote: “So disappointing.”

Trolling the singer, another said:

“You should stick to your good looks and not sing my love.”

Among the trolling were many complaints about the musician’s talent.

A second mocked him and said: “It hits differently on mute.”

“Do something different, this man has the same flow in every song!”

One comment read: “Stop singing for the sake of holy heaven.”

Despite the trolling Hasan Raheem received on Twitter, many listeners and fans appreciated the hard work the artist put into presenting the song.

One user said: “No one can lie, the background set-up was incredible and the transitions, editing and movement of this video were super smooth.

A second listener said: “Hasan – A master of turning everyday settings into expressions of art.”

A third shared: “The cinematography blew my mind, unparalleled levels of talent by your camera crew.” 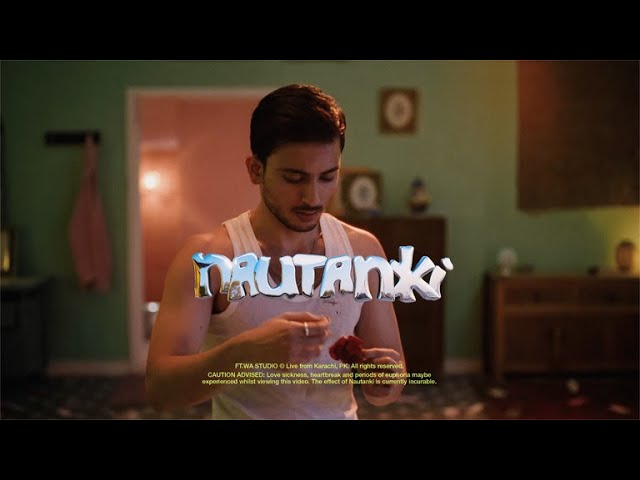 Ilsa is a digital marketeer and journalist. Her interests include politics, literature, religion and football. Her motto is “Give people their flowers whilst they’re still around to smell them.”
Yo Yo Honey Singh adores Uorfi Javed’s Bold Style
Shehnaaz Gill & Guru Randhawa ooze Chemistry in ‘Moon Rise’