Katrina Kaif rules the Sands and Sea in Vogue

Katrina Kaif may have missed Cannes 2016, but she is here to remind us of her mesmerising beauty in a sizzling beach photoshoot for Vogue India.

"Sometimes we mix the personal and the professional too closely."

In the scenic pictures, the Bang Bang actress turns beach girl with a hippy tint, styled by editor in chief of Vogue India, Anaita Shroff Adajania.

Kat dons a striking multi-coloured sequined number from Tom Ford’s Spring/Summer collection, as she sizzles on one of the hottest magazine covers.

She looks amazing in matte make up and beach textured hair by Daniel Bauer and Bianca Hartkopf.

Combined with the turquoise blue sea at the backdrop, Katrina looks as mesmerising as a mermaid. 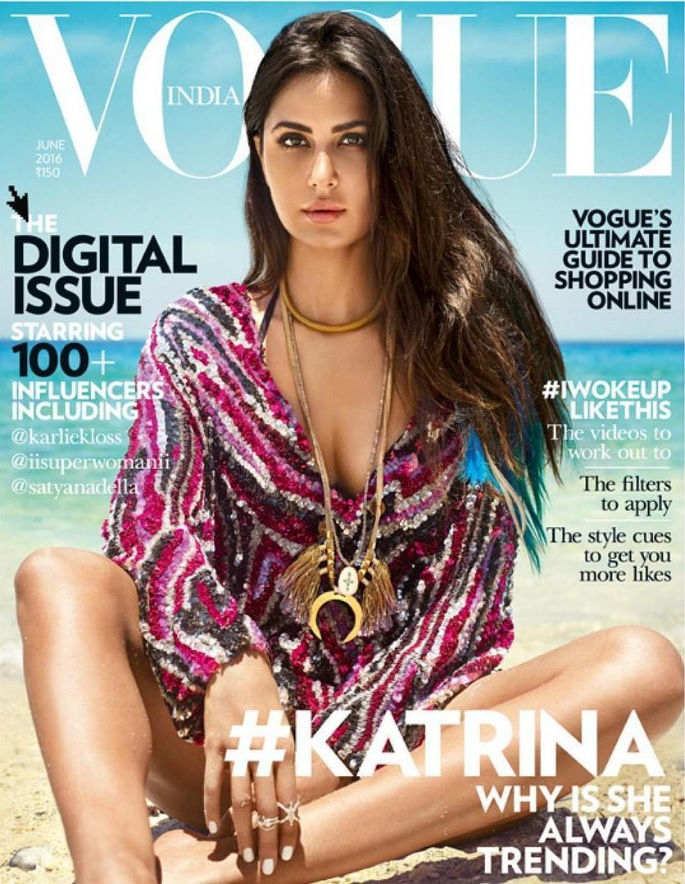 Inside the magazine, the stunning star sports a Chromat bikini top, complemented with a blue Moeva London bikini bottom to send the temperature soaring further.

Katrina resembles a Boho queen in a long side slit outfit by Rochas with beautiful mermaid beach waves on her hair.

The star has a whale of a time! Quite literally as she swims with the mighty aquatic creature for the shoot, captured beautifully by photographer Luis Monterio. 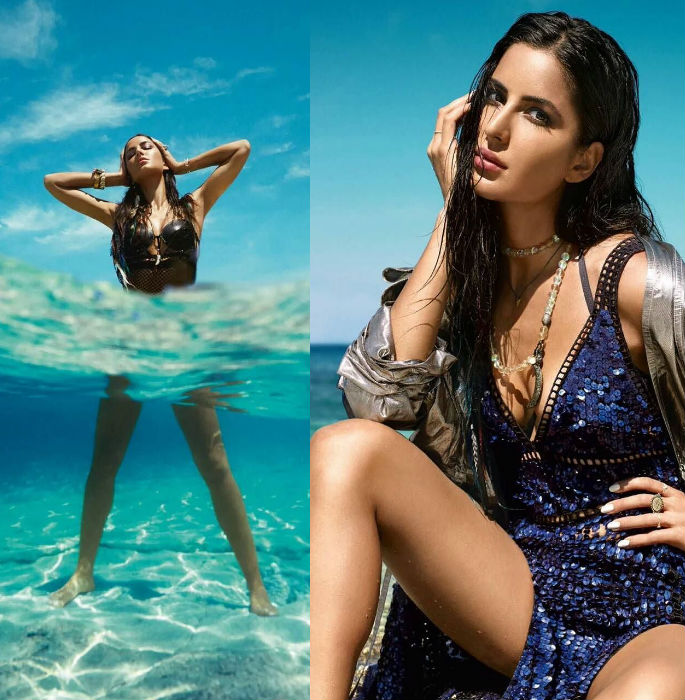 In her ninth Vogue India cover, Katrina talks about her silence regarding her former relationship with Ranbir Kapoor:

“All Cancerians are guarded to a certain extent. That’s the way it is. It’s also just about being a girl.

“It involves another person who is not in your control, which means you’re going to be speaking for yourself and that other person, constantly making changes and updates, you know?” 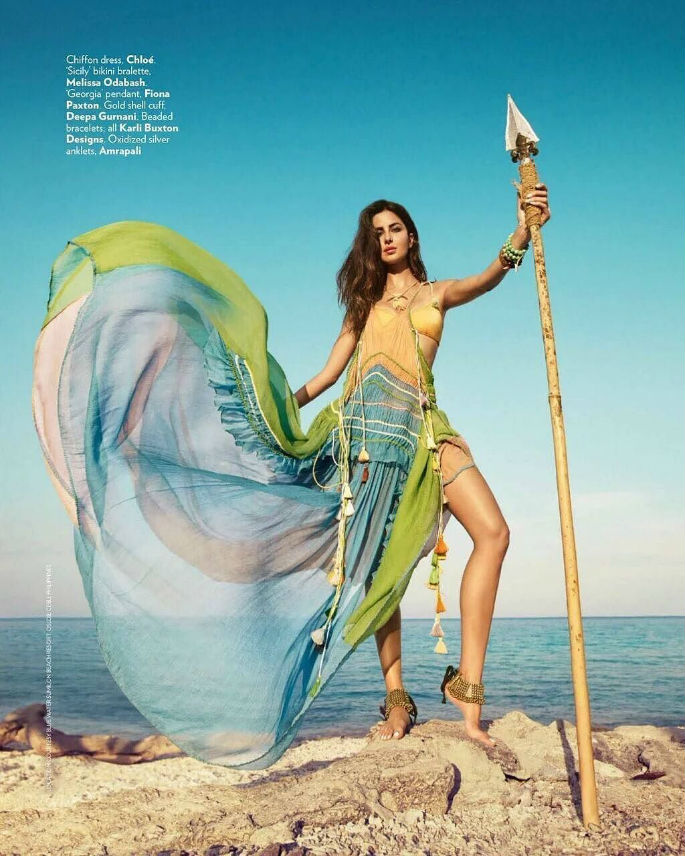 She also adds that she has wised up to the ways of the film industry and mentions that Bollywood can be a shaky turf when making friends:

“I think I no longer make friends in a way that I am too attached or dependent on people.

“This is the film industry and this is a place of work and sometimes we mix the personal and the professional too closely.”

On the work front, Katrina has two films lined up. She will share screen space with Ranbir in Jagga Jasoos and Sidharth Malhotra in Baar Baar Dekho.