The two queens of Bollywood, Aishwarya Rai Bachchan and Katrina Kaif, haven’t been the best of friends, thanks to their ex in common, Salman Khan. However, all seems to have changed as both actresses have been socially bonding again at various events.

Katrina replaced Aishwarya and became immortalised as a 'barbie doll'.

Things seemed to have turned around for heroines Katrina Kaif and Aishwarya Rai Bachchan, who have been at loggerheads for many years now. What links these two together is their history with Salman Khan, who once had a love interest for both.

According to a source, the two actresses began exchanging pleasantries again after a recent icebreaker on the sets of Dhoom 3, instead of steering clear of each other.

In addition, just last week, Katrina was seen at Bachchan’s Juhu residence, ‘Jalsa’ for their Diwali party. It was rumoured that Aishwarya personally invited Katrina. 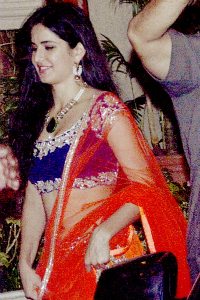 Katrina Kaif’s recent appearance at the Bachchan residence for Diwali celebrations surprised many.

Since Katrina has been like a family member for the Khans and has always been loyal to them, she was never really a regular at the Bachchan celebrations so this raised a few eyebrows as she was also spotted with Ranbir Kapoor.

The actress has also built a good friendship with Abhsihek Bachchan after working with him in Dhoom 3.

At the celebrations Katrina looked stunning in a red and royal blue lehenga, while Ranbir was looking handsome in a black indo-western (bandhgala) suit.

Even though the entire Bollywood family was present, all eyes were on Katrina Kaif and Ranbir Kapoor. They have been avoiding the cameras ever since their private beach pictures were leaked by the press.

It is not just Salman Khan who has caused problems between the two queens of Bollywood; in the past, Katrina replaced Aishwarya and became immortalised as a ‘barbie doll’. Kaif had also been given the Nakshatra diamond endorsement assignment, which was originally for Aishwarya.

This created immense competition between the two.

But today, there seems to be no awkwardness or bitterness between the ladies and things have changed for the better.

Ash and Salman had a famous love story. Beginning on the sets of Hum Dil De Chuke Sanam (1999), their chemistry on screen and off screen did not go unnoticed. They made a stunning couple and the media could not stop talking about them. Things were perfect for them during the years 1999-2001, always being seen together and visiting each other. 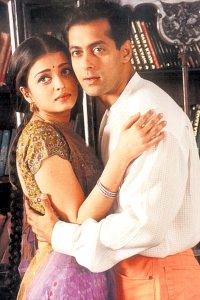 However, the couple broke up in March 2002, Aishwarya took the decision as Salman admitted that he was not faithful to her. But Khan couldn’t accept the denial and retaliated back.

His behaviour drastically changed as Aishwarya accused Salman of harassing her and her family. Even the Rai family formally lodged a police complaint against the misbehaving actor. Things have calmed down over the years and both are carrying on with their lives.

Salman and Katrina’s story never failed to stay out of the headlines. He introduced her into Bollywood and kick started her successful career and continues to support her.

Katrina always thinks highly of Salman and vice-versa. She is not only good with Salman but also with his family, regularly attending their events.

In the early years of their relationship, even though they never openly admitted to dating, both were very passionate about each other. Chemistry between Salman and Katrina often surfaced through their interviews. 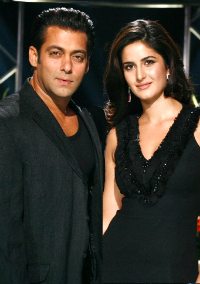 Soon after, Katrina’s career in Bollywood started to fly high as she started getting offers from all the big production companies. It was during this time, when she agreed to do a film with the dashing Ranbir Kapoor, where things began to take a turn for the worse.

Kaif was taken away by Ranbir’s charm and mannerisms, their personalities matched well and the couple took an instant liking for each other. Their film together, Ajab Prem Ki Ghazab Kahani (2009), became a huge hit at the box.

Salman and Katrina remained friends unlike the end results of his past relationships. Their bond has remained strong and they are comfortable with each other, allowing them to do Ek Tha Tiger (2012) together which was a huge success.

As of now it is rumoured that Katrina is dating Ranbir Kapoor and the couple appear to be besotted with each other.

There will be many more upcoming events that see Ash and Katrina in the same room together, but it appears that they have put their differences behind them and are starting afresh with simple pleasantries.

Meera grew up surrounded with desi culture, music, and Bollywood. She’s a classical dancer and mehndi artist who loves everything connected with the Indian film and television industry and the British Asian scene. Her life motto is “do what makes you happy."
Ram-Leela ka Rang is an Epic Romance
Gori Tere Pyaar Mein stars Imran and Kareena