The three gorgeous Bollywood superstars truly are a sight to behold.

Aishwarya Rai, Katrina Kaif and Sonam Kapoor have unveiled their newest beauty advertisement, and it’s something you need to see.

In a commercial for L’Oréal Paris, the Bollywood superstars join the likes of Julianne Moore and Eva Longoria to promote the La Vie En Rose Lipstick collection.

Back in September 2015, Ash and Sonam starred in a similar advert for the beauty product, with a noticeable absence from Katrina.

Yet, the most recent commercial sees the three gorgeous ladies working together, and they truly are a sight to behold.

Draped in light pink satin gowns, all of the L’Oréal ambassadors are seen sitting seductively around a piano, which also seats the talented John Legend. 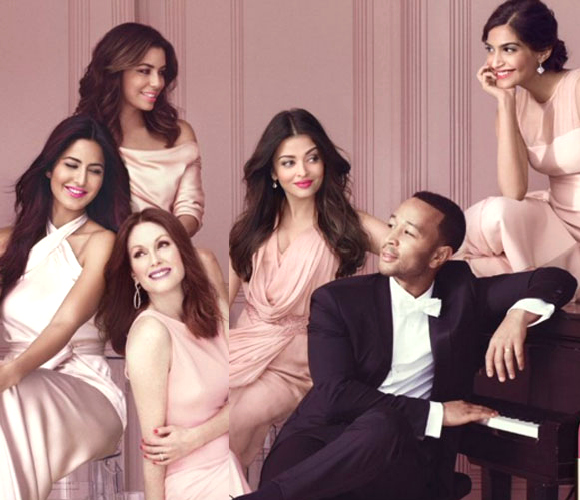 Wearing their signature lipstick shades, the ladies look flawlessly perfect, and we can’t get enough of them.

Although this is the first commercial where Ash, Katrina and Sonam have starred in all at the same time, the three Bollywood beauties have actually promoted the L’Oréal brand together before. 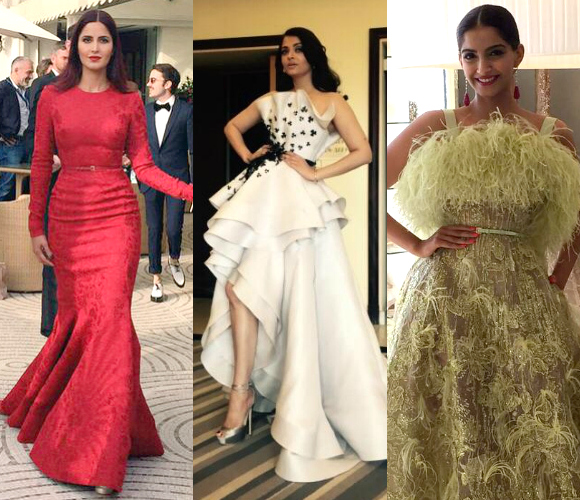 The Cannes Film Festival in 2015 saw each actress take over the L’Oréal Paris India Twitter page for a day, showcasing sneak peeks at their make-up and outfits, and walking the red carpet in honour of the cosmetics brand.

As well as being tied up to their beauty endeavours, all three of these gorgeous girls have jam-packed schedules back in B-town too.

Katrina has recently revealed plans to allot 25 days to promote her role in the movie Fitoor (2016), whilst Ash is busy filming Sarbjit (2016).

Sonam is also swamped with movie roles, her most recent one being for Neerja (2016), due to be released in cinemas on February 19, 2016.

Although Aishwarya, Katrina and Sonam have extremely busy schedules, they still remain flawlessly beautiful, as seen in the L’Oréal ad.

Will they ever have a hair out of place?