Another Dharma Productions installment, Gori Tere Pyaar Mein, releases on November 22, 2013. Produced by none other than Karan Johar, it stars Imran Khan and Kareena Kapoor Khan.

"She kind of wants to take on the world. She thinks it’s her responsibility to do that."

In the new romantic comedy, Gori Tere Pyaar Mein, ‘Only Love Can Bridge The Gap’ for Imran Khan and Kareena Kapoor Khan.

This crazy pair with opposing ideologies are forced to get their relationship back on track, while facing challenges along the way in a rustic Indian village, through politics, corruption and villagers who are oblivious to it all.

The story is about two love birds in the city of Bangalore who breakup due to a difference of opinion. Sriram Venkat, played by Imran Khan, is a guy who is a self-centred architect. 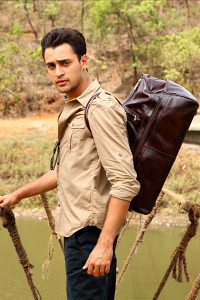 In an exclusive Gupshup with DESIblitz, Imran explains: “Gori is a story of two very very different people. My character, Sriram is a selfish, self-involved guy. He is a character who doesn’t care about anything, or about anybody other than himself.”

Dia Sharma on the other hand, played by Kareena Kapoor Khan, is a young activist from Delhi who is strong minded and cares little for her own safety:

“She’s up for taking any sort of protest, any sort of good cause. Whether it’s corruption or stray dogs. She just wants to be out there. She kind of wants to take on the world. She kind of thinks it’s her responsibility to do that,” says Kareena.

Sriram betrays Dia for another girl and she departs from his life. He realises soon enough that Dia is his true love and he will stop at nothing to get her back.

Sriram takes a journey to a rural village in Gujurat called Jhumli, where Dia has settled in for some months now, to save the villagers from hardship and gain them their independence.

Challenges are faced by Sriram as he tries to learn the village ways but Dia thinks he will not be able to hack it although she later realises his true potential. 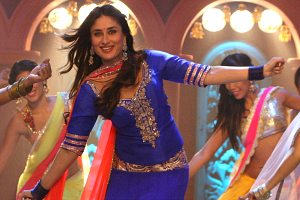 Directed by Punit Malhotra, this is his second film partnering up with Karan Johar. The story of the film went through numerous drafts and re-drafts as Punit tried to get his script right. Even Kareena’s hubby, Saif Ali Khan was selected to play a second hero:

“At one point of time this film was a two hero-two heroine subject. I only went to the boys. It was Saif and Imran. But for some reasons that didn’t work out. I then made it into a solo hero film,” Punit says.

Casting was another issue during the early stages of the production as both Imran and Sonam Kapoor were offered the roles for the film.

Imran declined the offer as he had some issues with the script, which then was passed to Shahid Kapoor who also turned down the role. Sonam declined as she didn’t want the public to feel that she was cast due to her relationship with the director.

The cast of the film was eventually signed to Kareena to play the lead lady and Imran also came back onto the project. Later in the production, Shraddah Kapoor also joined forces in the Gor Tere Pyaar Mein clan and will be seen playing a supporting role.

Initially Nargis Fakhri was signed to be in the item song, however there were conflicts in the shooting therefore the role was passed down to Esha Gupta instead.

It has been said that Avantika (Imran Khan’s wife), will give a quick appearance in the second half of the film. She believes it will give some luck to the film as it has done in previous films she has appeared in like Jaane Tu… Ya Jaane Naa (2008), I Hate Luv Storys (2010) and Ek Main Aur Ekk Tu (2012). 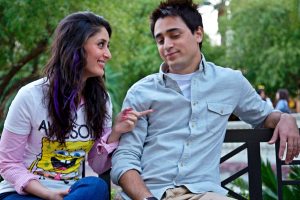 During their first trailer release, Kareena stated that she was very excited to do the film as she has never played a part where she would have to film in a village. Karan stated: “We locked her up.”

She was sent to 8-9 villages around India for two months for research where she was able to experience village life, meet the different head councils from the various villages she visited, bringing back memories from specific heads (sarpanch’s).

Kareena said: “I used to wake up every day at 5:30 in the morning”. To which Karan replied: “Dubai time.”

In the last film Imran and Kareena did together, Kareena’s character chose to be friends with him and not love him. This time in Gori Tere Pyaar Mein love will definitely be attained by Imran’s character as he stated:

During the music release the actors were not to be seen, the purpose of this was that it was to stay as a music event and not to turn into a film event. To keep the true sense of the music event, director Punit Malhotra and music producers Vishal-Shekhar were present.

At the launch Punit mentioned that Kareena was excited for the song ‘Tooh’ and had a blast on set as they were able to do it in one or two takes. He said: “No one can do Punjabi better than her.”

Punit mentioned that the music is really strong crediting himself, as he put a lot of effort and heart into creating the right sound for the film. In the soundtrack there are a lot of new voices, as Vishal stated: “It’s a mix bag of new voices and experts.”

There are a variety of songs in the album including a village song, an urban song, and romantic songs from both ‘desi’ and urban contexts. The team are very confident about the music they are putting out.

Punit insists that Gori Tere Pyaar Mein is far deeper than a romantic comedy and could redefine how rom-coms are perceived. It is rumoured that the story is based on Punit’s experience of a past relationship which didn’t work out. He went to the village but was kicked out instead and therefore didn’t attain his love. However, in his film version, Imran will get his love back.

Releasing from November 22, 2013, be sure to watch Sriram take on challenges in the village of where his love resides, in order to win her heart all over again.

Nadeera is a model/dancer hoping to take her talents further in life. She likes to carry her dance talent in charity functions and is passionate about writing and presenting. Her life motto is: "Live life over the top!"
Are Aishwarya Rai and Katrina Kaif Friends?
Bhaji in Problem features Akshay Kumar