Indians get shocking Racist Abuse from Woman on Train in Ireland

Indian passengers get shocking racist abuse from a woman on an Irish train. The incident was captured on video by a Twitter user, which has now gone viral.

"She was literally sitting beside them, screaming bloody murder in their faces."

Viral videos have emerged on the internet, showing a woman hurling racist abuse to Indian passengers on an Irish train.

The incident took place on 16th April 2017 in Dublin, as the Irish Rail train made its journey between Limerick Colbert to Limerick Junction.

The videos display an unidentified woman telling the Indian passengers to “f*** off back to India”.

The racist abuse continued for an alleged 18 minutes, which supposedly began after an Indian passenger placed her bag on an empty seat.

The anonymous woman directed her racist abuse at the whole group. When one of them named her as “an old lady”, she gave the abusive comment.

Many commuters on the train recorded the incident, with one posting the viral videos on Twitter. Referring to the woman as a “disgusting racist lady”, Twitter user TheBexWay explained that there was no way to get help from Irish Rail staff.

She said: “Nope, no emergency button that is my point @IrishRail needs to provide protection for their customers.”

Watch the moment when the racist abuse begins: 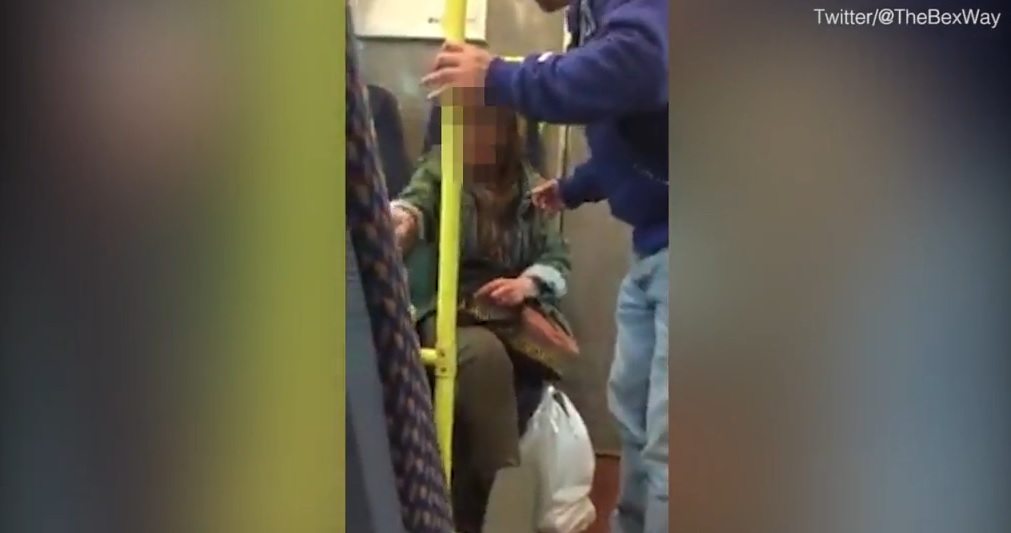 At one point, fellow passengers begin to stand up for the Indian commuters and call out the woman for her abuse. However, she also turned on them and said: “Do you have a problem as well ginger!”

TheBexWay also explained her shock and disgust of the racist abuse. She said: “You don’t really get the full effect of what happened from the video. She was literally sitting beside them, screaming bloody murder in their faces. It went on for almost the whole train ride.

“I didn’t feel safe. If that turned into a fist fight, there would have been nobody there to help us.”

Meanwhile, the Irish police have spoken about the incident to the Irish Independent. They confirmed that they will continue their investigations and trace the identity of the woman.

“People should be able to travel on our services without abuse of any kind. The footage is very clear and very shocking and we welcome the fact that another member of the public was able to assist in identifying the person involved.”

However, TheBexWay makes an important point in that Irish Rail staff had no way in helping the Indian passengers as witnesses could not contact them.

Perhaps this incident will prompt Irish Rail to do better in preventing these abusive attacks.