The third season of Quantico looks set to be intense and dramatic as filming shows Priyanka Chopra kiss her co-star Alan Powell in the streets of New York.

But don’t jump to conclusions – they were filming scenes for the upcoming series of the ABC-produced show. Judging by these hot pictures, it looks set to be more thrilling, with Priyanka stunning her fans as Alex Parrish.

They suggest the heroine will develop a closer relationship with Mike McQuigg (played by Alan). The filming required them to kiss and they certainly raised the temperature, locking lips together.

Looking intense and passionate, we’re sure Quantico fans can’t wait to see this particular scene. They will have to wait a while though, as the new season airs on 28th April 2018.

It wasn’t just the hot kiss that set tongues wagging. Priyanka also caused a frenzy by donning a sexy, black cocktail dress. Designed by Versace, the gown showed off the actress’ gorgeous legs with a high slit in the skirt.

With heels and a faux fur shawl, she looked elegant and sophisticated in this glamorous look. We also love her hair, styled into a short bob with tight curls. Finished with a bold red lip, the attire was perfect for the scene. 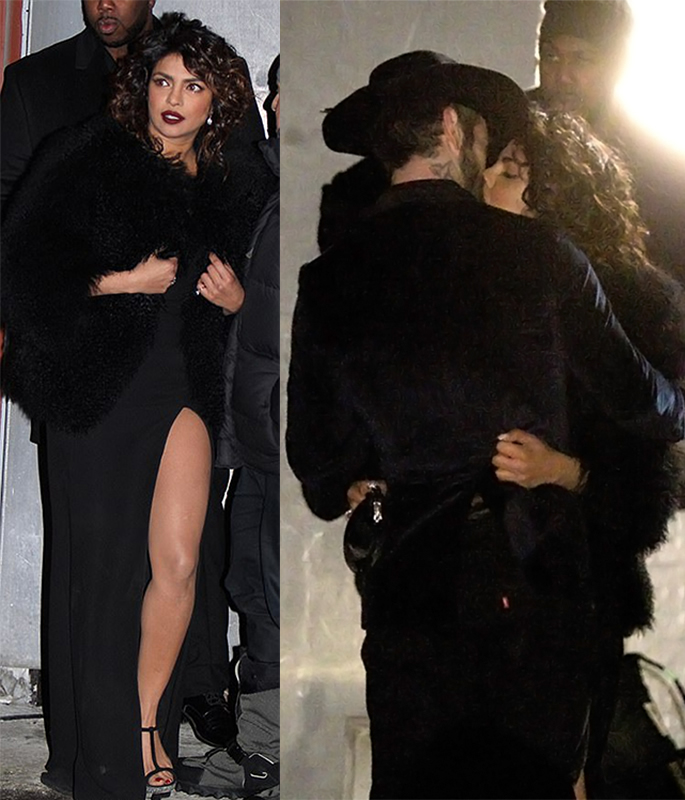 With these hot images, fans will wonder what the whole scene entails of. Perhaps Alex will go on a date with Mike? Or maybe they even attend a special, lavish event? Regardless, we can’t wait to see the moment in the full series!

It seems Quantico will show a bolder, edgier side to Alex Parrish. We have seen Priyanka drive around on a motorbike for scenes back in November 2017. These action-packed scenes also depict PeeCee covering behind a car and pulling out a gun.

In addition, filming has also witnessed her wearing an orange jumpsuit. She also sports a new look, her hair similarly styled into loose curls. 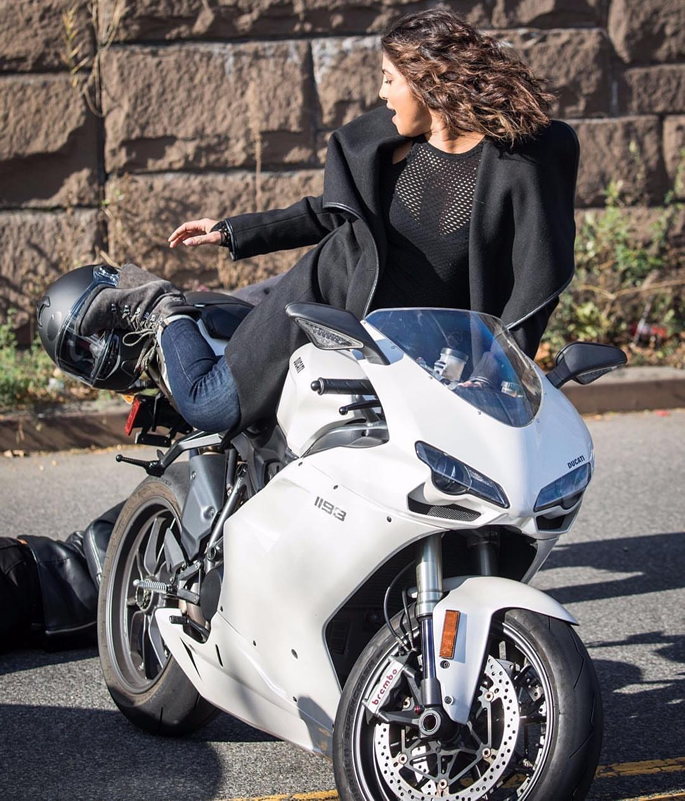 While these scenes suggest plenty of action and drama, producers have remained tight-lipped about Quantico‘s storyline. However, judging by the synopsis, it seems Alex will have to face a new, dangerous enemy. It reads:

“It’s been three years since American hero Alex Parrish has had to navigate the dangerous waters of the Central Intelligence Agency and put her life on the line for her country. She has been living a peaceful, anonymous life somewhere in Italy.

“However, Alex is forced to abandon this idyllic existence when Ryan persuades her to help him rescue Shelby from a notorious international arms dealer known only as The Widow, who is holding her hostage – and in exchange for her release she demands something that only Alex can provide.”

With just a few months left until Quantico returns, we already feel excited about its new series. Make sure you tune into its first episode, airing 28th April 2018!