Her layered pieces looked controversially comparable to traditional Pakistani wear, which was worn by a variety of the models and differed in lengths, colours and fabrics.

Speaking exclusively about her collection, Donatella stated: “With every collection I always push forward to something new.”

And she had done just that. Unlike many of Versace’s previous designs, the SS 2016 collection modestly concealed the models’ flesh and opted for minimal stylised layering. 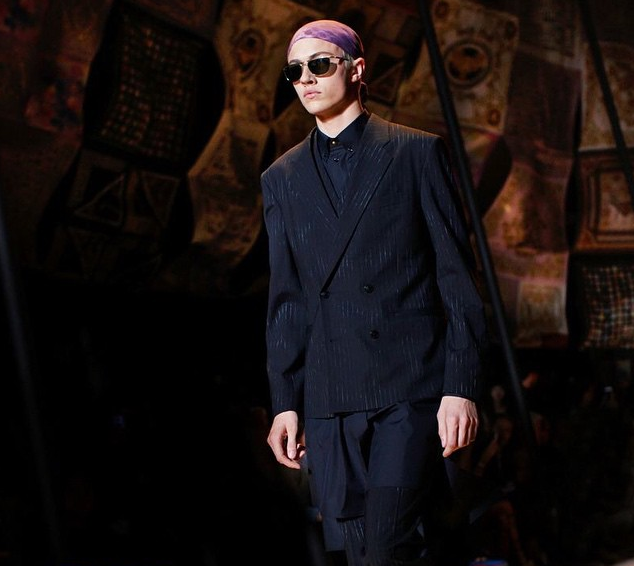 Reaction towards the Pakistani-esque collection has been mixed throughout social media.

“You can start wearing Indian clothes to work now, Versace has made the look acceptable in western society!”

Others, however, criticised the fashion house for not paying homage to the designs’ inspirations. @Bahawal7 posted:

“You should at least have had given some credit to the country from where this style actually originated.”

@reema__786 stated: “They took out salwar kameez concept wow.. Next will be turban and bhangra for sure.”

Although the salwar and kameez were mostly worn for cultural purposes, they are now major features within modern fashion culture.

Western celebs, such as Kendall Jenner and Emma Watson, have been seen sporting the multi-garment trend, but with modifications in their cut and fit.

With many other designers such as Christian Dior designing similar ‘dress over pants’ collections, traditional desi fashion looks set to become bigger than ever.