The annual London Collections: Men showcased some of the biggest designers of men’s fashion. DESIblitz were there to see all the big trends of Spring/Summer 2016.

"There is no doubt that men’s fashion in London is a cut above the rest."

Dylan Jones, Chair of LCM announced that the tremendous success achieved by the event year on year reflects the growing popularity men’s fashion is experiencing.

The men’s clothing market has seen a sales rise of 22 per cent in the last five years to reach £13.5 billion in 2014, indicating a faster growth rate than womenswear.

Dylan Jones added: “[The] enthusiasm … has completely outstripped any expectations. We now have a generation of young men who are far more interested in fashion than any previous generation.” 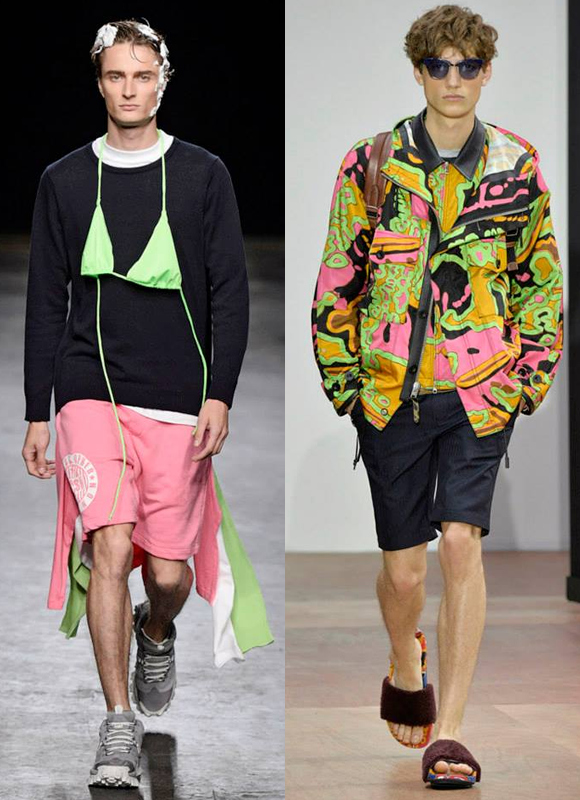 The Mayor of London, Boris Johnson showed delight in supporting an event that showcases ‘some of the best menswear designers in the world’:

“There is no doubt that men’s fashion in London is a cut above the rest,” he added.

If we took away anything from the LCM runway, it’s that the looks for spring summer 2016 will only get bolder and braver.

Eccentric, unusual and overdesigned were some of the reactions given to the experimental designers that forayed into unfamiliar fashion territories with new styles and textures. 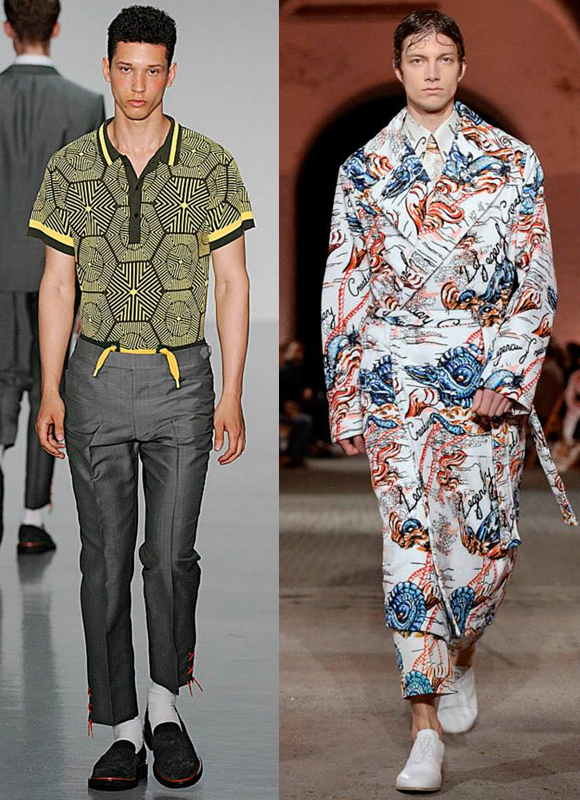 Christopher Shannon had bikini tops and remains of shaving foam on the models’ heads.

Sibling had their models coming out with pom-poms, and others in leggings with their butts sticking out.

Alexander McQueen’s collection included sea monster print and naval tattoo embroidery. Whilst it captivated the eyes and attention of the audience, it was sceptical whether these designs would work on men – outside of the catwalk. 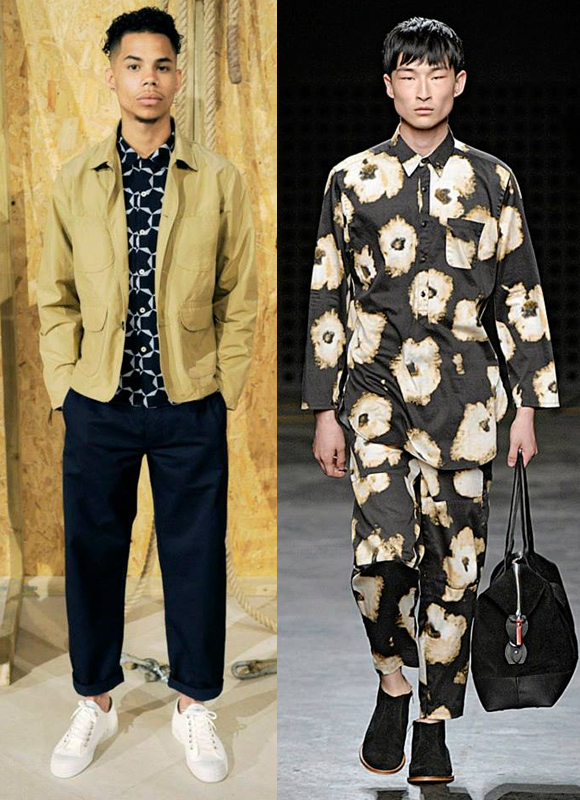 The better received collections were those that were confidently quiet and took a naturalistic approach to their designs.

The Universal Works had tan, white, and navy blue as staple colours, and used pattern minimally.

Agi & Sam, Oliver Spencer and JW Anderson focused on zip ups and the normality of their collection, which particularly worked well in the jackets with hues of blues and greys. 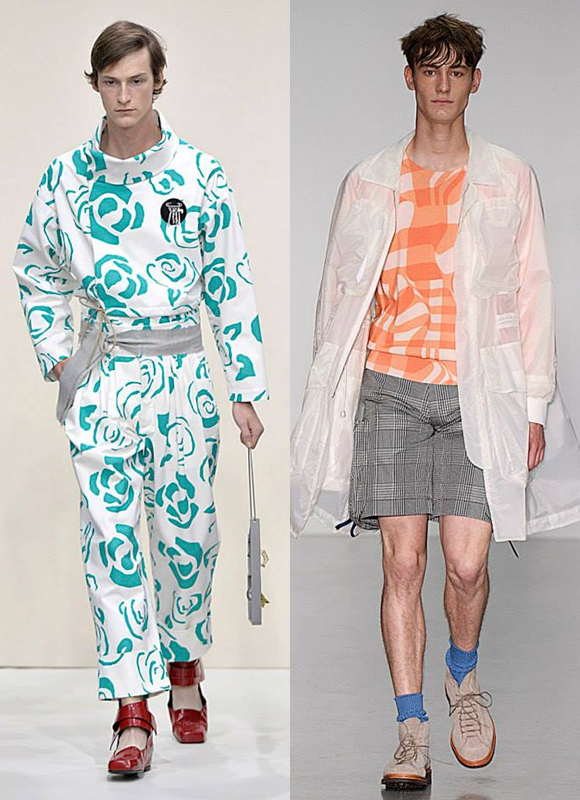 There was a distinctive Asian feel to Astrid Andersen’s metallic based collection.

The ethnic feel was reflected in its silhouettes and the fabrics, with many embroidered striped silk separates including hooded wraps, wide pants, billowing oversized t-shirts and baggy shorts. 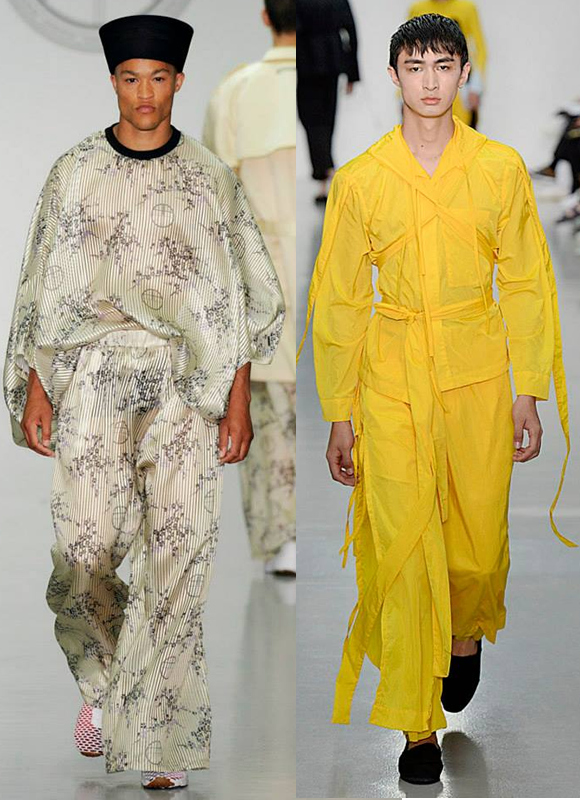 Tom Ford’s show saw dapper three piece suits – a signature of the sharp and sexy identity that Ford’s brand is associated with.

Burberry ended LCM on a high with another refreshing collection and made it a star-studded affair. The celebrity front row included Suki Waterhouse, Nick Grimshaw, Samuel L Jackson and many more. 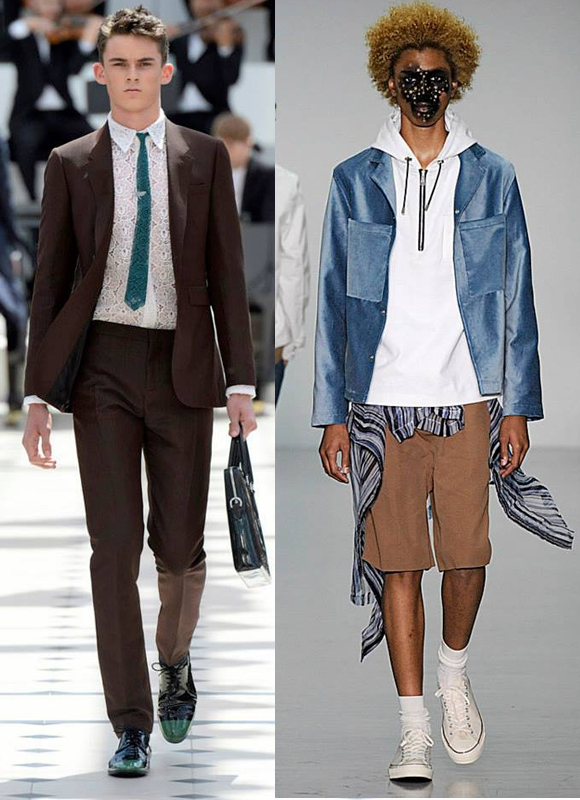 The designer showcased lace ties, lace shirts, cashmere joggers and of course, its signature trench coats. The seasonal variety in its collection proved Burberry’s conscientiousness as a global brand which retails to over 50 different countries across the world.

The aim for many of the designers at the showrooms was to allure buyers, particularly international and also raise awareness of their brand.

Since the LCM’s conception in June 2012, the attendance from American press and buyers has risen by 81 per cent.

From Europe and China, it has risen by a tremendous 91 percent and 185 per cent respectively. Thus, LCM was an unmissable event for many designers seeking international exposure. 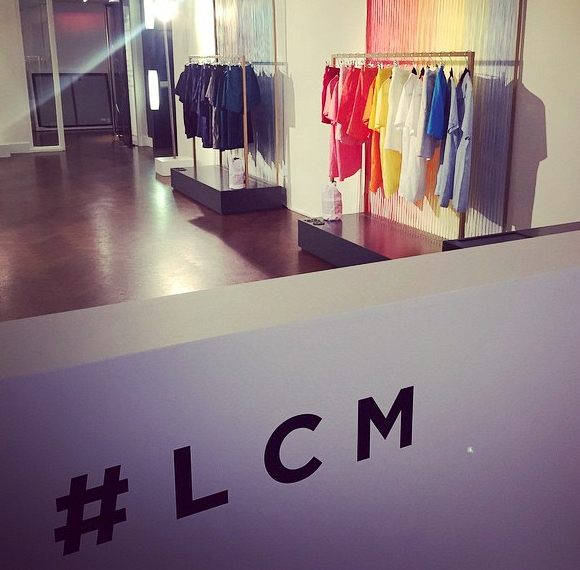 For some, LCM is special because of what it aims to promote. Nik from Ada x Nik, a dark matter contemporary designer duo, said:

“London’s a very special place for us as it’s where both of us grew up. Our inspirations for our collection are influenced by British Punk.”

Benj Lee from Passavant and Lee, an accessories brand known for their hard shell leather briefcases, conveyed how showcasing in London, ‘a creative hub’, was ‘something they could not miss’, as all of their products are made in the UK:

“We were keen to support British manufacturing as it creates jobs and also helps the economy to thrive.”

Designers also revealed the key trends for spring summer 2016: “We’re seeing a lot of block colours and are moving away from patterns,” said David and William, the founders of Make Your Odyssey, a resort swimwear brand.

Ting Hsu from St Piece, a brand that specialises in pocket squares believes that sophisticated fluorescence and light colours like turquoise are being used more in the colour palette. 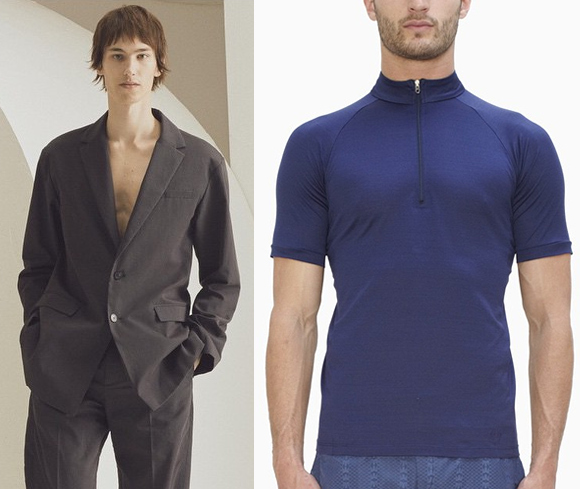 Less does seem to be more, with a lot of designers now opting for minimalistic and simpler aesthetics:

“Our collection for spring summer 2016 is very different from our previous ones. We are now focusing on cleaner, simple aesthetics and soft silhouettes,” said Ivan from Qasimi, a ready-to-wear menswear brand based in UAE.

“There is a mashup between casual and modern,” said Chris Brogden from CSB London, a sportswear brand that uses no stitching on their garments.

Other interesting designers at the showrooms included Michiko Koshino, well known for their inflatable jacket that was displayed at the V&A museum, Antinoise, a leather jacket company inspired by The Terminator and Black Eyewear, inspired by 40s, 50s and 60s Jazz.

From jackets to pocket squares, everything a man could need in his wardrobe was showcased for spring and summer 2016 at London Collections: Men.

The success of this event and its immense growth has reinstated once again that London is a key fashion destination for men.