GQ India hosted their annual Best Dressed Men of 2015 in Mumbai on Friday 12 June. With Bollywood celebs dressing to impress, DESIblitz reports on the standout stars.

"Not surprisingly, joining the ranks of these dapper gentlemen is Akshay Kumar."

Celebrities including Huma Qureshi, Anil Kapoor, Jhataleka Malhotra, Ali Fazal, and other Bollywood stars made sure they were draped in designer labels for the weekend’s established celebration.

“The Best-Dressed Men in India 2015 is our annual tribute to the razor-sharp set of individuals who combine flair, intelligence and innate style to set the country’s sartorial gold standard. 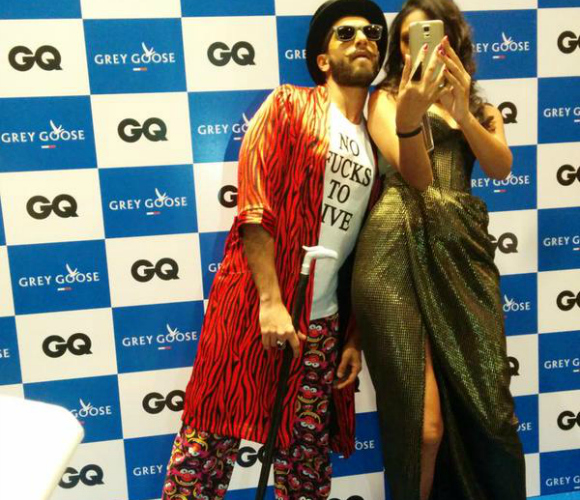 “Buoyed by the past success of the Best-Dressed franchise, we set our ambitions high for the sixth edition, and the result: a sleek 80-page book featuring The List, produced independently of the main issue for the first time.

“Not surprisingly, joining the ranks of these dapper gentlemen is Akshay Kumar, the cover star of our June issue, easily the fittest 47 year old alive,” Kurrien added.

Arjun Kapoor joined Akshay at the awards, and was presented with a Rado timepiece for being the Best Dressed Man of the evening.

India’s most dapper men gather tonight at @gqindia‘s #GQBestDressed. It is the style extravaganza of the year! pic.twitter.com/BnylLm84s8

Other stars at the event were Dino Morea who opted for a navy blue suit with black rimmed panels, and Ali Fazal who sported a burgundy blazer with a classic bow tie.

Ranveer Singh outrageously pushed the fashion boundaries in his pyjama attire, wearing a statement t-shirt and a silk tiger print dressing robe, paired with slippers and a cane. Ranveer will be on the cover of the GQ Best Dressed June issue. 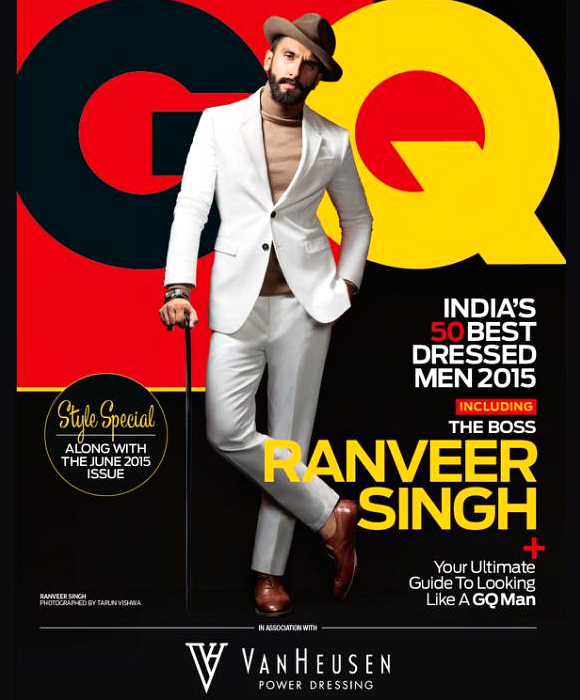 In a special mention, Kurrien said of Ranveer: “The eccentric gentleman on the cover, Ranveer Singh, is a past winner of GQ’s Most Stylish Award, and a dude who wields his style like a deadly weapon.

“Always looking to push boundaries and experiment, he never takes himself too seriously – a trait that makes him arguably the most relevant actor today.” 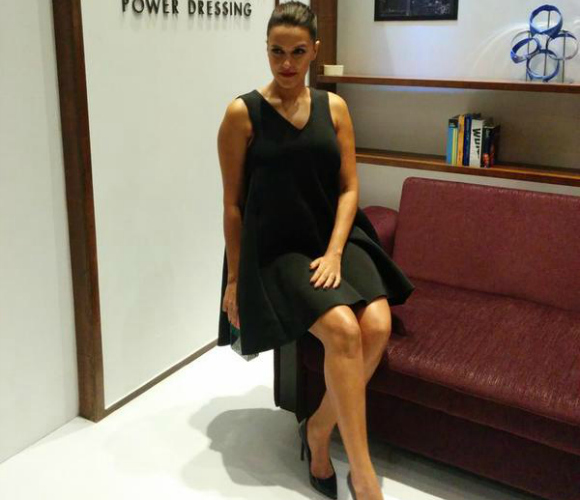 Taapsee Pannu brightened up the event in her yellow floral Kashmira dress, whilst Manasvi Mamgai stunned the crowds in her gold Shivan & Narresh number.

Poorna Jagannathan, however, wore an unflattering leather and net combo by Guuci which did nothing for her figure. Nevertheless, her sleek hair and simple makeup gave the star a touch of elegance. 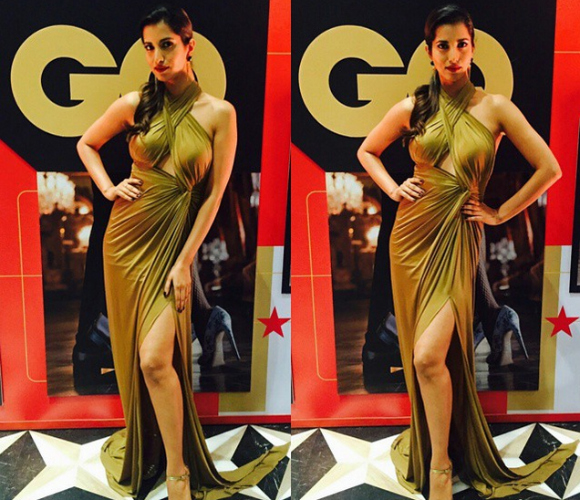 Whilst the 50 Best Dressed Men list is yet to be officially announced in the June 2015 issue of GQ India, we congratulate all the winners for putting India well and truly on the fashion map!