Mishqah Parthiephal stars on our screens as the charismatic Priya in The Indian Detective. In an exclusive interview with DESIblitz, she talks about the show, Indian culture in South Africa and her ambitions!

"Russell was so much fun on set! Every moment with him was funny."

Mishqah Parthiephal is a rising film and television actress. She recently graced our screens as the charismatic Priya in The Indian Detective.

Born in South Africa, the 26-year-old’s passion for acting began during her early years. Over time, she pursued the field and carved an impressive filmography.

Mishqah featured in many a variety of films such as White Gold (2010) and Keeping Up with the Kandasamys (2017).

The actress also appeared as Jessica in The Dance (2015). Premiering at the Durban International Film Festival, it explored the consequences of drug abuse.

However, The Indian Detective now marks a new step in Mishqah’s exciting journey.

In an exclusive interview with DESIblitz, she talks more about the show, working with Russell Peters and her childhood in South Africa.

Tell us about your childhood and background. Any fond memories?

I was born and raised in Durban, South Africa (SA). Durban is a very chilled laid back beach town on the east coast of South Africa. I’m the eldest of three siblings. My father is a chemist and my mother is a stay-at-home mum.

I spent most of Saturdays on the beach. I absolutely love all sports that involve water.

When did you first feel you wanted to act?

I’ve always been a bit of a goofball. All my home videos are of me fooling around with different South African accents. But it was in high school when I thought acting could be a viable career for me. 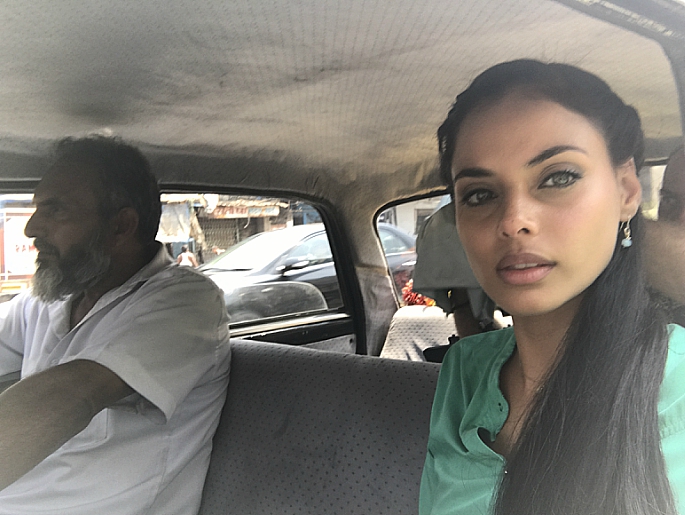 How did The Indian Detective happen?

I auditioned pretty late for the project. I think Priya was the last character to be cast. I was called in to audition, like everyone else before me. I got a callback and then casting called to offer me the role.

You play Priya Sehgal in very charismatic ‘Indian’ way – how did you adapt to her very Indian persona?

It was very challenging for me. The Indian culture in South Africa (what I’ve always been exposed to), is very different from India. Indian culture within SA has evolved a lot. Indians were brought to South Africa as slaves to work on sugarcane fields in KwaZulu Natal.

A lot of the language was lost along the way because of oppression. Priya is so grounded and connected to her Indian religion, culture and roots. I had to do a lot of research to try to get that right.

How was it working with Rusell Peters? Any funny moments from the set?

Russell was so much fun on set! Every moment with him was funny. He would always make us laugh, even during the serious scenes. He has this unique quality of finding humour in every situation.

What have been the reactions to The Indian Detective – especially for yourself?

There has been a lot of positive responses. But every individual has their own preferences. There will always be audience members who won’t take to what they are watching. 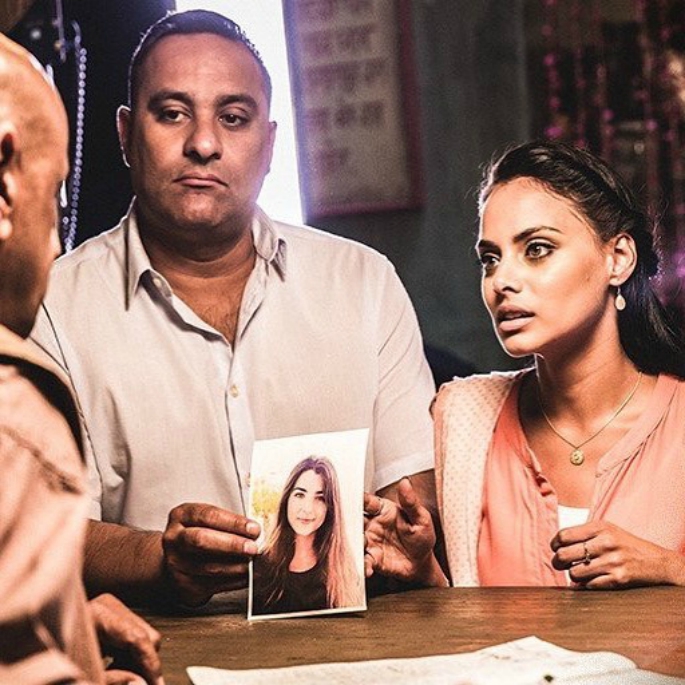 What would you say are the 3 things that are ‘most Indian’ about you?

I’m 4th generation Indian South African. My grandfather came to South Africa on a ship from India. My family is Hindu.

How supportive have your family and friends been for your career choice?

In the beginning, my family had their reservations. Acting is not an easy career choice. Work is hard to come by especially in South Africa. After they saw the passion and love I have for the film industry, they were very supportive.

South Africa is not usually seen as a place where Indian actors come from – what is the Indian community like there?

Like I said previously, Indians came to SA as slaves and were forced to work in sugar cane fields. The Indian culture within South Africa has evolved. A lot of the Indian South African don’t speak any of the Indian languages. The languages were lost through oppression and slavery.

Being enslaved was not our forebearers’ only dilemma but we were in Apartheid. South African only became liberated from Apartheid in 1994. Our democracy is still very young. Braving through these struggles, Indian South African managed to hold onto religion dearly.

The majority still practice Hinduism. Our food tastes very different from North Indian or South Indian food and we don’t speak much of the language.

What would’ve you done if you were not acting?

I love animals. So I probably would have been a vet nurse. Nursing sick and injured animals back to health. 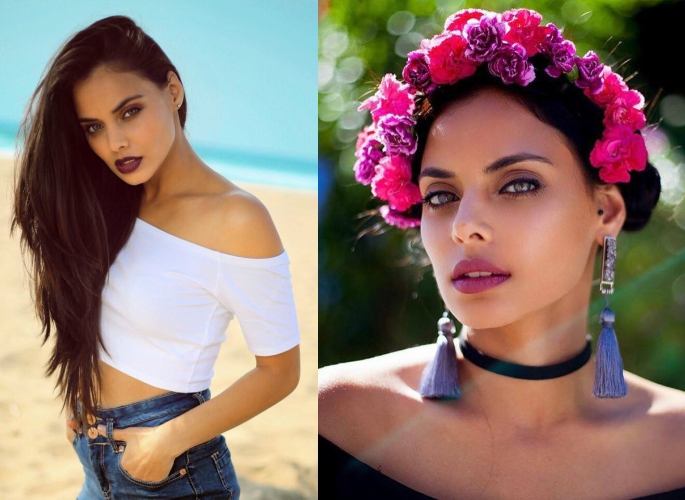 Priya is very different to me. She’s such a go-getter and brave. I’m ambitious, yes. But in a completely different way to Priya.

Priya is not afraid of failing or being challenged. I hate confrontation, It makes me feel uncomfortable and would rather say nothing than argue with someone.

What is your favourite Desi food?

What are your ambitions and aspirations?

I hope to get involved more behind the scenes in the future. I’d love to learn more about directing and producing films.

Through her words, Mishqah’s determination and passion for acting truly shines through. After impressing us in The Indian Detective, could she have the potential for a career perhaps even in Bollywood? We certainly think so!

She also hails as a remarkable figure from Indian communities within South Africa. Showing a closer connection to her Desi culture and roots.

With a promising career already forged, we can’t wait to see what lies ahead for Mishqah Parthiephal!

Make sure you tune into The Indian Detective, available on Netflix.

Images courtesy of Netflix, Mishquah Parthiephal and her Official Facebook.