Dion Vengatass will be looking to showcase his culinary skills, inspired by his Indian heritage, at the 2016 Rio Olympics. DESIblitz has more.

“Respect the ingredient and cook from the heart.”

Dion Vengatass, an Indian-origin chef, will be treating the South African Olympics team to a culinary delight at Rio 2016.

137 world-class athletes can count on Dion to keep them motivated with his mouth-watering creations at the 28th Olympic Games.

He will be preparing cold starters in the Hot Kitchen, as well as tapas for the Cold Table.

The 2011 winner of Unilever Food Solutions Chef of the Year says: “This is what I have worked for my entire career!

“Being part of a national culinary team is one of the greatest achievements for a chef in any country.

“Representing South Africa and wearing the national colours means a lot to me because I’ve always been a hardcore patriot.” 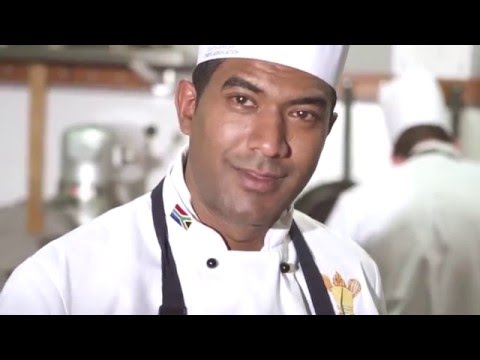 Dion studied catering and the hotel business in high school before pursuing management at the Swiss Hotel School, as NDTV reports.

Yet, his passion for cooking derive from spending time as a child with his grandmother.

He goes on to explain that such fascination for food and mastery of flavour have inspired his own morals in the kitchen: ‘respect the ingredient and cook from the heart’.

Playing a key role in the South African National Culinary Team is going to require him to display the same level of dedication and creativity.

It will no doubt present a unique challenge for the resident chef of Belmond Mount Nelson Hotel.

In addition to his Olympics responsibility, Dion has been gearing up for the IKA Culinary Olympics in Germany on October 22-25, 2016.

Along with six other renowned chefs, he will represent South Africa at the competition, creating a Cold Table display and serving a three-course hot menu to 110 people.