Amir Khan to fight for Pakistan in Rio Olympics 2016?

British-Pakistani boxer, Amir Khan, is considering fighting for Pakistan at the 2016 Rio Olympics in Brazil. DESIblitz explores the situation.

“I will be very happy if I can compete in the Olympics. I want to serve Pakistan.”

British-Pakistani boxer, Amir Khan, has revealed that he is exploring the possibility of fighting on behalf of Pakistan at the 2016 Summer Olympics in Rio de Janeiro, Brazil.

Born and raised in Bolton, UK, he has fought for Great Britain throughout his entire career.

When the International Boxing Association (AIBA) announced on June 1, 2016 that professional boxers would be allowed to compete in Rio 2016, Amir states his intention to represent Pakistan – the country of his father’s birth.

He says: “It’s a decision which I welcome. It will help boxers, and if I am permitted as per rules, and from my promoter, then I would love to compete for Pakistan.

“I will be very happy if I can compete in the Olympics. I want to serve Pakistan.” 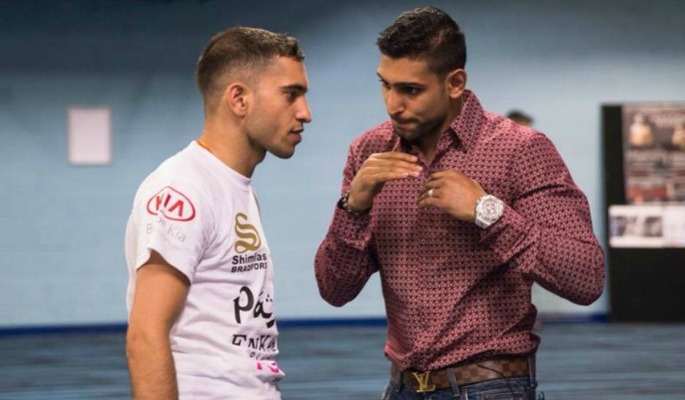 Amir’s younger brother Haroon ‘Harry’ Khan, who is also a professional boxer, was denied the opportunity to represent Pakistan at the London 2012 Olympics due to having previously fought for Great Britain at junior level.

Haroon was blocked by AIBA from fighting for Pakistan in the World Amateur Boxing Championships, which was a qualifying tournament for London 2012.

This came despite winning a bronze medal for Pakistan in the 2010 Commonwealth Games and gaining Pakistani citizenship in the same year. Haroon’s ban was upheld despite an appeal from his and Amir’s father.

It is likely that Amir will face a similar fate, and will be prevented from representing Pakistan.

But, the Pakistani Boxing Federation have confirmed that they are exploring the possibilities as well.

The British Asian boxer shot to international stardom as a 17-year-old, when he won a lightweight boxing silver medal for Great Britain at the Olympic Games in Athens, Greece, in 2004.

He went on to win the WBA light-welterweight title at just 22, before tying the knot with Faryal Makhdoom in 2012. The couple welcomed their daughter in 2014 and celebrated their wedding anniversary on May 31, 2016. 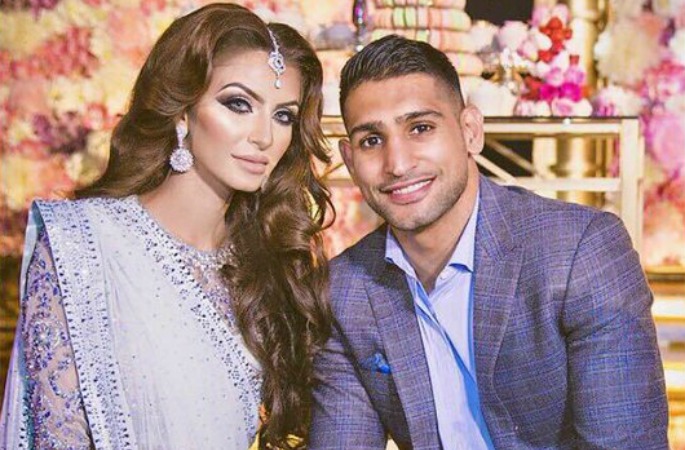 The 29-year-old boxer is now in Pakistan after being at the first international boxing event to be held in the country.

On June 2, he attended the HBL Superstar Boxing Event in Karachi, Pakistan. His boxing brother, Haroon, was also present at the event which received great praise from Pakistanis. 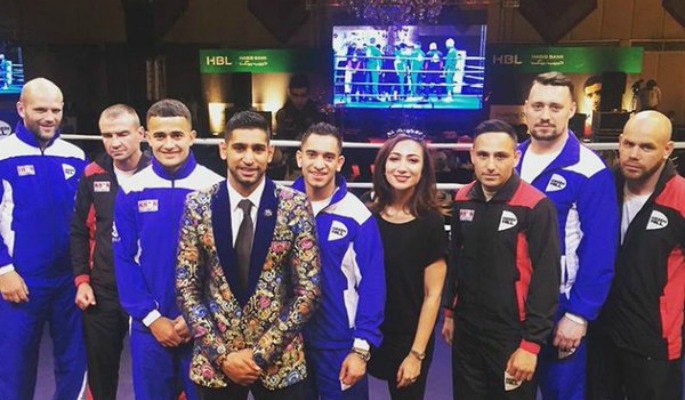 Rashid says: “Thank you Amir for organising a boxing event in Pakistan even though it is not your duty.”

Ubaid adds: “Thanks for your effort brother. You truly inspire many emerging boxers in Pakistan and all over the world.”

Amir Khan is a role model and icon to people all over the world. As long as he can maintain that status, it does not matter who he represents at the 2016 Summer Olympics in Rio, Brazil.