The 2016 VIVO IPL has come to a thrilling end with victory for the Sunrisers Hyderabad. DESIblitz reviews the season news, stats and broken records.

“It feels fantastic because as a player I have won many trophies, but as a coach (this is the) first time."

On May 30, 2016, Sunrisers Hyderabad (SRH) and Royal Challengers Bangalore (RCB) played out an epic final to the 2016 Indian Premier League. David Warner vs Virat Kohli, the 2016 VIVO IPL ‘Battle of the Batsmen’.

Warner’s Hyderabad team were winners of the Fairplay Award. But was it the Australian, or Virat Kohli’s Bangalore team that came out on top in the all-important final?

The ninth edition of the Indian Premier League (IPL) has been as thrilling as ever. Two new franchises were introduced, the Gujarat Lions (GL) and the Rising Pune Supergiants (RPS).

Teams have risen incredibly and crashed catastrophically. Records have been broken, and broken again. It has been an unpredictable IPL season, but one thing, thankfully remained the same.

The IPL has continued to rain sixes, but rather than there being severe ‘Gayle Storms’, IPL 9 was more a case of ‘Kohli Moly’.

Battle for the Top Four

Suresh Raina’s Gujarat Lions had a blistering debut season. The new franchise suffered just 5 defeats on their way to topping the final standings.

The Lions did suffer several embarrassing losses though. SRH demolished them by 10 wickets, and RCB beat them by a massive 144 runs in Bengaluru. They also lost to lowly KXIP and Delhi Daredevils before losing again to David Warner’s team in Hyderabad. 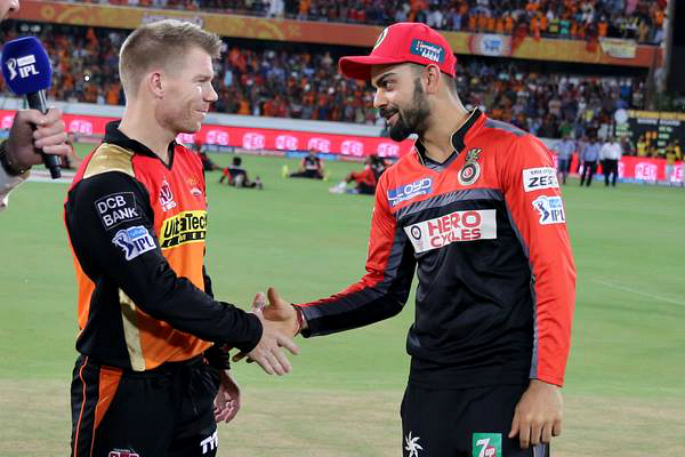 However, despite Kohli’s best efforts, and phenomenal batting, Bangalore lost 5 out of their next 6 games to look as though they were out of the race for the play-offs.

But incredibly, RCB somehow won 7 of their final 8 league games to finish in second place. Their wins included remarkable victories over GL and the Kolkata Knight Riders.

David Warner’s Sunrisers began their season poorly. They suffered crushing defeats to KKR and RCB, before going on a mid-season rampage. SRH won 8 out of their next 10 games.

The ever consistent Knight Riders finished 4th to secure the final play-off place ahead of 2015 IPL champions, the Mumbai Indians.

The final league standings meant that Gautam Gambhir’s Knight Riders faced SRH in an eliminator. Meanwhile, RCB were up against Gujarat in Qualifier 1.

Bangalore comfortably chased Gujarat’s score of 158 to put them into the final, and leave the Lions in a make or break Qualifier 2 vs the winners of the eliminator. 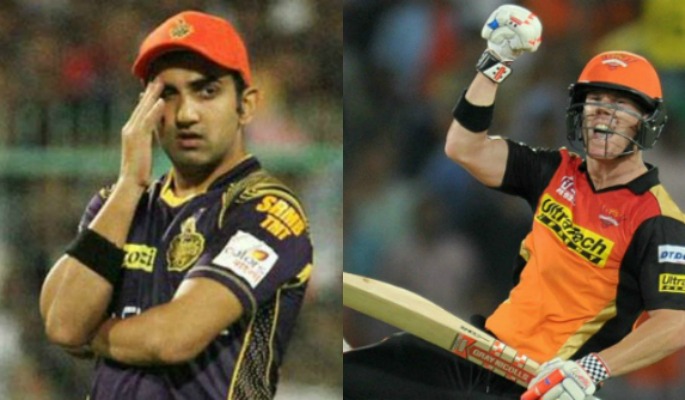 Kolkata could not chase down Hyderabad’s score of 162, meaning that SRH were to face Gujarat for a place in the final.

The teams met in Delhi on May 27, 2016, and the Lions set a total of 162 for the Sunrisers to chase. David Warner struck 93 runs to set his team on their way to a 4 wicket victory and a place in the final.

The Royal Challengers were buoyed by the fact that the final was to be played in their home stadium of M. Chinnaswamy Stadium, Bengaluru.

Warner won the toss, and elected his Hyderabad team to bat first. It was a brave decision knowing that Bangalore are specialists in chasing down totals.

The Sunrisers ended their 20 overs on 208/7, the highest ever score in an IPL final. Warner hit 69 from just 38 deliveries, and composed a solid opening partnership with Shikar Dhawan (28 from 25). Yuvraj Singh added a further 38 runs, before Ben Cutting produced a stunning cameo. He hit 4 sixes, and 3 boundaries on his way to a rapid 39 from just 15 balls. 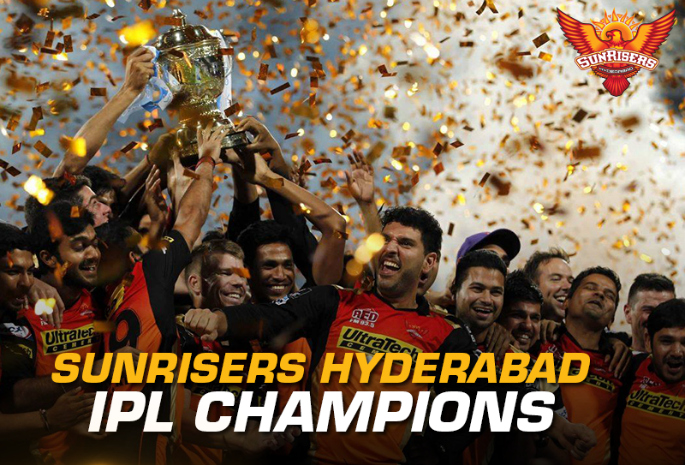 But would they be able to defend it against an RCB team who have struck 200+ runs three times already?

Sunrisers Hyderabad beat Royal Challengers Bangalore by 8 runs in the 2016 VIVO IPL final. This was the third time that RCB have been tournament runners-up.

But it was better news for Hyderabad. Their Sunrisers team brought the trophy back to the city for the first time since Deccan Chargers won it in 2009. Similarly, the Chargers also beat RCB in that 2009 final. 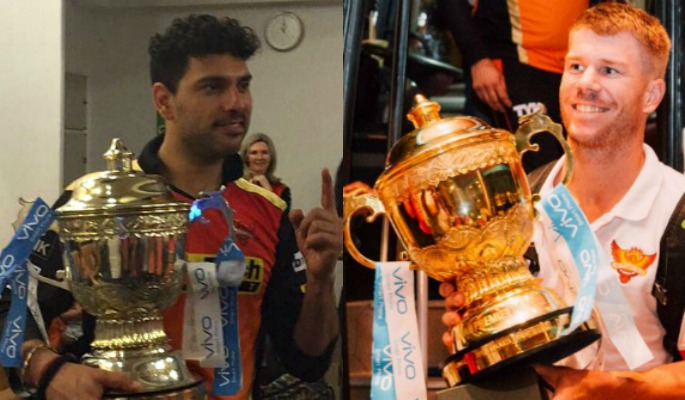 “It feels fantastic because as a player I have won many trophies, but as a coach (this is the) first time. It’s a wonderful feeling because winning the IPL is a great thing. It’s a good experience for the young boys. Also, it’s good for our franchise because it is the first time we are winning as a new franchise. It is great for everybody.”

973 – Virat Kohli scored 973 runs for RCB over the course of IPL 9. David Warner followed close behind, the Aussie scored 848 runs to help fire his team to IPL glory.

38 – Kohli smashed the most sixes in the tournament. He fired 38 balls over the boundary, while his teammate, AB de Villiers, hit 37. The SRH captain, David Warner, crashed 31 maximum scores in his 2016 IPL season.

88 – The same three players fought it out for the most fours in the tournament. Warner stroked the ball over the boundary the most though, doing so 88 times. Kohli hit 83 boundaries while de Villiers got himself 57.

129* – AB de Villiers’ score of 129 not out was the season’s highest score. He pipped his teammate, and captain, Virat Kohli, who hit the second largest score of the tournament with his 113 not out. 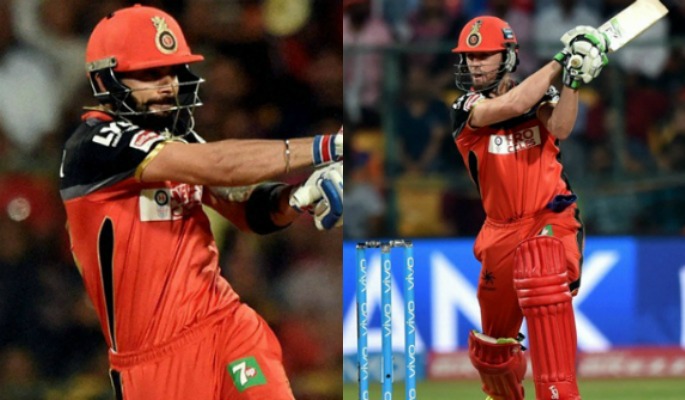 Wow. Kohli, Warner, and de Villiers have dominated the 2016 IPL batting statistics. Thankfully, there are some different names leading the way in the best bowling stats for the tournament.

23 – Bhuvneshwar Kumar took 23 wickets as he helped his SRH team to victory in IPL 9. RCB’s Yuzvendra Chahal (21) and Shane Watson (20) trailed just behind.

6/19 – At last. The first stat where neither a RCB or SRH player is involved. RPS’ Adam Zampa got himself the best bowling figures of the 2016 VIVO IPL. He took 6 wickets for just 19 runs. Dwayne Smith (GL) equally impressively took 4 wickets for 8 runs.

156 – Swiftly back to SRH though. Bhuvneshwar Kumar amassed 156 dot balls over his 17 matches.

Suresh Raina produced the catch of the tournament vs KKR. A brilliant single handed reflex catch at slip could not be matched in the 2016 IPL.

It has been yet another remarkable IPL season. RCB had looked down and out at the half way stage of the competition, but the team produced some masterful performances to surge into the play-off places.

Unfortunately, Kohli’s men narrowly lost out to the Sunrisers in an epic final, which meant that Hyderabad became the sixth different team to win the competition. Gujarat’s wonderful regular season counted for nothing as they lost both of their play-off matches.

Now the wait begins for the next enthralling edition of the IPL. It is sure to return bigger and better in 2017 for its 10th edition, but who will come out on top?

Watch the wild celebrations of the Sunrisers Hyderabad team after winning the ninth edition of the Indian Premier League here: 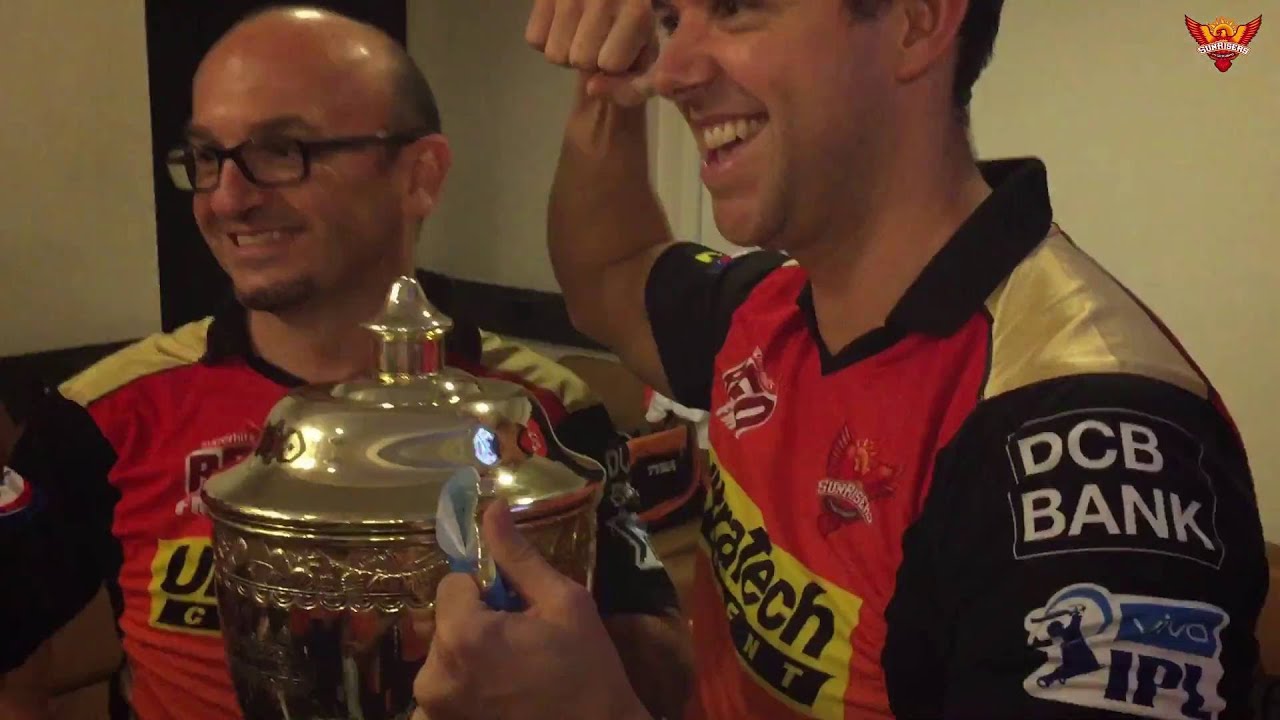