In an exclusive gupshup, DESIblitz spoke to Qais Ashfaq, the British Asian boxer who represents Team GB at the 2016 Summer Olympics in Rio, Brazil.

"Any tournament I go to, I go there to win that gold medal."

The 2016 Summer Olympics in Rio, Brazil are set to begin on August 5. And 23 year-old British Asian, Qais Ashfaq, will be boxing for Team GB.

Ashfaq will be following in the footsteps first set by Amir Khan over a decade ago. At the age of 17, Khan was Team GB’s only representative in boxing at the 2004 Athens Games.

Despite his tender age, Khan won an Olympic silver medal in the men’s lightweight boxing category.

Now, in 2016, Qais Ashfaq will be hoping to go one step further than Khan and win an Olympic gold medal for Team GB. And the whole nation will certainly be behind him.

Ashfaq is currently in Brazil preparing to make his Olympic debut, but took time out to speak to DESIblitz. In an exclusive gupshup, he talks about boxing, his life, and of course, the upcoming Rio Olympics. 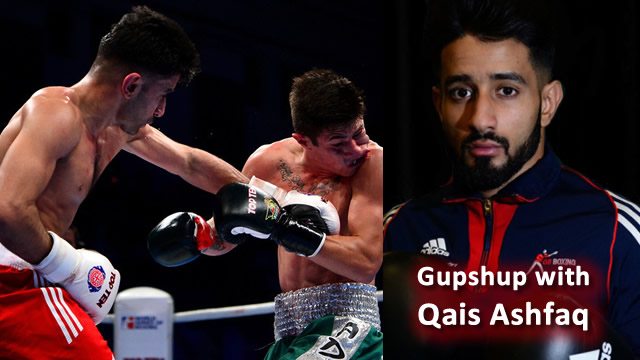 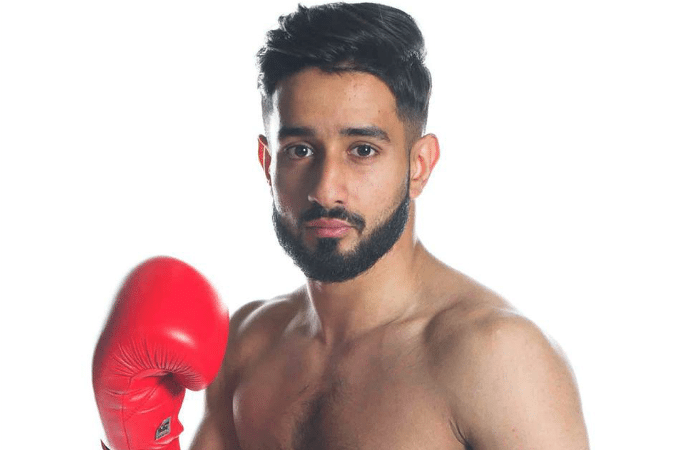 Qais Ashfaq (23) was born in Leeds, UK, and began boxing and training at the age of eight.

He weighs in at 123lbs which converts to approximately 55.75kg. Ashfaq has always fought in the bantamweight category which is for boxers who weigh up to 56kg.

And it is in this bantamweight category that Qais Ashfaq will compete in at the 2016 Rio Olympics. 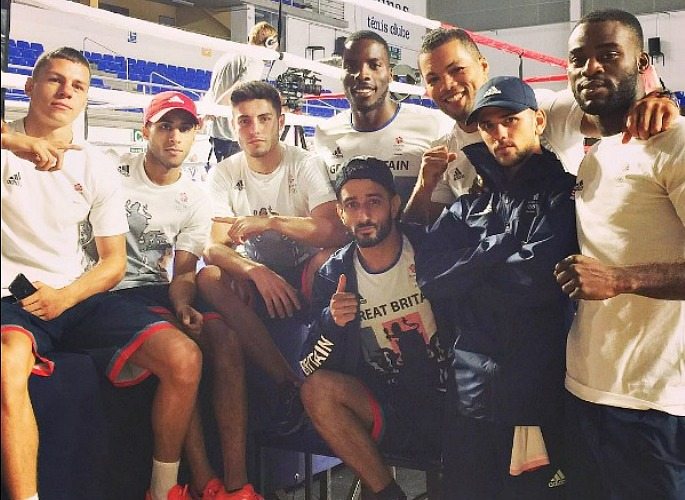 Ashfaq is one of twelve boxers (10 male, 2 female) representing Team GB at the Summer Olympics in Brazil. And they have all been training hard in preparation for their first bouts.

How would you describe yourself as a boxer?

“I switch it, I can do both stances [orthodox and southpaw] because I’ve been practicing since I was a kid.

“I’m a counter-puncher, I like to make people make mistakes and make them pay.”

Fans of Ashfaq will be boosted by the fact that he will compete in the Summer Olympics in medal-winning form.

In the 2015 European Elite Championships, in Bulgaria, Qais Ashfaq narrowly missed out on a gold medal. Despite being disappointed at missing out on gold, Ashfaq described the fight as one of his greatest achievements, behind qualifying for the Olympics.

He tells DESIblitz: “I won a European silver medal in 2015. And to be honest, it should have been gold. I actually boxed the world champion in the final, and I beat him but I didn’t get the decision.” 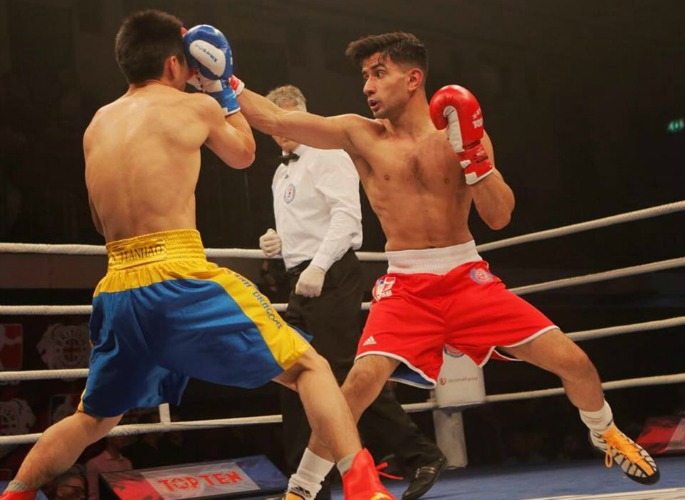 The Brit-Asian boxer also won a silver medal at the 2014 Commonwealth Games, and a bronze at the 2015 European Elite Games in Azerbaijan.

All Ashfaq needs now is an Olympic gold medal to complete the set. And he says: “Any tournament I go to, I go there to win that gold medal.”

Brit-Asian supporter, Hamza, believes he can do it. He says: “All the best Qais Ashfaq in the Olympic Games in Rio, bring home the gold brother!”

And there is no reason why Qais Ashfaq can’t do it. He qualified for the Olympics after a hard-fought, but well-deserved victory over Mykola Butsenko of Ukraine.

Were there any doubts in your mind when you fought Mykola Butsenko? 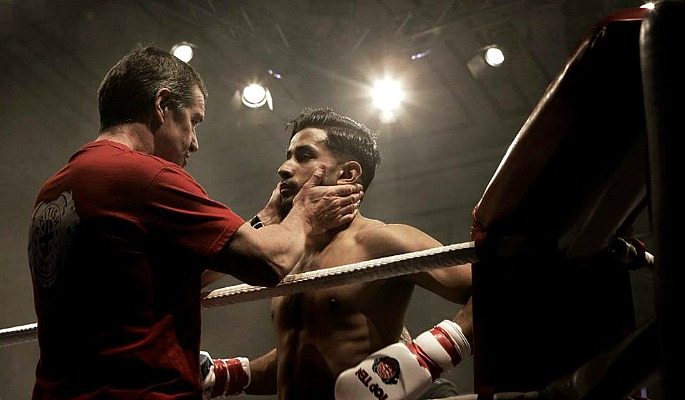 “He was a tough fight. He won the world bronze medal, so I knew I was in for a tough test. We’d already boxed twice, and it was one all, so there were no doubts I could beat him.”

How do you approach a major event like the Olympic Games?

“I literally eat, sleep and train three times a day. It’s a tough schedule, but I’ve been doing it for 6 years now so your body gets used to it.”

“This time round I’m working that extra bit harder in every aspect. Strength and conditioning, sparring, bags, pads, and even nutrition and psychology. I’ve been working on every little aspect just to make sure that I’m in the best condition of my life.”

“For me personally, in the near future, win that Olympic gold medal. And then I’ll be turning professional, getting through the professional ranks and hopefully winning world titles.” 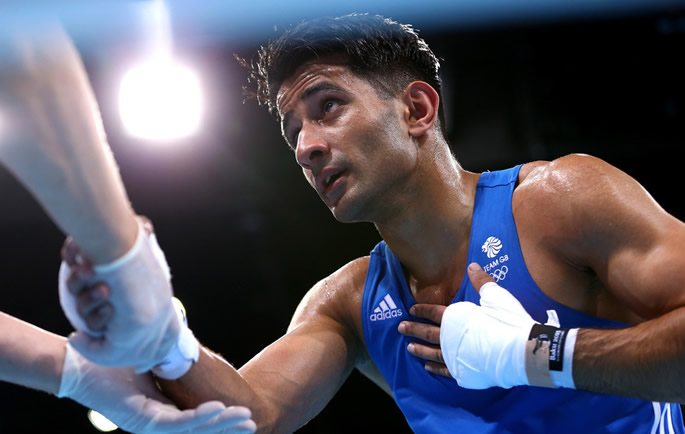 The men’s Olympic bantamweight category begins with the round of 32 on August 10, 2016. He faces Thailand’s experienced fighter Chatchai Budtee in the first round.

The final, meanwhile will take place on August 20, and Qais Ashfaq will hope to be there competing to win his Olympic gold medal.

When Ashfaq was just 11 years old, he saw Amir Khan on the front of an edition of The Boxing News Magazine.

And if he is able to make his fifteen years of relentless training count by winning an Olympic medal, he will surely be seeing himself on magazine covers soon enough.

DESIblitz wishes Qais Ashfaq the best of luck at the 2016 Rio Olympics.

India are sending their largest ever Olympic Team to Rio 2016, click here for a full DESIblitz guide to it.

Meanwhile, Pakistan will only be sending seven athletes to the Games, click here if you want to find out more.