Your Guide to the Rio 2016 Indian Olympic Team

With the 2016 Summer Olympics set to begin in Rio, Brazil, DESIblitz gives you a guide to the athletes to look out for in the Indian Olympic Team.

With their biggest ever Olympic Team, India will be hoping to improve on the 6 medals they won at London 2012.

The 2016 Summer Olympics are set to begin in Rio, Brazil, on August 5. And for the major international event, India will be sending their largest ever Olympic Team.

121 male and female Indian athletes will travel to Brazil from the subcontinent for the first Olympic Games to be held in South America. And fittingly, a record number of countries are participating in a record amount of sports.

Around 10,500 athletes from 206 National Olympic Committees are scheduled to compete for the 306 sets of medals.

With their biggest ever Olympic Team, India will be hoping to improve on the 6 medals they won at London 2012. But can they do it?

Here is a DESIblitz guide on the Indian medallist hopefuls you should look out for in their Olympic Team. 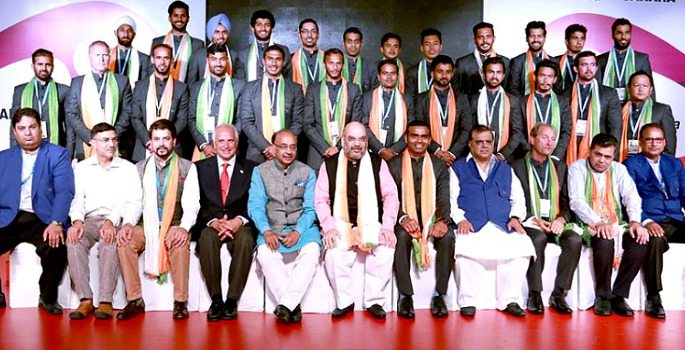 Where else is there to begin with India’s medal prospects than with hockey?

India has won more hockey gold medals than any other nation, but have underperformed badly in recent Olympic events.

The country will be hoping to win their first Olympic hockey gold medal since the Moscow Games in 1980. Most recently, at London 2012, they came a disappointing 12th place.

However, there are encouraging signs going in to Rio, 2016. The Indian men’s hockey team has somewhat returned to form.

They won gold at the 2014 Asian Games and silver at the 2016 Champions Trophy in London. And if they can continue that good form, they are sure to win an Olympic hockey medal.

Rio 2016 will also see the return of the Indian women’s hockey team. It will be their first Olympic appearance since the 1980 Moscow Games, where they finished fourth.

Any improvement on that position will see the women win a medal for the Indian Olympic Team. 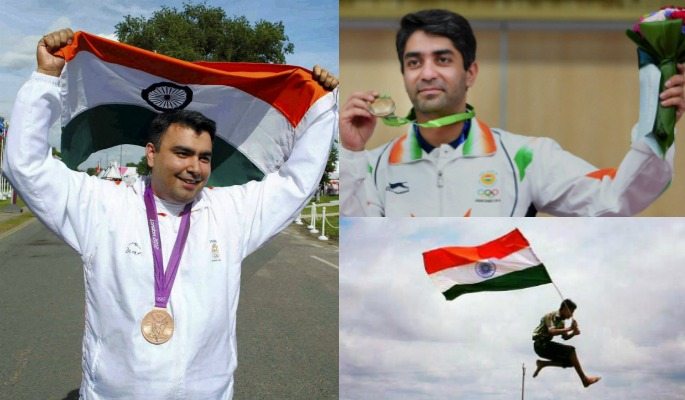 Several capable Indian athletes will be competing in archery and shooting for their national Olympic Team.

Anhinav Bindra (33) won India’s first individual gold medal for shooting (10m air rifle event) at the 2008 Beijing Olympics. And he will also be the country’s flagbearer at Rio 2016. Bindra says:

“To be the flagbearer at the Olympic Games is an athlete’s ultimate honour. I am humbled and grateful to be considered worthy.”

Bindra will be joined in the Olympic shooting events by Gagan Narang (33), who won a bronze medal in the ‘10m air rifle’ at London 2012.

He will also be competing in the ‘50m rifle prone’ and ‘50m three-position’ events. Narang won silver and bronze medals respectively in the same events at the 2014 Commonwealth Games.

Bindra and Narang are hoping to win a third successive Olympic shooting medal for their country.

Four Indian archers have qualified for Rio 2016 as part of their national Olympic Team. 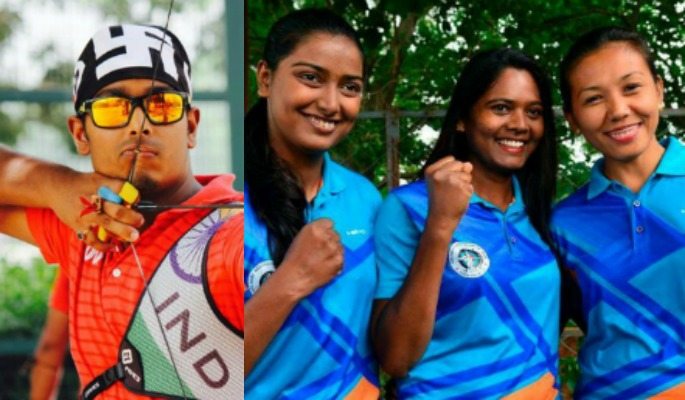 Atanu Das (24) goes in to the Olympics in good form. He finished 4th at the 2016 World Cup in Turkey, and has won multiple team and mixed team medals since his senior debut in 2011.

Talented 21 year-old, Deepika Kumari, is another archer to have qualified as part of the Indian Olympic Team.

She won 2 gold medals at the 2010 Commonwealth Games in Delhi, India, and has since won 4 silver medals at World Cup’s. 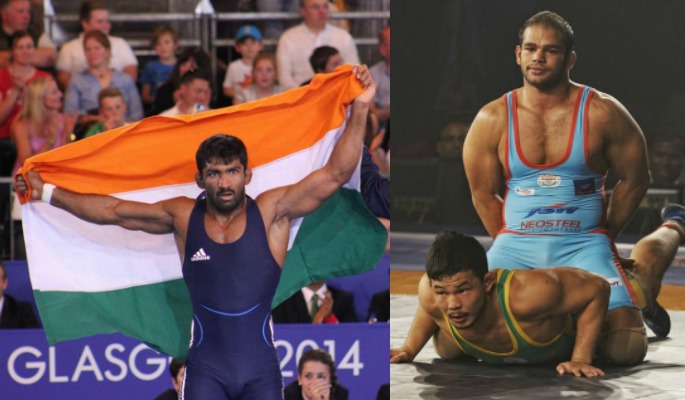 The Indian freestyle wrestler, Yogeshwar Dutt (33), will compete in the 65kg class at the upcoming Games. However, he has announced that Rio 2016 will be his final Olympic appearance.

Dutt will be desperate to go out on a high, and could well do so. The wrestler won bronze at London 2012, and gold medals at the 2010 and 2014 Commonwealth Games.

He also won gold in the 2014 Asian Games. And therefore, an Olympic gold is now all that eludes him.

Narsingh Pancham Yadav (26) is India’s other wrestler in their Olympic Team. He will be competing in the 74kg class, and has previously won gold in the Commonwealth Games, and bronze in the World Championships.

The female Indian boxer who has a film named after her will not be travelling to Brazil. Mary Kom (33), the London 2012 bronze medallist and 2014 Asian Games gold medallist, was denied a wildcard entry. 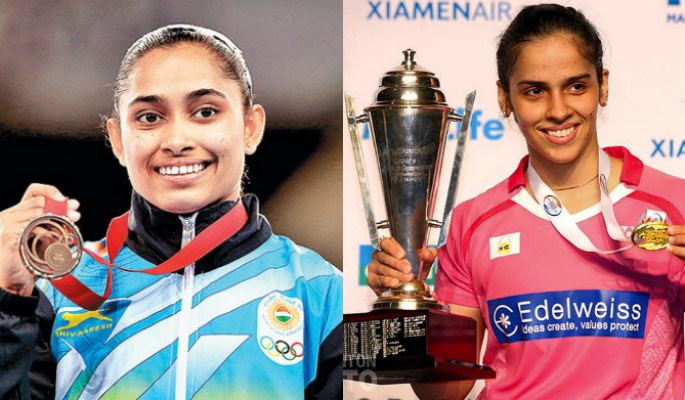 Dipa Karmakar (22) is the first ever Indian woman to qualify for Olympic gymnastics. She won bronze medals on the vault at recent Commonwealth and Asian Games.

In 2014, the talented youngster became only the third woman in gymnastics history to land the Produnova vault. You can see her pull off the move, otherwise known as the handspring double front, here.

A final athlete in the Indian Olympic team to keep an eye on is 26 year-old Saina Nehwal. She is the first Indian badminton player to win an Olympic medal.

The former World No 1 won bronze in the badminton women’s singles at London 2012. More recently, Nehwal won the Australian Open in June 2016, and won a world championships silver medal in 2015. 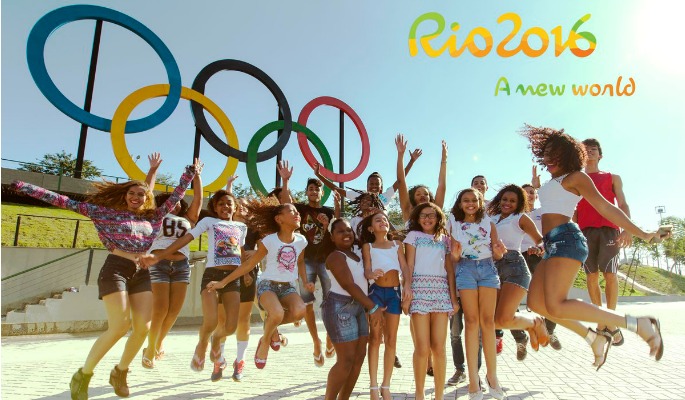 Be sure to keep up to date with the multi-sport event and follow the promising Indian competitors closely. The Rio Olympics begin on August 5, and will last until August 21, 2016.

Rio 2016 will feature 28 Olympic sports which will mainly take place in the host city. Some events will also be held at venues in the cities of Sao Paulo, Belo Horizonte, Salvador, Brasilia, and Manaus.

The entire Indian Olympic Team are sure to do their country proud in Brazil. And DESIblitz wishes each and every athlete the best of luck.