The Pakistan Olympic Team at Rio 2016

The Pakistan Olympic Team will be hoping to end a 24 year medal drought at the 2016 Summer Olympics in Rio. DESIblitz presents you with their athletes.

"I am honoured that I will represent Pakistan at this mega event."

Only seven athletes will be representing the Pakistan Olympic Team at the 2016 Summer Olympics in Rio, Brazil.

And that will be the smallest ever Pakistan Olympic Team to compete at an edition of the major international event.

There has been a 24 year Olympic medal drought for Pakistan. And the Pakistani athletes are desperate to win a first medal for their nation since a field hockey bronze in Barcelona 1992.

Rio 2016 will be the first Olympic Games that the Pakistani hockey team has failed to qualify. But can the athletes who will be representing Pakistan make up for the absence of their hockey team?

DESIblitz presents you with all seven members of the Pakistan Olympic Team. And they will all be hoping to add to Pakistan’s 10 Olympic medals. 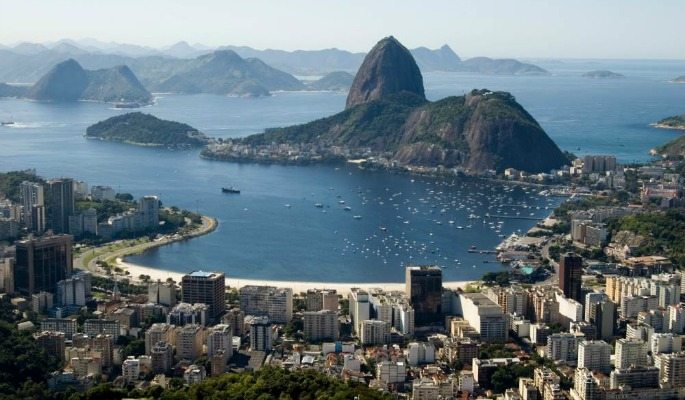 The 2016 Summer Olympics in Rio, Brazil, will be the first Games to be held in South America. And fittingly, they will take place in front of the beautiful Rio coastline.

Around 10,500 athletes from 206 National Olympic Committees are scheduled to compete for the 306 sets of medals. And the action is set to continue from August 5 up until August 21, 2016.

The Pakistan Olympic Team will be surrounded by Brazilian beauty, and we don’t mean the Latinas.

Rio is famed around the world for its Copacabana beach and Christ the Redeemer statue. Can these famous landmarks inspire the Pakistani athletes to unprecedented success? 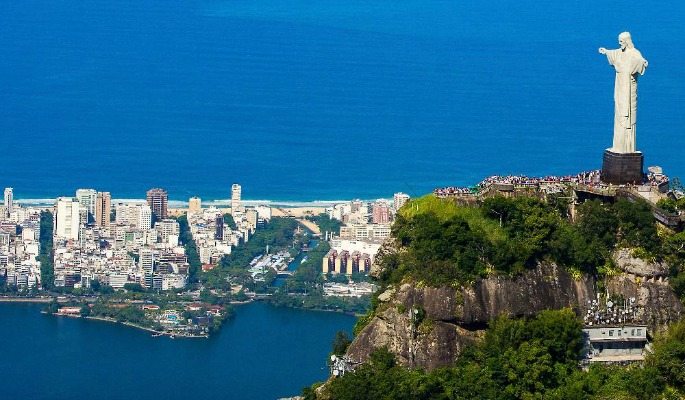 Originally, the 100m hurdler Maria Martab and the 800m runner Muhammad Ikram were selected. However, the 2016 National Championships in Pakistan led to a selection rethink.

Najma Parveen won 6 gold medals at the Championships in May 2016, and is now the reigning national athletics champion. And subsequently, she was selected to replace Martab.

“Olympics are every sportsperson’s dream and I am honoured that I will represent Pakistan at this mega event. I want to rewrite history books by becoming the first ever female athlete from Pakistan to win an Olympic medal.”

Mehboob Ali joins Parveen in the Pakistan Olympic Team. He replaces Muhammad Ikram after equalling a 12-year 400m national record at the Championships. Ali will be competing in the Men’s 400m event. 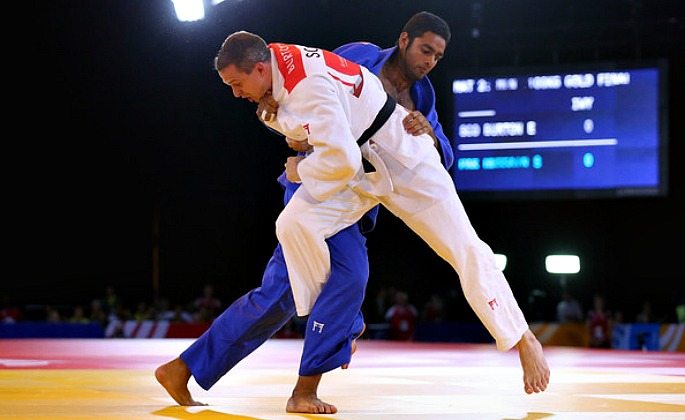 Rio 2016 will mark Pakistan’s Olympic debut in judo. And it is Shah Hussain Shah who has been selected to be a part of the Pakistan Olympic Team.

Shah earned a continental quota spot from the Asia region as Pakistan’s top ranked judoka who failed to qualify. And at the Games, he will compete in the Men’s 100kg category.

However, Shah travels to Rio with medal winning experience. He won a silver medal at the 2014 Commonwealth Games, and bronze at the 2014 Asian Judo Championships. 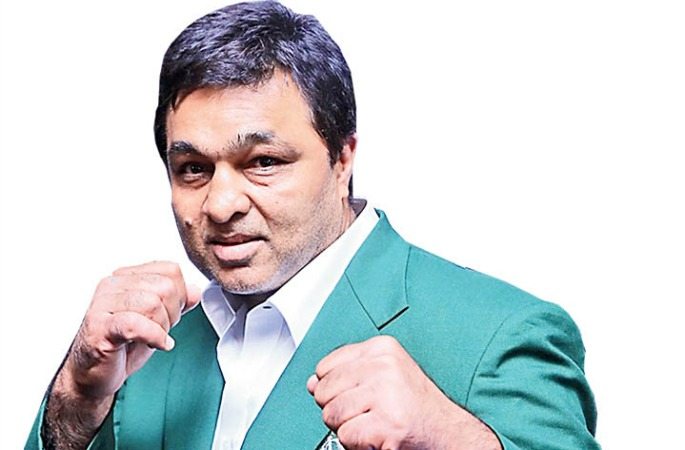 Will his son be able to follow suit and win Pakistan’s first Olympic judo medal?

Ghulam Mustafa Bashir and Minhal Sohail have been selected as the shooters in the Pakistan Olympic Team. Bashir will partake in the ‘25m rapid fire pistol’ event, while Sohail will compete in the women’s ‘10m air rifle’. 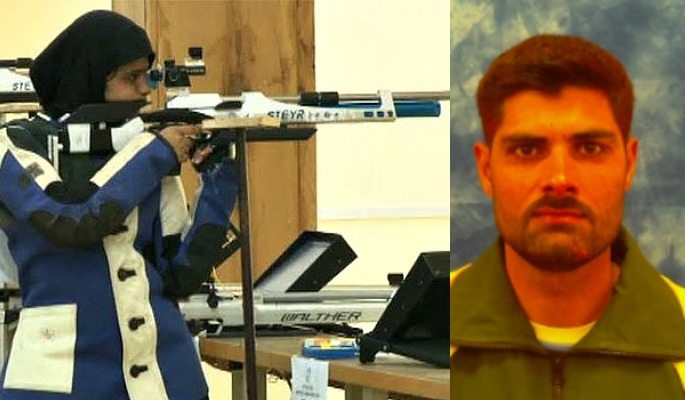 Minhal Sohail will be the first female Pakistani shooter to represent the country at the Games. She says: “I have prepared well for Olympics and aim to win gold medal for Pakistan.”

Haris Bandey and Lianna Swan will be a part of the 2016 Pakistan Olympic Team. And both swimmers will be making their Olympic debuts.

Bandey will take part in the Men’s 400m freestyle, while Swan will compete in the Women’s 50m freestyle. 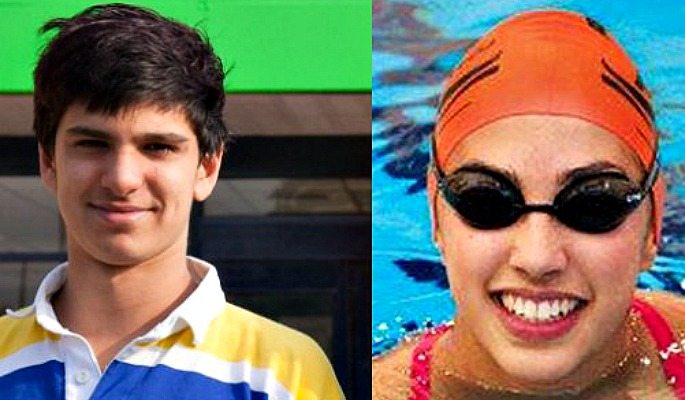 At London 2012, Bandey’s elder sister Anum represented Pakistan. She unfortunately failed to qualify for the next round, can Haris do it this time round though?

Could it be an Olympic medal up next for her and the Pakistan Olympic Team?

Issues with the Pakistan Olympic Team

The Pakistan Olympic Team for Rio 2016 is made up of just 7 athletes. The Rio Games are set to have the lowest ever Pakistani representation.

It will be far less than the 20 who travelled to the 1968 Mexico City Olympics. But the warning signs have been there. 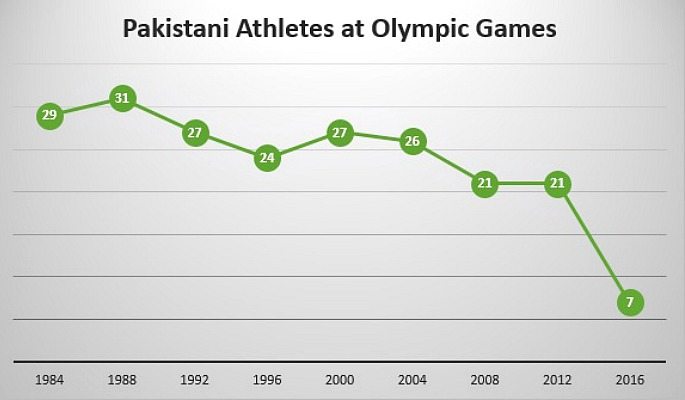 Although nobody would have expected such a sharp decline for 2016, the number of Pakistani Olympians has been steadily falling.

Inam Butt is a Pakistani wrestler who won a gold medal at the 2010 Commonwealth Games. And he says: “We [Pakistan] are behind the rest of the world. Our budget, training and facilities are just nothing. How can we compete?”

Butt’s anger is well placed. All 7 of the Pakistani athletes who are travelling to Rio are only going thanks to being given wildcard entries. None of the Pakistan Olympic Team directly qualified for the 2016 Summer Olympics.

There is also no confidence in them to succeed. The president of the Pakistan Olympic Association, Arif Hasan, says: “They are more or less going for the participation and gaining the experience. Let’s hope next time will be better.” 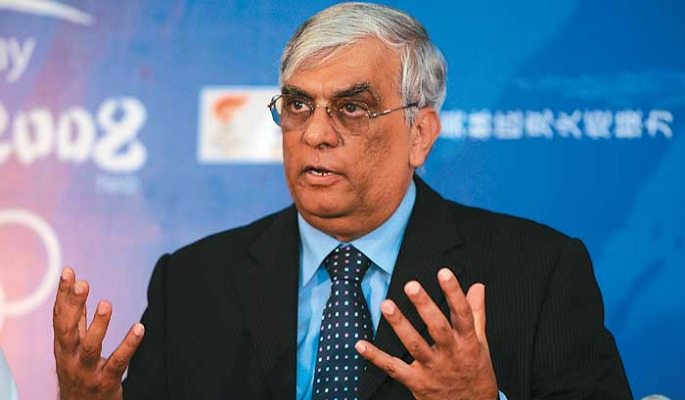 The Pakistan hockey team have won 8 out of Pakistan’s 10 Olympic medals. However, with them failing to qualify, the hopes of a nation now rest with seven Pakistani athletes.

Rio 2016 will feature 28 Olympic sports. But can the Pakistan Olympic Team claim medals in the 4 sports they are a part of? Can they end Pakistan’s medal drought?

Click here to find out more about the Indian Olympic Team travelling to Rio 2016.

Keiran is a passionate English graduate with a love for all things sport. He enjoys time with his two dogs, listening to Bhangra and R&B music, and playing football. "You forget what you want to remember, and you remember what you want to forget."
Aston Villa to Open a Football Academy in India
Harbhajan Singh and Geeta Basra welcome Baby Girl