Priyanka Chopra is a Fiesty Cop in Jai Gangaajal

After creating a wave of success in the West, Priyanka Chopra is ready to set the Bollywood screen on fire with her next release – Jai Gangaajal.

“You will be exceptionally shocked to realise that my film has twelve melodies.”

Being part of the hit drama franchise Gangaajal which released in 2003, director Prakash Jha returns to reignite the patriotic feeling with Jai Gangaajal.

Audiences are looking forward to seeing the powerful pairing of Priyanka Chopra and Prakash on screen.

As the first ever female Superintendent in Bihar, Abha Mathur is ready to tackle the misdemeanors of society.

However, just as Abha’s life is looking up, she comes across a corrupt and violent MLA of Bankipur. 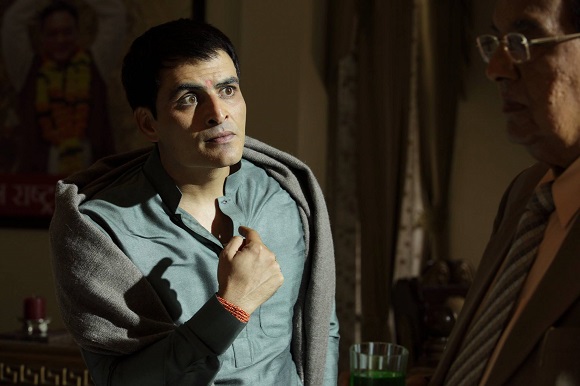 Making it her mission to expose the MLA to the public, Abha teams up with inspector Bhola Nath Singh (Prakash) to fight the wrongdoings of the MLA.

But having to fight other issues of society such as corruption, land mafia and farmer suicides, will Abha be able to bring justice to the victims of the MLA?

Will Abha be able to break through the restrictions of a female cop? 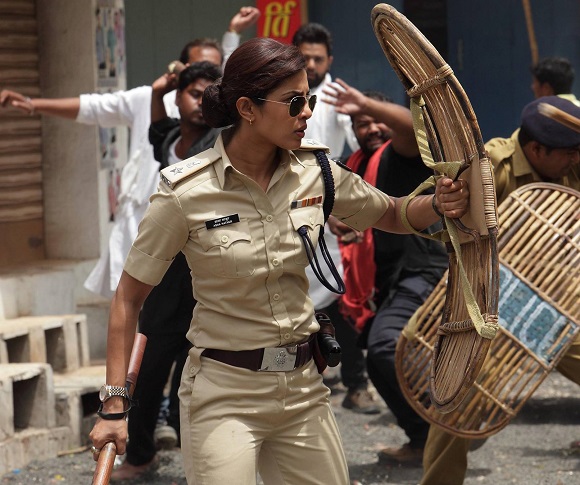 Known as a tough nut to crack, Priyanka has always represented herself as a strong personality.

However, during an action scene on the set of Jai Gangaajal, the cast and crew witnessed Priyanka breaking down into tears.

Due to a stunt mishap, Priyanka ended up kicking actor Manav Kaul in the neck instead of the chest.

Resulting in a panic amongst the crew, Priyanka broke down into tears.

Prakash describes: “She broke down and was crying inconsolably about what happened.

“I told her that these things often happen during an action scene, and Manav was absolutely okay about it.

“But she was wailing and telling me that she had never hit someone like that, so she was feeling miserable about it.”

But regardless of her superstar status, Priyanka always radiates a sense of humbleness on set. Prakash adds:

“But that’s Priyanka. She gives her 100 per cent and more, and makes sure all her co-stars are comfortable. No wonder, everyone I know loves working with her. She is a team player.” 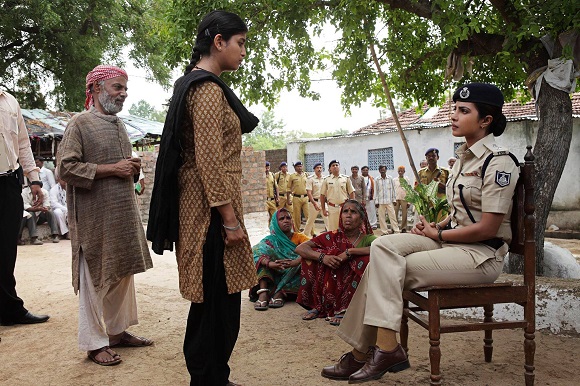 Following her remarkable role as Kashi Bhai in Bajirao Mastani, audiences are excited to see the superstar in a never seen before avatar as a policewoman.

But with juggling work abroad and back home, Priyanka explains why she has chosen to work on Jai Gangaajal:

“Jai Gangaajal was an amazing experience especially because I had the opportunity to work with such fine actors.”

Priyanka playfully adds how she is a senior actor to Prakash, who is making his acting debut in the film. 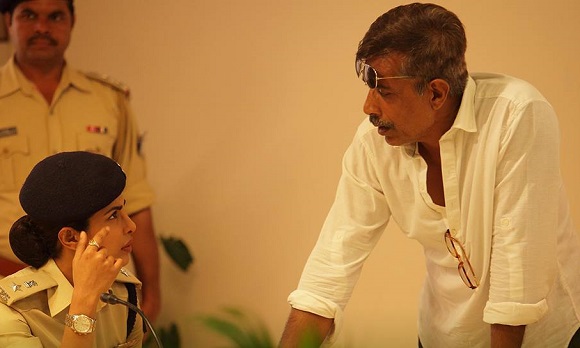 Nonetheless, Prakash also that this was Priyanka’s quickest film ever made in order to make it easier for her to balance her work commitments:

“As Priyanka was too busy in her schedule with Bajirao and Quantico, we had to do some quick work in her given schedule from the time she managed between the two, this made Jai Gangaajal the quickest film in her career.”

After releasing the first song of the movie, called ‘Tetua’, the upcoming music of Jai Gangaajal has already grabbed the attention of audiences.

Listen to it here:

With music composed by duo Salim-Sulaiman, Prakash makes it clear that the film will have a grand total of twelve tracks.

He says: “You will be exceptionally shocked to realise that my film has twelve melodies. They have been formed by Salim-Sulaiman and all them are extremely wonderful and natural.”

The strong and hard hitting track really gives a taste of what the whole album is going to sound like. 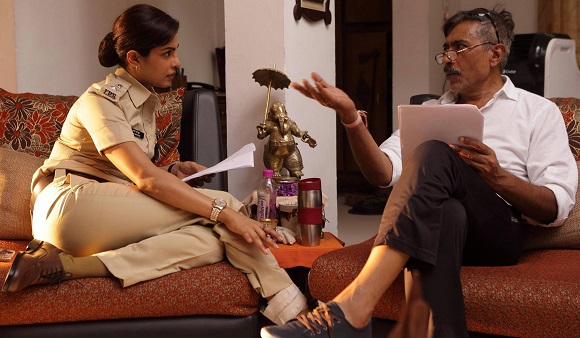 With two theatrical trailers released for the film, critics have nothing but positive words about the first two looks.

However, with this being Priyanka’s first solo release since Mary Kom, her fans are excited to finally see the international star take the box office by storm.

Prakash comments at a recent press conference: “Priyanka was the first and last choice for the film.”

Confident and glowing in her immense star power, let’s see how this social political drama plays at the box office.

So would you like to be part of SP Abha’s mission in destroying corruption on March 4, 2016?

British born Ria, is a Bollywood enthusiast who loves to read books. Studying film and television, she hopes to one-day produce good enough content for Hindi cinema. Her motto is: “If you can dream it, you can do it,” Walt Disney.
AMY and A Girl in the River win at Oscars 2016
Preity Zinta marries Gene Goodenough in LA