CJ Records releases the single ‘Like A Star’ on 1st January 2010 world-wide. A catchy song produced by CJ featuring artists Jasz Gill and Kamal Raja. The first of many to come.

CJ Records, the label, exists since 2005. Chevy the producer known as ‘CJ’  is an ambitious individual who has been musically active since young age, producing, recording and remixing music of Punjabi, Urban, Reggaeton, House, Techno genres. The record label originally created by his father, Kamaljeet Singh, expanded gradually and CJ’s confidence in making music, gave him the chance to take over from his father. CJ’s experience in the music business to date is thanks to his idol, his father.

Wanting the label to be the force behind new talent, CJ made the start by choosing to work with two new artists –  Jasz Gill and Kamal Raja. CJ wanted to turn his ideas into a reality with artists who felt the same ear for its production.  Jasz Gill, who is the brother of CJ, came in the picture when he showed huge potential as an emerging talent. After singing lessons and lots of dedication, Jasz progressed to show CJ he could deliver.

However the picture was not quite complete, CJ wanted to recruit more talent. At a birthday party in 2008, Kamal Raja gave an acapella performance for the birthday boy, which impressed CJ tremendously. At that moment, CJ knew that Kamal Raja was the right person to join his project . 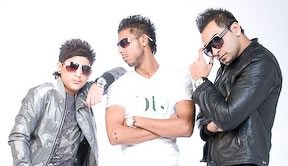 CJ records invited Kamal Raja for an audition and subsequently, offered him a contract with the chance to make an album featuring him with Jasz Gill.  CJ’s creativity teamed with the talents of the two new artists formed a team to make unique music.

After spending lots of creative time in the studio and focusing on their sound, lyrics and songs; they produced the first single ‘Like a Star’ from their forthcoming album.

‘Like a Star’, a song with a great hook, catchy lyrics and a dance-floor vibe will be released on January 1st 2010 world-wide.

The duo gel seamlessly on the track, Jasz Gill gives the music  life with his choice of lyrics and Kamal Raja gives it energy and style. Their dedication with the support of CJ has resulted in the production of  many tracks with individual vibes, which will feature on the album. Giving them the chance to showcase their unique sound to the Desi music scene.

“Everyone has a talent so don’t be afraid to use it!”  says CJ, who lives by this motto. CJ has developed the sound for the album and has aimed for a mix of genres to shape the vibe of the album. 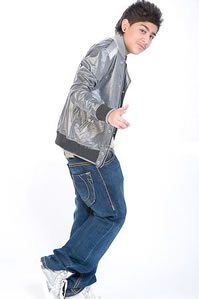 Jasz Gill is a young enthusiastic artist who looks up to his father. He works effectively across the business of CJ Records. He aims to show that talent has no age barriers and needs only the desire to be successful because the rest comes naturally. Jasz Gill is still studying full time  and therefore, amazingly combines his education with a singing career. Even though it is challenging sometimes, Jasz Gill wants to share his determination as an artist with you by showing you what he can do as a singer!

Kamal Raja’s motto is, “Dream as if you have forever, but live as if you only have today!” Kamal began his singing career at the age of 14. In his lyrics he likes to share his experiences of life. Since his young days he’s experimented with fusion of Desi and hiphop lyrics with an urban style. This method of fusing styles comes across strongly in the single ‘Like a Star.’ When he met CJ, he felt a good vibe between CJ and himself. Kamal knew that this union between them would work because because CJ supported his ideas. 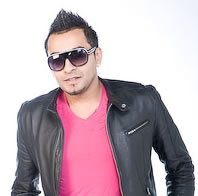 Kamal would like everyone to hear and see that the way of approaching a song is sometimes more important than just singing the tracks. He is confident that with CJ records they can start a new trend, using a new approach with different styles. He says of the team, “Believe, support and watch! We will explode in 2010.”

Here is the video teaser of the catchy and upbeat song:

This is CJ Records, ready to hit the Desi music scene hard with two new passionate artists who are keen to show-off their abilities as singers and songwriters. We know that these  guys will be working hard to make a mark  with ‘Like a Star,’ and then working hard to produce a lot more upbeat and catchy music.

All we can say is keep in touch with their music and support their first release – ‘Like A Star.’ Because every artist and producer starts somewhere and this is where CJ Records are kicking off with a bang. And don’t miss their upcoming tracks because they will want to give you something new every time.

Jas likes to keep in touch with the world of music and entertainment by writing about it. He does like hitting the gym too. His motto is 'The difference between the impossible and the possible lies in a person's determination.'
AR Rahman nominee for Grammys
2010 UK Asian Music Awards Nominees