There have been some amazing football achievements over the years. We look at 10 unbeaten football world records.

Football is no exception to the rule that all sports are unpredictable.

In fact, football can occasionally be more shocking than other sports because anything can happen in a single 90-minute game.

We have seen teams and players put on astounding performances, whether it was in one game or throughout an entire season.

Some of these world records would be very challenging to surpass. 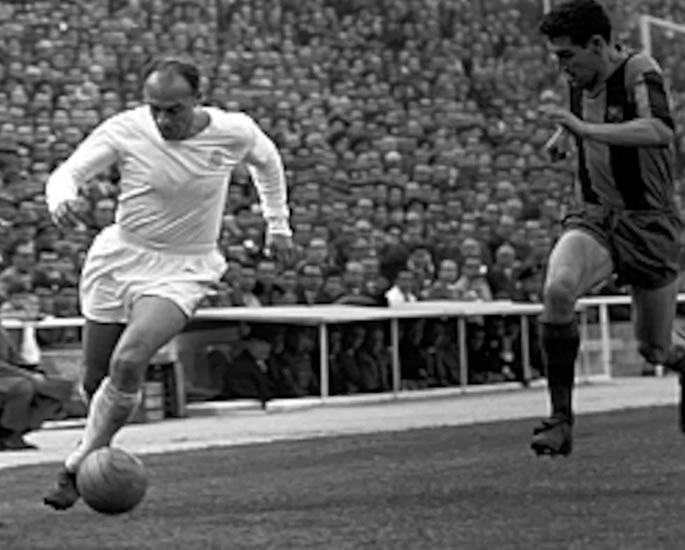 Some teams have turned their home grounds into fortresses.

However, no team in any league has even come close to Real Madrid’s unbeaten football world record.

Since then, no other team has amassed a home-winning streak of more than 100 games.

The 96-game streak by Red Star Belgrade is the second-longest. 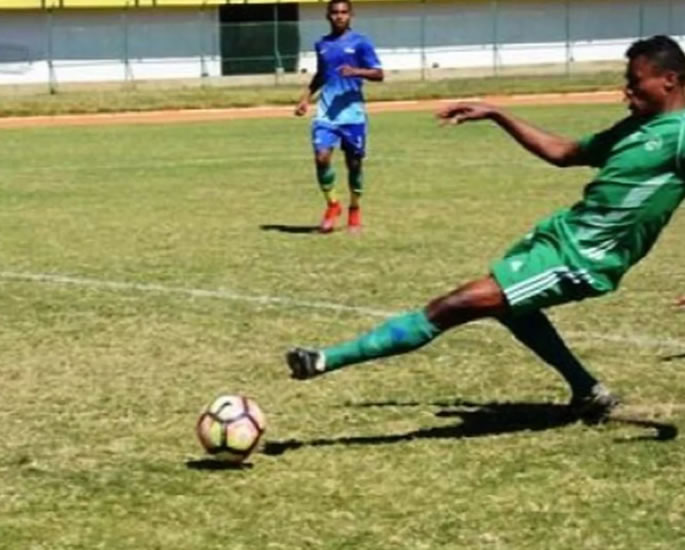 This unbeaten football world record was both spectacular and upsetting because it happened in protest to the unfair refereeing of one of the teams competing in the game.

The highest-scoring match was between AS Adema and SO l’Emyrne in October 2002.

A four-team round-robin tournament was played to determine the national champion of Madagascar.

Due to improper referring in earlier games, SO l’Emyrne played AS Adema and protested the poor judgement that eliminated them from the title race, scoring own goals.

AS Adema ended up winning the match 149-0. But things worsened for SO l’Emyrne because they were given a three-year suspension from the sport. 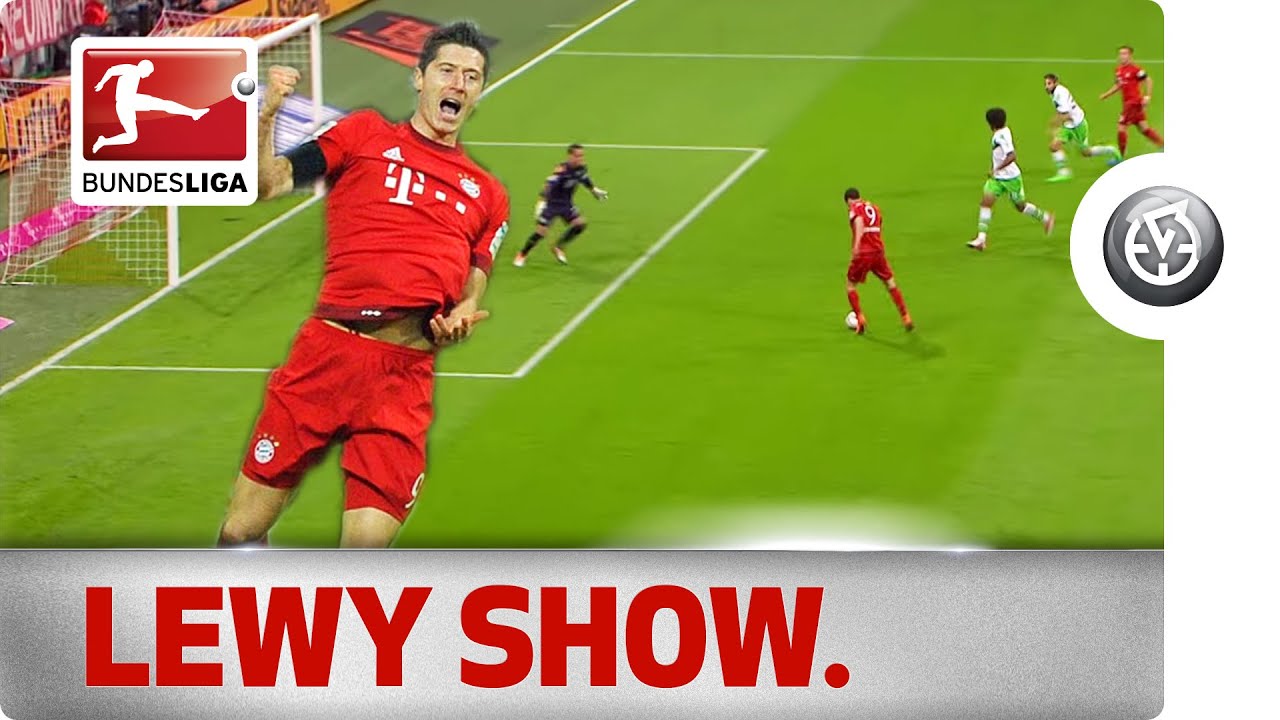 Prolific goalscorer Robert Lewandowski made history when he scored five goals within a nine-minute period.

With Bayern Munich trailing 1-0, Lewandowski was brought on at half-time to change things.

He equalised in the 51st minute. Lewandowski then scored another four by the 60th minute.

Lewandowski also became the first substitute to score five goals in a game and recorded the fastest hat trick in Bundesliga history. 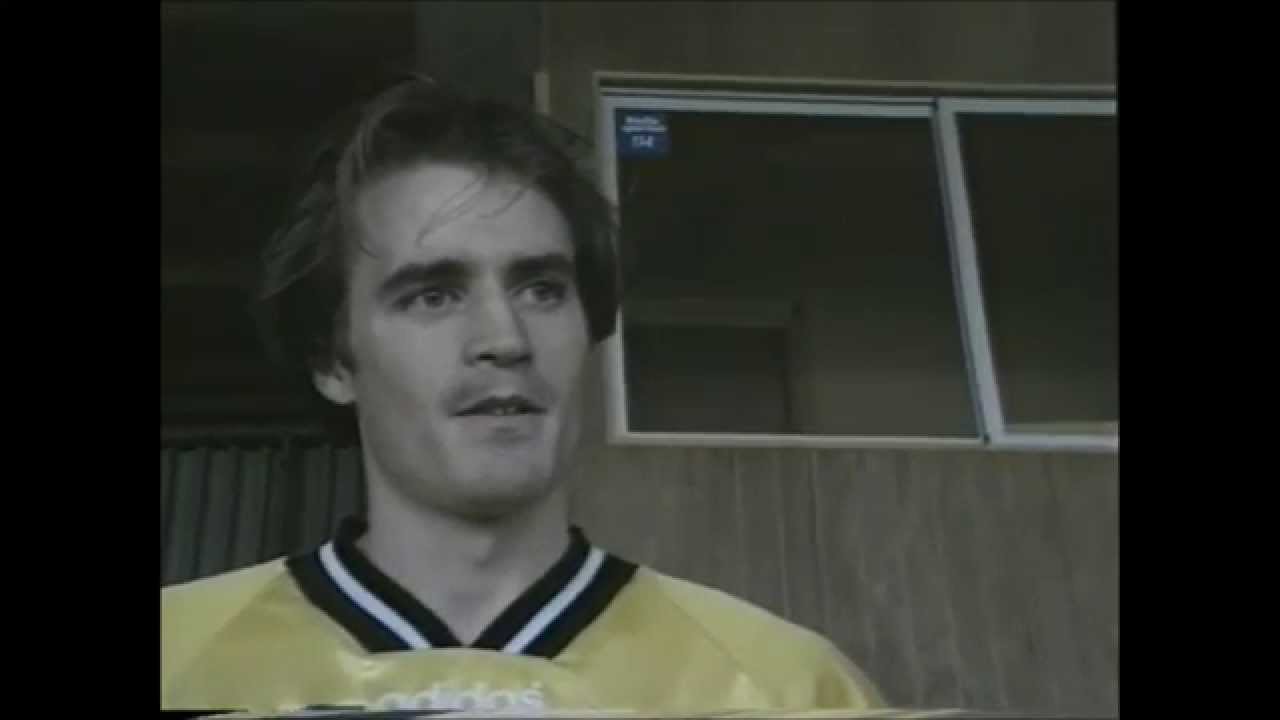 For a footballer, a hat trick is a special moment.

But for Swedish forward Magnus Arvidsson, his hat trick is the fastest ever scored.

He did this in 1995 when playing for IFK Hässleholm.

Most Goals Scored by a Goalkeeper 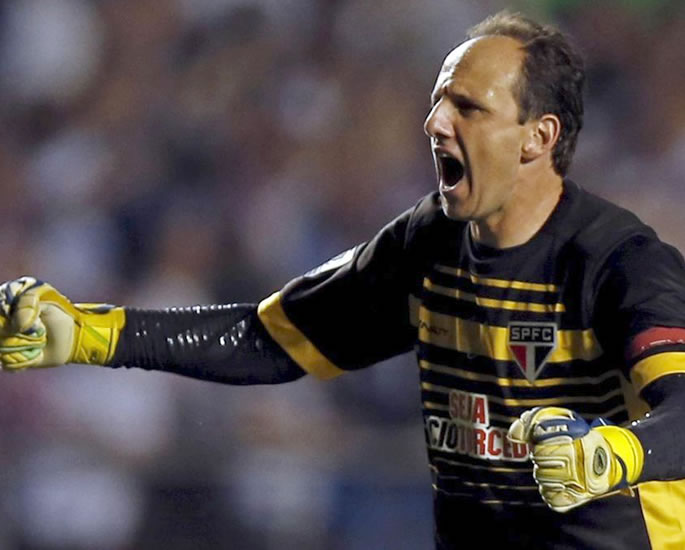 When talking about prolific goalscorers, goalkeepers do not come to mind.

But in this case, Brazilian Rogerio Ceni amassed 131 goals.

He had a fantastic 25-year career, during which he spent 24 of those years with Sao Paulo.

He racked up huge figures that cemented his status as a legend.

1142 Minutes Without Conceding an International Goal 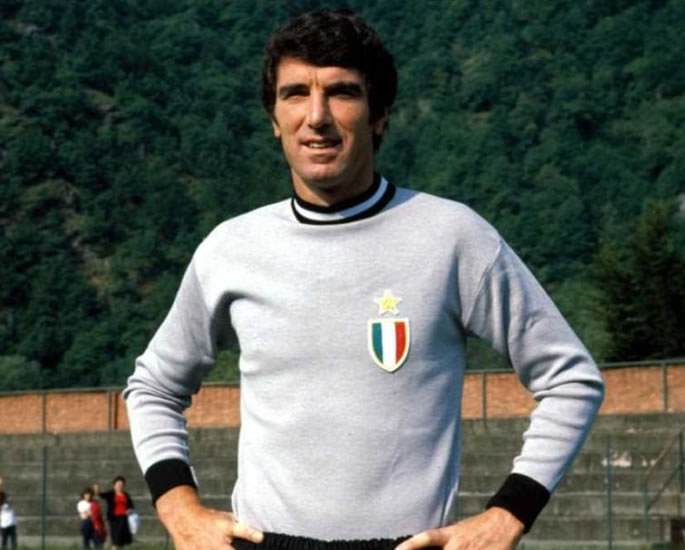 When it comes to goalkeepers, Dino Zoff sets the benchmark because the Italian icon established the standard for many keepers who followed after him by setting an unbeaten world record.

Zoff set many records during his career, many of which are still noteworthy.

He had the most consecutive Serie A clean sheets until it was broken by Gianluigi Buffon.

But his remarkable record of not conceding an international goal in 1,142 minutes remains intact.

Zoff did not concede a goal for two years. Haiti’s Emmanuel Sanon eventually scored during the 1974 World Cup.

Most Goals for a Single Club 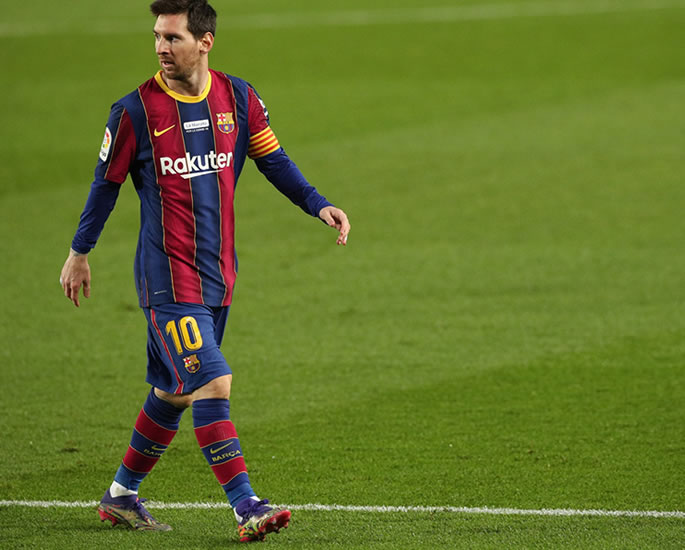 Often regarded as the greatest player to ever play the game, Lionel Messi has the most goals for a single club.

During an illustrious near two-decade-long career, Messi scored an astounding 672 goals for Barcelona, surpassing Pele’s record for most goals for a single club.

The six-time Ballon d’Or winner, who is also the all-time La Liga top scorer, is one of two players to score 100 Champions League goals for one club.

After leaving Barcelona for PSG, Messi’s record looks unlikely to be broken.

91 Goals in a Calendar Year 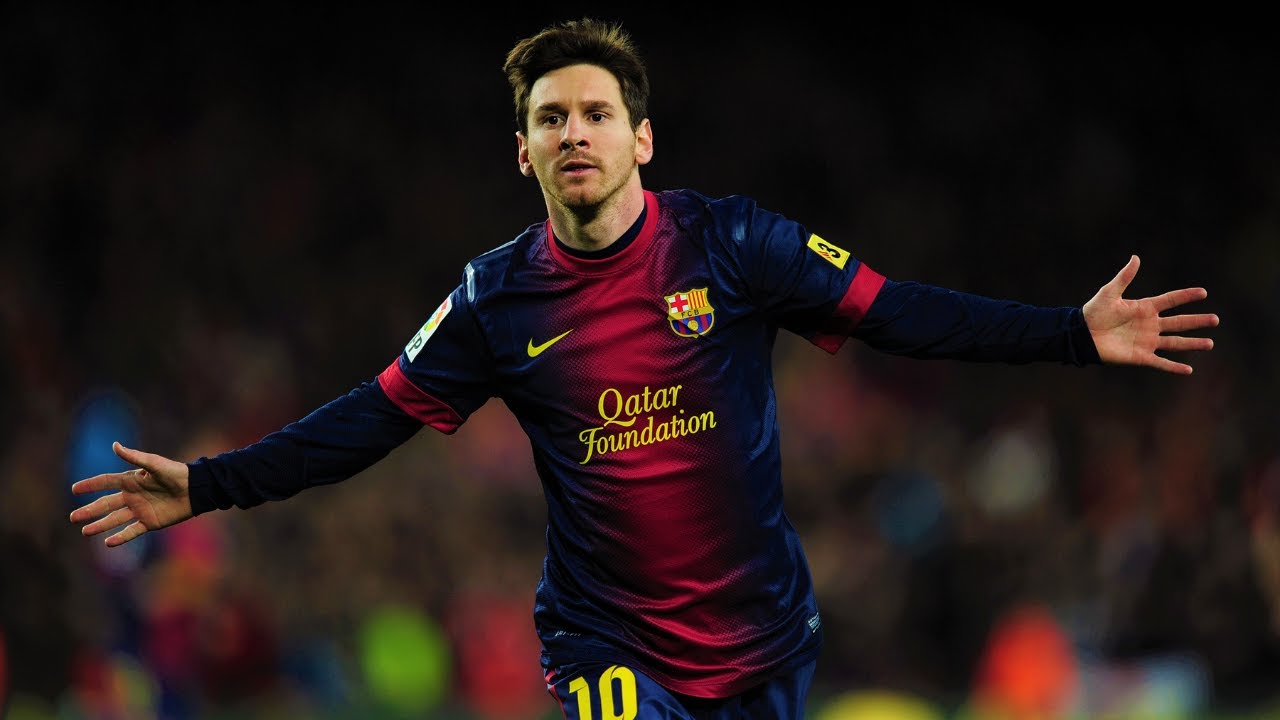 Lionel Messi also has the most goals in a calendar year.

In 2012, the Argentinian superstar gave the best demonstration of his scoring prowess.

He scored 91 goals in one calendar year for Barcelona and his nation combined.

In addition, he added 12 more goals for Argentina, scoring them in both World Cup qualifying matches and friendlies (7 total). 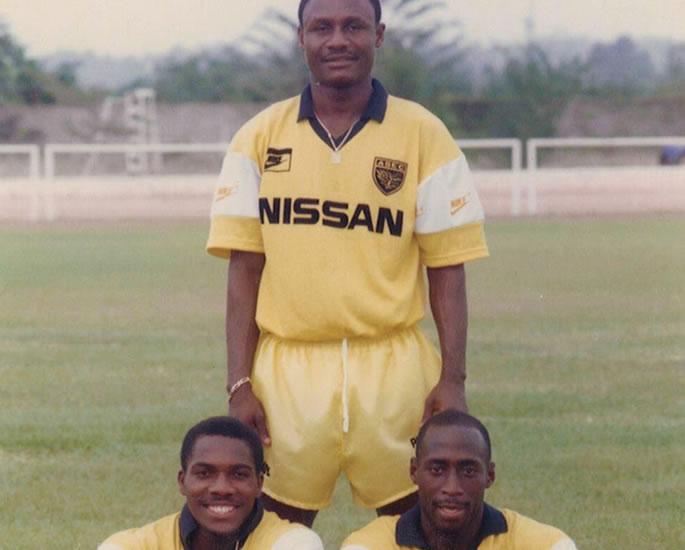 When discussing unbeaten teams throughout history, who have created football records, there have been several successful streaks.

However, one team stands out above all others – and it didn’t even take place in Europe.

Given that Steaua Bucharest went unbeaten for 104 matches, you would think that the Romanian side would hold the record. But that is not the case.

A club from Abidjan, Ivory Coast, ASEC Mimosas enjoyed a fantastic run of 108 unbeaten games in the Côte D’Ivoire Premier Division between 1989 and 1994.

The fact that they were reluctant to lose while having four distinct bosses makes the feat so astounding.

This one will stand for many years to come and is practically an unbeaten football world record.

Six Titles In A Calendar Year 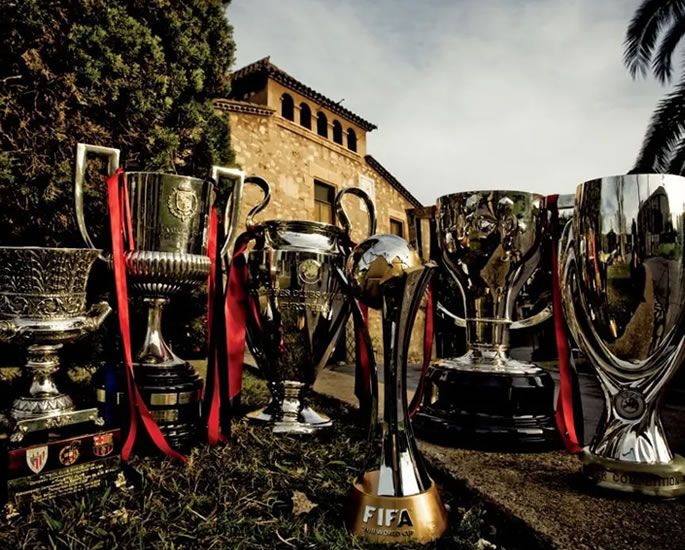 Even though Pep Guardiola only spent four seasons at Barcelona, he and his squad made sure to leave a lasting impression to assert a position with an unbeaten football world record.

He was prosperous during his time with Barcelona, but his first two years can be regarded as the apex of the team’s output.

Starting with La Liga, Copa del Rey and the Champions League, the team was able to win six championships in 2009.

These victories allowed them to win the FIFA Club World Cup as well as the Spanish and European Super Cups.

The Catalans were on the verge of losing the year’s final tournament against Estudiantes of Argentina, but a few late goals allowed them to accomplish something no one else has before.

This feat was matched by Bayern Munich in 2020.

Numerous records have been established and revised over time as new players continue the legacy of their legendary forebearers and the game as a whole.

Although these unbeaten football world records have endured the test of time, will we see any footballing newcomers who can break them?

Ilsa is a digital marketeer and journalist. Her interests include politics, literature, religion and football. Her motto is “Give people their flowers whilst they’re still around to smell them.”
Bangladeshi Stars react to Brazil’s Victory at World Cup
Adam Azim demolishes Rylan Charlton in 2 Rounds