Janhvi Kapoor suffers verbal abuse at the hands of social media trolls. She was ridiculed for stepping out in a revealing coloured bodycon dress.

“Social media can mess you up. But now, I am working on it."

Actress Janhvi Kapoor is mercilessly targeted by social media trolls for wearing a revealing bodycon dress outside a restaurant in Mumbai.

As soon as the actress stepped out of her car, paparazzi began clicking photographs.

Janhvi is not new to the double-edged sword of being a celebrity. Praise and criticism go hand in hand.

She has previoulsy been trolled for her dress sense. This includes from being called out for showing too much skin to questionable taste in outfits.

Recently, Janhvi was spotted in a nude figure-hugging dress with a scooped neckline. The sleeveless dress was paired with white chunky trainers that had gold detailing.

She kept accessories to a minimum except for a black Chanel shoulder bag.

To complete her look, Janhvi continued with the minimal theme, alongside a natural makeup look and a soft blow-dry. 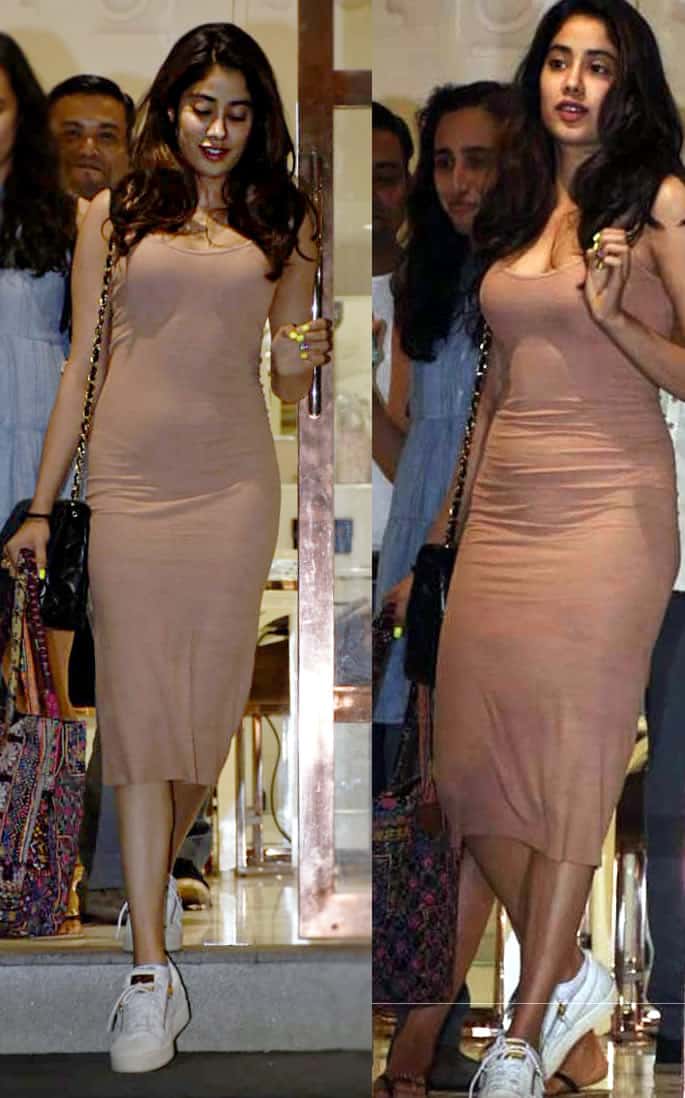 This casual combination ensemble is perfect for a relaxed day. Yet, Janhvi Kapoor fell prey to some  harsh comments made by many people on social media.

In this instance, she was body-shamed and objectified. One social media user posted on Instagram:

“Aur thoda tight chahiye tha.” (Should have been a little tighter).

The verbal abuse did not end here. Another person on Instagram questioned why she would wear something like that, saying:

(Does she not have any decent clothes? Whenever you see her she is in tights and vests and such nude clothes, them days are not far when she will walk out in bras).

This is a regular occurrence in celebrity culture. It does not take long for social media platforms to turn into a battlefield of horrid words.

Celebrities are belittled for their choice of clothes. Janhvi Kapoor has always tried to be the bigger person and not let such comments knock her confidence.

According to The Times of India, Janhvi Kapoor revealed the effect of ruthless trolling. She said:

“It used to really bother me. I started self-valuing on what they would say. But then, I realised it’s virtual reality.”

“Social media can mess you up. But now, I am working on it. I am trying not to get worked up about it. They would never say these things to you if they met you in real life.”

The cruelty of social media trolls against Janhvi Kapoor is a regular occurrence; however, it is still shocking.

Ayesha is an English graduate with an aesthetic eye. Her fascination lies in sports, fashion and beauty. Also, she does not shy away from controversial subjects. Her motto is: “no two days are the same, that is what makes life worth living.”
Top 25 Bollywood Actresses in Bikini Photos that Sizzle
Stylish Knitwear to wear with Salwar Kameez