Green tea has gained popularity through its uniquely refreshing taste. DESIblitz examines why it is also gaining momentum as an alternative to medicine.

Green tea contains a super antioxidant that is known as a healing compound for the body.

Used in the 7th century by the Chinese, green tea has been around for a very long time, boasting many benefits as a detox aid and an alternative to other medicines.

But while it has been touted as a miracle cure, it has also been derided as a fake by some.

In the 11th century, it was brought from China to the Middle East and sold as a herbal medicine as the answer for everything from headaches to arthritis.

In 1911, it was written that ‘green tea is good for all vital organ stimulation and that it has many medicinal qualities’.

Yet, to truly understand the health benefits of any food, one must know where it comes from.

Green tea grows just about anywhere with a hot and humid climate. The gorgeous heat in South East Asia makes an ideal location. 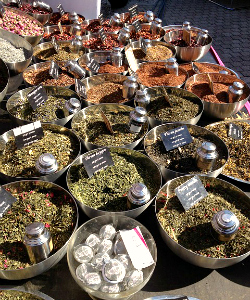 Green tea leaves are harvested around three to four times a year, with the first happening in early May.

After drying in the sun or an oven, it is sold in loose leaf form so it can be steeped in teapots.

There was a great demand originally for its large leaves, because they gave a better infusion and hence better taste.

But it soon became one of the first teas to be transferred to the form of the tea bag, as they were cheaper and could be brewed longer to achieve grade quality.

In addition, tea bags were easier to carry in smaller boxes, instead of the larger tea chests that were customarily used.

It is recommended to only steep green tea for two to three minutes tops. Any longer will bring out a slightly bitter taste.

Another use for green tea is to dry it and use it in powder form, but not for drinking. Once processed, green tea becomes Matcha powder which is commonly found in ice cream and cosmetics.

It is also a great for enhancing flavours in other foods, such as chocolate, candies, pastries, cereal and energy bars.

As versatile as it seems, many question if green tea can bring about health benefits and cure certain illnesses.

Though it contains more flavonoids and Vitamin C than fresh fruit, you would have to drink an awful lot to get the same amount of nutrition as you would from orange juice.

Its celebrity status really comes from its ability to improve metabolic rate and not the heart rate, meaning it can help you with your diet.

Green tea also contains a super antioxidant, called epigallocatechin-3-gallate (EGCG), which is known as a healing compound for the body.

EGCG gets rid of free radicals which can damage healthy cells and possibly cause cancer. Perhaps this is how green tea earns its ‘miracle cure’ reputation. 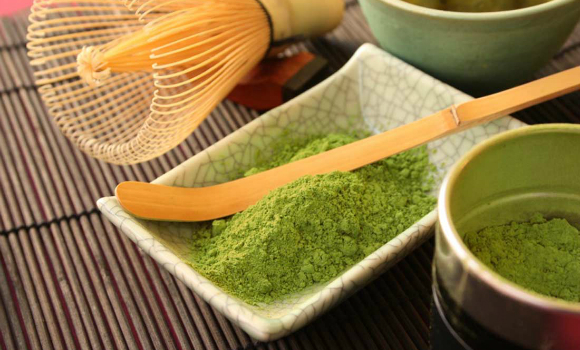 You can also try incorporating green tea as part of a calorie controlled diet to help neutralise the toxins in your body and burn off fat.

As a drink, it carries thermogenic or fat burning agent, which helps burn fat and increases the effects of a diet.

On the flip side, there may not be enough EGCG intakes unless huge amount of green tea is consumed regularly.

Therefore, the best way to absorb its nutrition is in capsules or liquid form, where the impact is highest in concentrated form rather than as a beverage.

Paula M., the manager of a Chinese supermarket, tells DESIblitz that she uses green tea capsules as an anti-inflammatory drug.

She takes them for hay fever, sore throat and runny nose and praises how it beats any Western medicine she has used before. 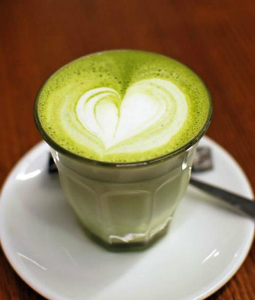 With two times the antioxidants of Vitamin C or Vitamin E, and 50 times that of pomegranates or spinach, this wonder ingredient can reach parts of the body that others cannot.

The antioxidants can also reduce the amount of carbohydrates in our body, which in turn increases metabolism.

It has been suggested that green tea strengthens brain function, resulting in less cognitive impairment. Some deduce this as a potential cure for Parkinson’s.

What’s more, studies and trials have shown that this green elixir has an inhibiting effect against the progression of prostate cancer.

However, the British Journal of Cancer discovered no link between green tea and prostate cancer in its research conducted among 20,000 Japanese men in 2006.

No doubt, medical research and trials will continue relentlessly, until scientists and doctors have reached consensus on whether green tea is the new magic pill or just another hot drink on the menu.

Possessing a wicked sense of humour Tim has travelled the world indulging in every culture and enjoys life to the fullest. His motto is "Carpe Dium" or "Seize the day"!
Best Concealers for Asian Skin
Milan welcomes first Indian Male Model