“I have no clue about a recording session.”

Virat Kohli will be swapping his bat for the microphone to welcome the inaugural season of football league, Premier Futsal, in India.

The exciting collaboration will be Virat’s first time showcasing his musical talents and a first for Rahman as well – penning music for a franchise-based sports league in India.

Virat says: “I have been a fan of A.R. Rahman for years. It will be a personal achievement and also a privilege to share the screen with him and lend my voice to the anthem of Premier Futsal.” 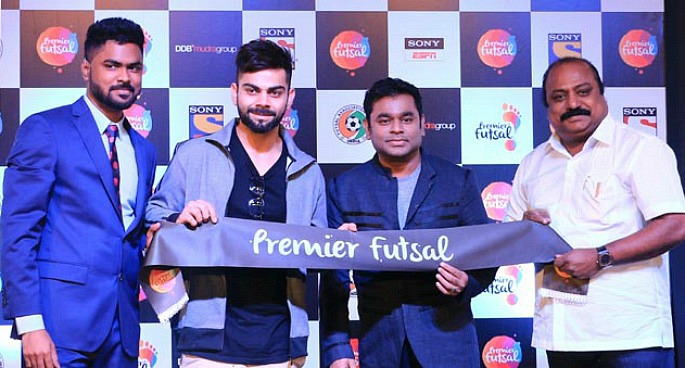 The 27-year-old cricketer admits this is completely new territory for him, saying:

“I’m under more pressure than on the field as I’m sitting next to a person I hugely admire. Many of my childhood memories have a connection to the tunes of this man.

“I know how to prepare for cricket, but I have no clue about a recording session.”

But the ‘Mozart of Madras’ has faith in him: “I’m especially excited to work with Virat Kohli on this, let’s hope he is as good with his melody as he is with his bat!”

We shall find out if Virat indeed excels in both ‘pitches’ when the video of ‘Naam hai Futsal’ is revealed on June 20, 2016!

An honor to have spent some time with the legend, Mr. @arrahman. Genius at work & epitome of humility. Thank You Sir pic.twitter.com/SQOn8JxqVu

Premier Futsal in India, organised by Portuguese football legend Luis Figo through Premier Futsal Management, is the first multinational league of its kind.

The 5-a-side indoor football tournament will run its first season from July 15 to 24, 2016. Top international Futsal players will represent eight teams from across India to compete for the champions title. 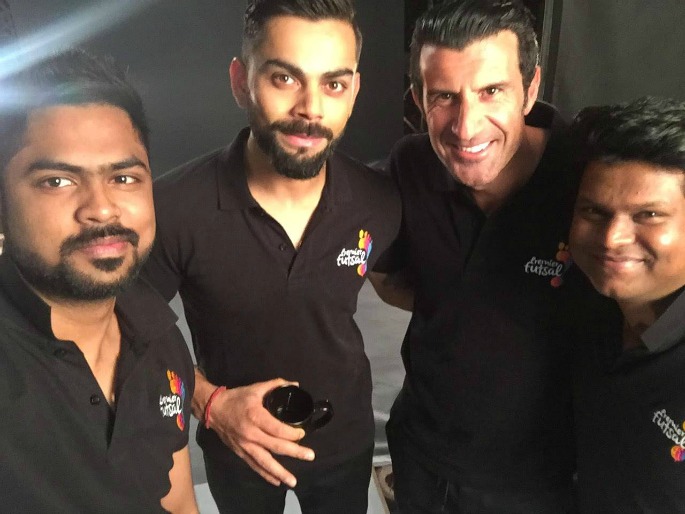 Namdev S Shirgaonker, president of Futsal Association of India, says: “Futsal has been around for over 70 years and currently it is one of the fastest growing sport in the world and as well as in India.

“The league would also thrust the sport in mainstream attention and make aspirational for the youth of the country.”

As the league’s ambassador, Virat will be actively promoting the league, in addition to his singing gig, to support the development of professional sports among young people in India.

The cricket star is also passionate about helping underprivileged children in the country, and recently organised a celebrity football match in the Andheri Sports Complex in Mumbai. 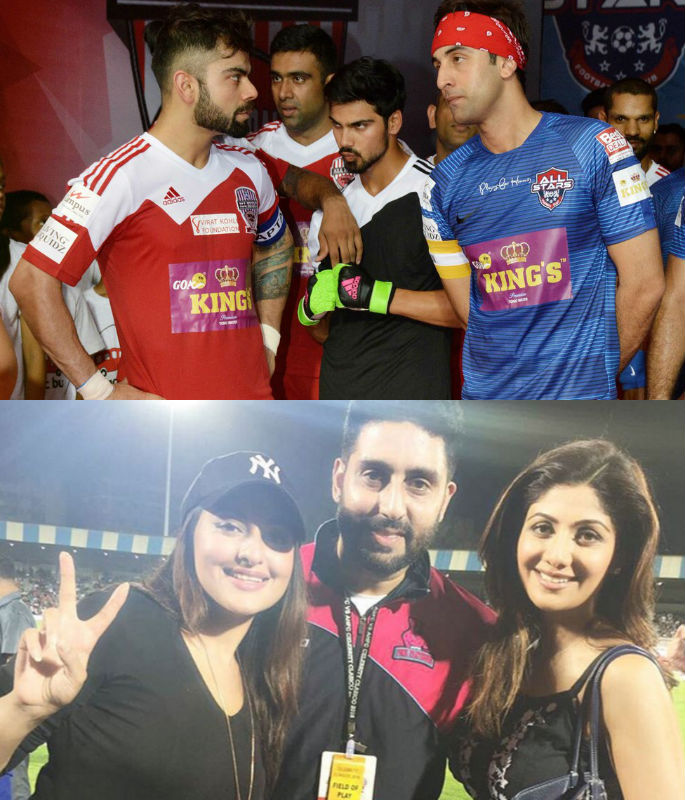 The charity match between ‘All Heart’ team (MS Dhoni, Harbhajan Singh and more) and ‘All Star’ team (Ranbir Kapoor, Arjun Kapoor and more) finished in a tie, and raised funds for The Virat Kohli Foundation and Abhishek Bachchan’s Playing For Humanity.

The inaugural season of Premier Futsal will kick off on July 15, 2016 and feature 23 matches. They will be broadcast live on Sony Six, Sony ESPN and Sony AATH channels.