The CONIFA World Football Cup kicks off in London from 31 May 2018. 16 teams feature in the tournament, including Panjab FA.

"To be participating in the Football World Cup is a special feeling."

The 2018 CONIFA World Football Cup is a global sporting event, which celebrates and champions the underdog. The 11-day tournament takes place in London from 31 May to 10 June 2018.

Organised by CONIFA, this international football event features a confederation of smaller nations that are not affiliated with FIFA.

The tournament provides an opportunity for players from different regions, minorities, and unrecognised states to show their class on the football pitch.

Paddy Power, a massive name is the title sponsor for the tournament.

This time around the event consists of 16 teams from 5 continents, which includes Panjab FA. So CONIFA is growing year on year – be it slowly. The 2016 edition saw 12 teams taking part. 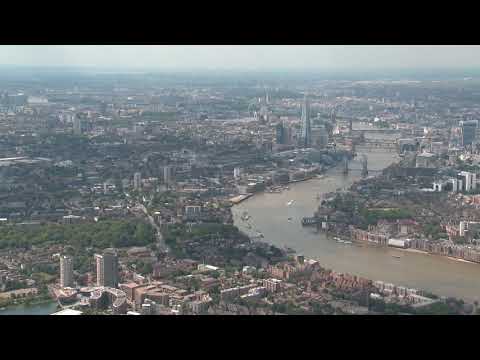 Most of the teams go into this World Cup with a decent squad. The event can give a good experience to the younger lads who come into the fold.

The competition level will be high amongst the teams. As the tournament progresses, some of these teams will improve and develop at a rate of knots.

The participating teams will use this world platform to promote justice, peace, and development.

Whilst Right Said Fred has recorded the theme tune for the 2018 event, the fans have designed the kits. 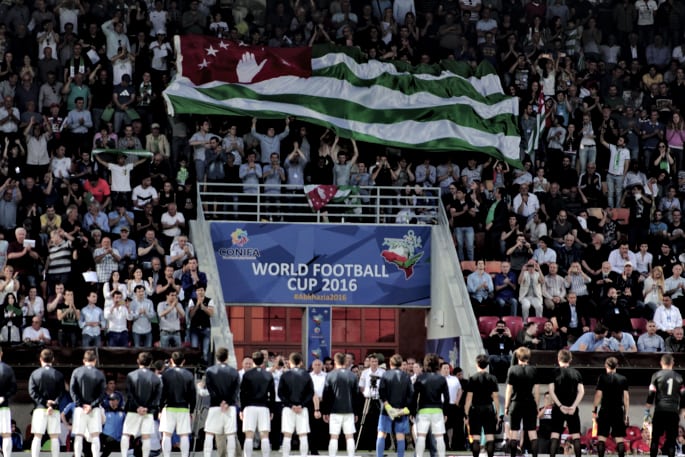 Teams are divided into four groups of 4 (Group A, B, C, and D). Each team will play against the three other sides in a round robin format.

The top two teams from each group will compete in the knock out stages, starting with the quarter-finals on 5 June 2018.

Winners from the last eight will battle it out in the semi-finals on 07 June 2018.

The best two teams will face each other in the final on 09 June 2018. There will be a total of 48 matches in the tournament.

The tournament will comprise of some beautiful pitches, spread across 10 venues in around London and surrounding areas (Greater London, Essex and Berkshire). The venues include Sutton, Bromley, Enfield, Haringey, Carshalton, Rotherhithe, Bedfont, Aveley, Bracknell, and Slough.

Mark Clattenburg, a former Premier League Official leads a total of 24 referees in the tournament. Mark is also the referee for the final.

Besides the customary yellow and red cards, referees will also hand out green ones to players for dissent or diving. A player who receives a green card will have to be replaced by a substitution. 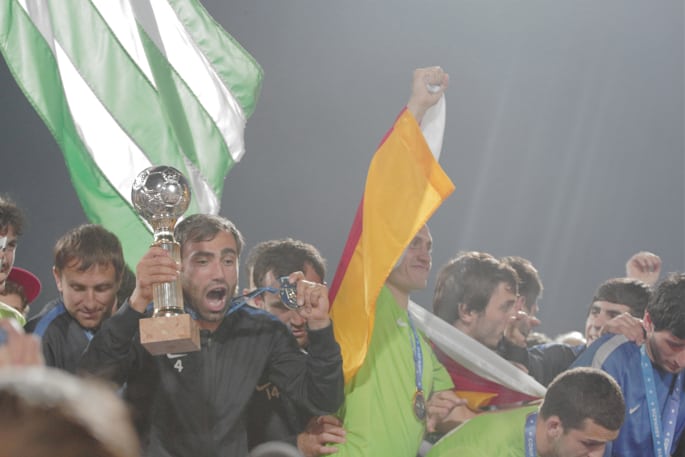 Preparations for team Cascadia have been somewhat different. Cascadia has not trained much together, especially with a few of their players and coach being in the UK for some time. However, the team is familiar with UK conditions.

To generate interest in China, Tibet makes its debut in the World Cup. Despite being a lowly ranked national team, football is an important part of the Tibetan culture. They qualified as a wild entry into the tournament.

“To be participating in the Football World Cup is a special feeling. It is not a matter of whether we win or lose. It is a matter of freedom.”

Lobsang Sangat, president of Tibet in exile is confident for the team adding: “When it comes to the CONIFA World Cup, we don’t want to share, we want to win it.” 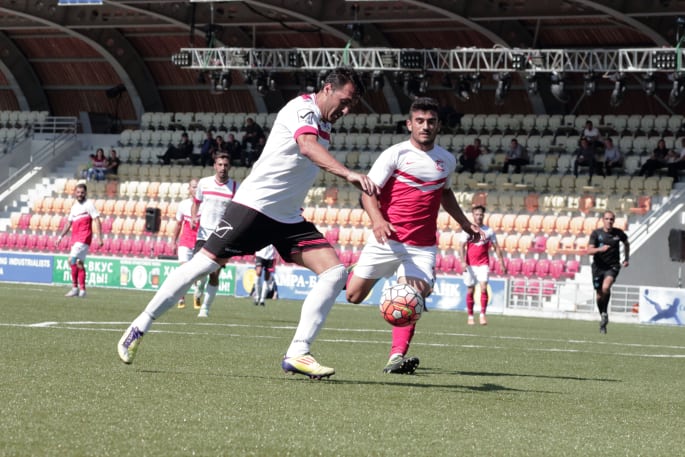 Tibet is in Group B with 2016 champions Abkhazia, wildcard entry Karpatalja and Northern Cyprus.

Matabeleland represents wildlife, community, singing, dancing, community, and football with a heart. The CONIFA World Cup will be Matabeleland’s first ever international fixture.

The United Koreans in Japan is a team, which includes displaced North and South Koreans of Japan. The team is based in Tokyo.

Describing what it means to play in the World Cup, Gwang Yeon Choi, Midfielder from FC Korea says:

“It’s a great honour for me to participate in London. I’m one of a minority here in Japan as a Zainichi Korean. It’s very important for us to take part in the CONIFA international tournament.”

An Yong-Hak is a player-manager for the team and also a CONIFA Ambassador. The United Koreans can go far, with so many good players in the team. 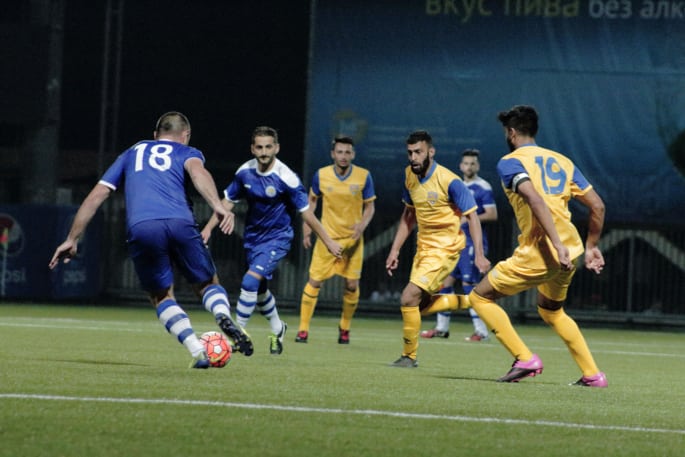 British Asians will be keeping a close eye and following 2016 Runners-up Panjab FA. They lost 6-5 on penalties in the final two years ago against Abkhazia.

Panjab will play all of their 3 Group D matches at Arbour Park in Slough. The Panjab team will bank on their DESI family spirit to target World Cup glory.

Punjab has a few players who come with an interesting background. The striker, Aman Purewal from Sunderland is the first footballer since Geoff Hurst to score a goal in a senior World Cup final. He will be key in the forward position.

Panjab will be hoping Gas Engineer/Personal Trainer and centre-back Aran Basi can keep it tight in the line of defence. He has previously been on trial with Notts County before they let him go.

Right back Toch Singh from London knows how to balance football and his main job as a Metropolitan Police Officer. His experience and a cool head are valuable to the team’s chances.

Reflecting diversity, along with highlighting the team and support from the Asian community, Chairman Harpreet Singh said:

“CONIFA has found an opportunity to represent all of the cultures in the world.

“Around 40% of the players at this tournament will be former professionals but all of our group games will be played at Slough Town so we’re hopeful the local Panjabi community will come out and support.”

Overcoming the disappointment of 2016, Panjab FA will want to do one better and lift the trophy in 2018.

Overall this tournament is about football and the growth of football. Most teams will be aiming to get better, producing more professional footballers for the future.

Wishing the teams all the very best, we hope Panjab can go one step further and gets more international recognition.

Hopefully, the 2018 CONIFA Football World cup can replicate some of the great performances of the past.

Faisal has creative experience in the fusion of media and communication and research which increase awareness of global issues in post-conflict, emerging and democratic societies. His life motto is: "persevere, for success is near..."
Amir Jordan: The Latest Desi Wrestler in WWE
Arbaaz Khan admits Involvement in IPL Betting Racket