Bollywood filmmaker and actor, Arbaaz Khan has admitted to being involved in an IPL betting racket. He was summoned by police as part of an Anti-Extortion Cell investigation after his name was divulged by a bookie.

"We called him. We took his statement. He has cooperated with us."

Bollywood producer and actor, Arbaaz Khan, has confessed that he placed bets during Indian Premier League (IPL) matches. His name was given to police, by Sonu Jalan, a major bookie, who was arrested on Tuesday May 29, 2018.

A summons was issued to Arbaaz Khan on June 1, 2018, by Thane police to in connected in with the IPL betting racket.

Arbaaz, aged 50, told police in Maharashtra’s Thane during questioning on June 2, 2018, that he has been involved in placing bets on IPL matches for the last six years.

In a statement after his questioning by police, Salman Khan’s brother said:

“My statement has been recorded. Police asked whatever they needed in this investigation and I answered them. I will continue to cooperate with them.”

Officials said that Arbaaz Khan colluding with Sonu Jalan placed bets on the IPL matches played in 2018, as well.

Officials say during the interrogation it was revealed that Arbaaz allegedly lost Rs. 2.80 crore to Sonu Jalan in the IPL betting on matches and the bookie was not paying the amount due to him. After which, the bookie threatened that actor.

During the police questioning, Arbaaz Khan was brought face-to-face with the bookie involved, Sonu Jalan.

“We called him. We took his statement. He has cooperated with us.”

During the investigation, Sharma said that they had established a “connection” between Jalan and Arbaaz and that the two men knew each other for over five years. 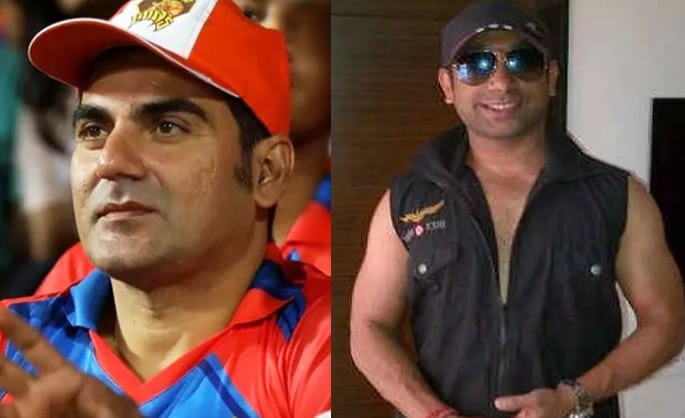 According to reports, Jalan ran an international gambling operation worth Rs 5,000 crore and is said to have connections with underworld boss, Dawood Ibrahim.

The Anti-Extortion Cell (AEC) busted the IPL betting racket on May 15, 2018, with the arrest of four people in Mumbai, including Sonu Jalan alias Sonu Malad, who is believed to be one of the top bookies of the country, officials stated.

During the investigation os Sonu Jalan, it was found that he had had a diary with details of clients and bookies and that he worked for a kingpin of kingpin of cricket betting who goes by the name of “Junior Kolkata”.

Police say: “names of other accused members are in front of us and they will be dealt with through the investigation.”

In addition, “the laptops and electronic equipment recovered is being investigated via forensics.”

The cash-rich IPL has been shadowed by gambling controversies since the popular cricket competition started in 2008.