India’s bid to reach the Semi-finals of the 2018 Women’s Hockey World Cup ended in the last eight after losing a shootout to Ireland. DESIblitz reports!

"I think we need to improve up front and convert our chances."

India crashed out of the 2018 Women’s Hockey World Cup following a dramatic match against Ireland in the last eight.

Ireland beat India 3-1 in a thrilling penalty shootout at the Lee Valley Hockey and Tennis Centre on 02 August 2018.

Ranked 10th, India had an inconsistent tournament before beating Italy in the playoffs to secure a quarter-final berth.

Ireland who were 16th in the world rankings could not have asked for a better run in the tournament. Despite losing 0-1 to England, the Irish topped Pool B. The group phase also included a 1-0 victory for Ireland against India.

Both sides fielded their best starting eleven for this all-important clash.

Following the respective national anthems, the match began in front of a packed crowd. A large contingent of Indian supporters was seen waving their flags. There were over 9,000 spectators in the stadium to watch this match. 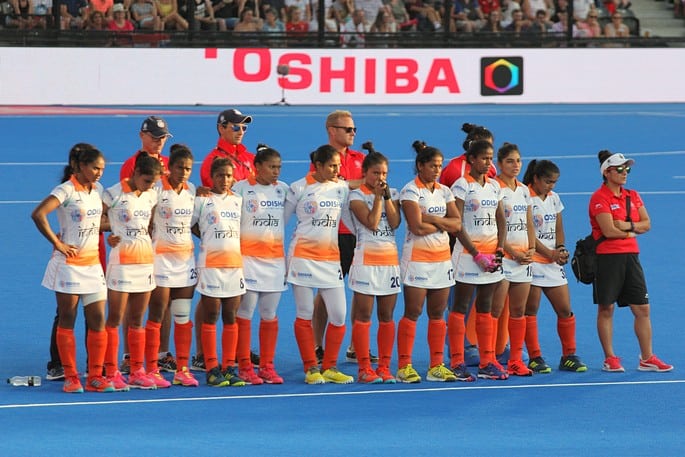 India put in an excellent defensive display in the first quarter. Ireland, on the other hand, had good early possession and tried to push India on the counter-attack.

In the second quarter, Ireland’s attacker Anna O’Flanagan had two chances within a quick space of time. But she could not convert the opportunities. In fact, Savita the impressive save stopping goalkeeper from India was not really tested by O’Flanagan or her teammates.

Ireland goalie Ayeisha McFerran also did not have much to do in the first half of the game.

India’s best chance came through the only penalty corner of the match in the final quarter. However, Defender Elena Tice cleared the danger, following a shot from Indian skipper Rani Rampal which initially hit the pads of McFerran.

Both teams could not take the match by the scruff of their necks. They could not quite deliver the final pass and execution. There were no goals in the match.

Hence as predicted the match went down to the wire. It was time for a nerve-wracking penalty shootout.

The Irish players seemed tired in the scorching heat of London, with temperatures rising to 33°C. But after a quick team talk, the underdogs from Ireland appeared the more confident. 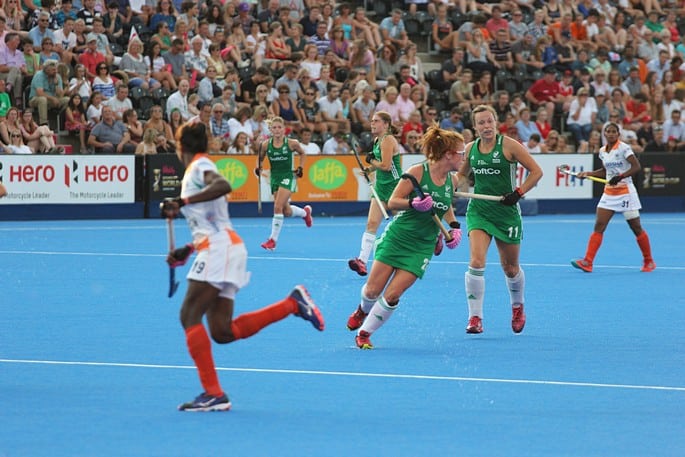 The shootout commenced with Ireland taking the first penalty. Nicola Daly went up first. But she went too close to goalkeeper Savita who denied her a goal.

McFerran next saved from Rani who took the first penalty for India. Savita then cleanly saved the ball to deny O’Flanagan, following a successful video review from India. The umpire had to reverse her original decision of awarding a penalty stroke to Ireland.

Moments later, Monika Malik shot wide as both teams failed to score from their first two penalties. Breaking the shackles, Roisin Upton had the first goal for Ireland. India went clearly on the edge as a powerless shot from Navjot Kaur was comfortably deflected wide by McFerran.

Ireland stretched their lead to 2-0 after a great finish by Alison Meeke who pushed the ball beautifully through Savita’s legs into the right-hand corner. Defender Reena Khokkar kept India’s hopes up when she spun around to score a crucial goal.

Chloe Watkins forcing Savita to go the other way, scored the decisive penalty to take Ireland in the semi-finals of the 2018 Women’s Hockey World Cup. Savita, unfortunately, could not save the ball to keep India’s dream alive. 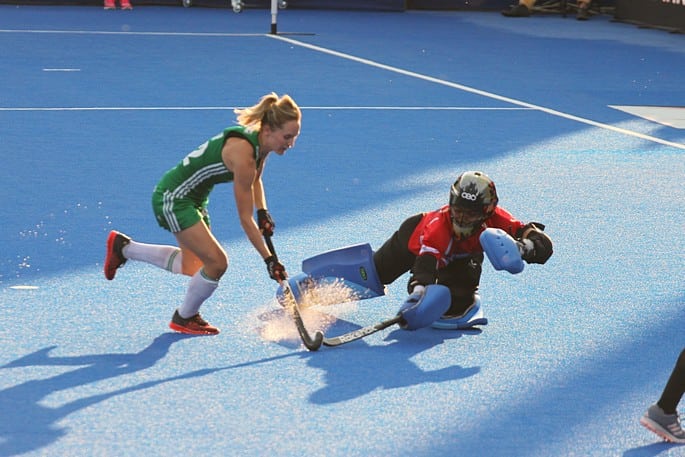 Indian captain and forward Rani spoke exclusively to DESIblitz about the loss saying:

“I think we did not convert the chances we got today. The goalkeeper saved what she could. Our shootout takers were not up to the mark.”

Experience of leading Team India, the young skipper added: “I feel proud of leading such a team, which is very sincere and is always giving their hundred per cent. In this tournament, we have improved with every match.

It was a monumental feat achieved by Ireland as all their players came rushing onto the ground in sheer jubilation.

“We know we lost today and are disappointed and upset of the outcome. But overall we are happy with our performance. [Going foward] I think we need to improve up front and convert our chances.”

An emotional Savita positively speaking about the support from the fans exclusively gave a message to them via DESIblitz:

“You have supported us a lot in this tournament. You do every time. I just want to say keep supporting us. This is not the end. We have the Asian Games next. And I promise we will not disappoint you there.”

Head coach of India, Sjoerd Marijne from the Netherlands also believes his team will take a lot of confidence from this event. India will go into the Asian Games in a good frame of mind. 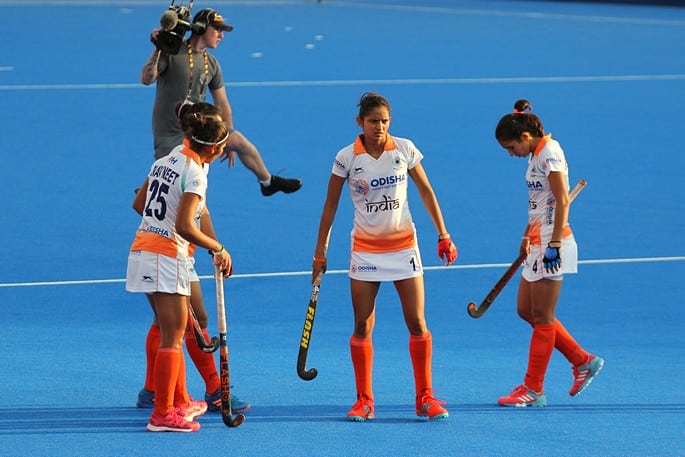 India had a chance to recreate history by becoming the first side to reach the last four since 1974. Obviously, it was not meant to be on this occasion.

As for the Green Army, who could have thought that the second lowest ranked team will reach the semi-finals and final.

DESIblitz congratulates the Ireland team on their phenomenal success at the 2018 Women’s Hockey World Cup. The Netherlands won the tournament after beating Ireland 6-0 in the final.

View all the action from the game in our photo gallery: 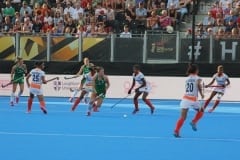 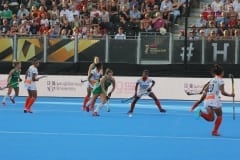 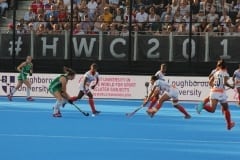 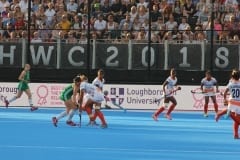 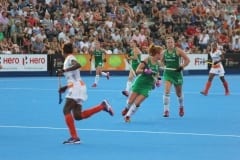 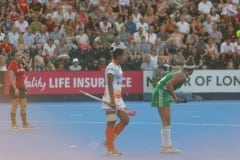 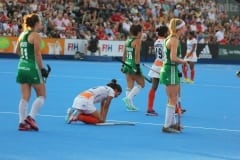 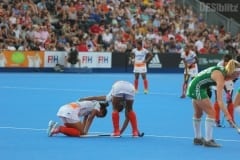 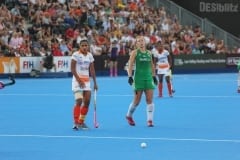 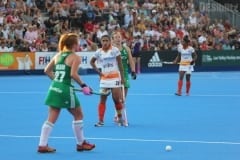 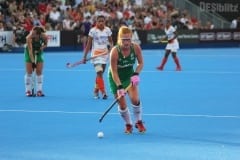 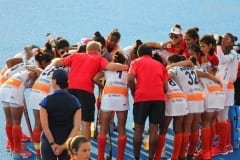 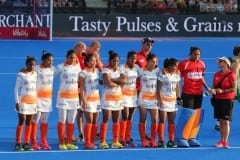 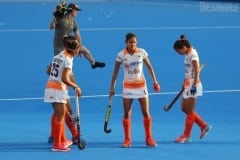 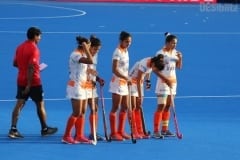 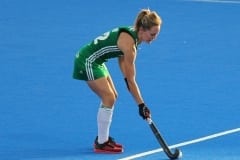 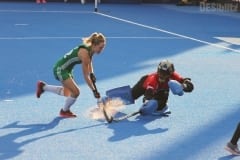 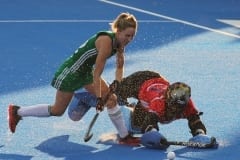 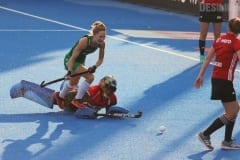 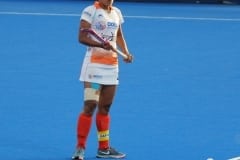 Faisal has creative experience in the fusion of media and communication and research which increase awareness of global issues in post-conflict, emerging and democratic societies. His life motto is: "persevere, for success is near..."
Imran Khan: 5 Top Moments of his Pakistan Cricket Career
10 Indian Cricket Scandals that Shocked the Game