"Indian hockey team is doing well. The World Cup will be challenging"

India’s dream to win the World Cup will take reigns in the Temple City of Bhubaneswar, Odisha from November 28 to December 16, 2018.

This is incidentally the third time India will host the mega event.

They become the second nation to do this, equalling the Netherlands who has served as a host on three occasions.

The 19-day hockey competition provides the perfect platform for stars to become legends. The hockey spectacle will see a total of 36 matches.

Arch-rivals India and Pakistan feature amongst sixteen world-class nations in the tournament.

DESIblitz takes a closer look at the host city, Kalinga Hockey Stadium and other key aspects to the tournament, along with the Indian and Pakistan hockey teams featuring in the event:

The enthusiasm of hockey amongst the people of Odisha has seen the state grow as a global hub for the sport. Several Indian players from the state have gone onto to represent the national team.

Bhubaneswar has a history of arranging two successful FIH hockey events. These include the 2014 Men’s Champions Trophy and 2017 Men’s Hockey World League Final.

“Odisha is known as the new home for Indian hockey. People from this state are very passionate about hockey.

“Hockey India always want to take hockey to places where the sport can grow further.”

Hockey India is expecting tourism to play a big part for this sporting event, boosting the economy of Odisha state and the country as a whole.

Better infrastructure, transport and accessibility will be given to people during the tournament. This will make it a more memorable experience for everyone.

It is too premature to fully know how India will perform at the 2018 Men’s Hockey World Cup. But one thing for sure is that support from Bhubaneshwar citizens can work wonders for the senior team.

The preparations for the tournament are complete and ready for all the action.

The Kalinga Stadium with a new state of the art blue turf is all set to host all the matches for the 14th edition of the tournament.

The stadium has undergone a renovation. With new stands, ground capacity increases to 15,000.

Spectators can expect excellent facilities both inside and outside the stadium. The stadium will make it an interesting adventure for all age groups who arrive from across the globe to watch the world’s best players in action. 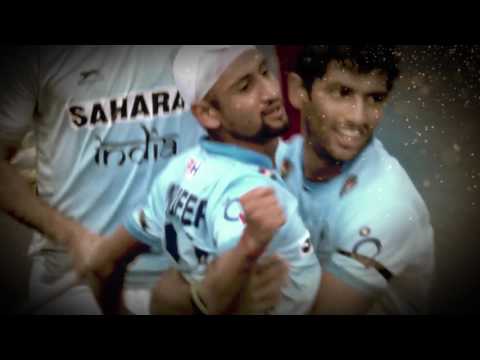 The sixteen teams competing for the World Cup trophy are divided into four pools of four teams each.

During the group phase, each team will play 3 matches in total. The top teams from each pool will qualify for the knockout stages.

Those teams finishing in the first position will directly reach the quarterfinals. Teams in second and third place will play in a single elimination crossover phase to make the last eight.

Australia is the strongest team with the Netherlands probably second favourites. Argentina, Belgium and Germany are the three other teams to watch out for.

Fans from the British Isles will closely follow England and Ireland.

Besides India and Pakistan, Canada field two Desi players in their squad. They are defender Balraj Panesar and midfielder Sukhi Panesar.

Midfielder Arun Panchia of New Zealand is also a player of Indian origin.

As per FIH appointments, sixteen umpires will officiate the matches. Raghu Prasad and Javed Shaikh are the two umpire selections from India. 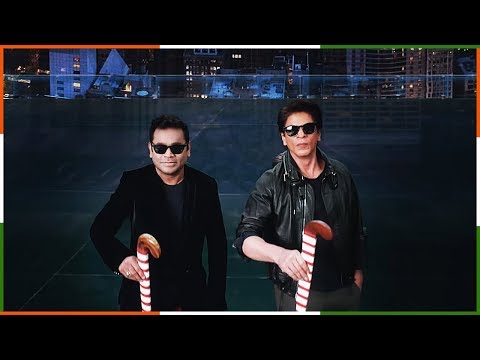 Team India is regaining its position as an Asian hockey powerhouse and is amongst the top six teams in the world.

The Indian team kit for the Hockey World Cup was unveiled in Mumbai on September 07, 2018. Narendra Kumar from the National Institute of Fashion Technology (NIFT) is the designer of the kit.

A press release about the kit reads:

“The new collection aims to arm the Indian Team with that booster dose of confidence as they prepare to bring the cup home.

“The design also encompasses the spirit of hockey being India’s game and is representative of how the National Team’s hearts beat for India.”

On 08 November 0218, Hockey India announced the squad consisting of a mix between youth and experience.

Talking about the strength of the team, former hockey legend Dhanraj Pillay says:

“Indian hockey team is doing well. The World Cup will be challenging for all participating, particularly for the new players.

“The coach Harendra Ji has put a lot of effort. The advantage we have is that we are playing in our home ground.”

Advising the team on their strategy, Pillay continues:

“Be simple. Whatever strategy the coaches make, it is important for the players to understand that.

“With the help of penalty corner specialists and goalkeeper coaches, it is vital for the players to quickly adapt. Every match will be vital for them.”

Watch the video on ‘My Heart Beats For Hockey’: 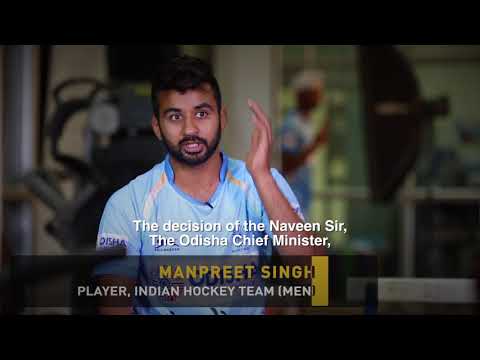 While hockey does not enjoy the same status as cricket, it is the national sport of the country. Pakistan is the only team to have won the Hockey World Cup 4 times.

Pakistan comes into the tournament with some good form and progress, after jointly sharing gold with India at the 2018 Asian Men’s Hockey Champions Trophy. They certainly have built some momentum.

Goalkeeper Imran Butt is a key player for Pakistan and is popular in India. Muhammad Rizwan Senior is the captain of the team, with Ammad Butt being his deputy.

It is good to see Javed Afridi and Haier Pakistan supporting the national hockey team with sponsorship and official kirs. This is a good sign for Pakistan Hockey moving forward.

As with other teams, Pakistan has made all the necessary preparations for such a big tournament.

“As for this World Cup, the players are in good shape. Their passion is different this time around.

“They are visibly united as well. Toqeer Dar [coach] joining the management has also made a difference.”

Known as the Maradona of Pakistan hockey, Shahbaz adds:

“I believe if they get to a good start against Germany in their first match, Pakistan’s performance will be much better.”

For Pakistan to clash neighbours India, they have a mountain to climb in Pool D. A Pakistan versus India match will certainly ignite the tournament.

But more importantly, DESI fans will be looking to see beyond a Pakistan and India match and see their teams advance to the latter stages.

Winning the World Cup is more important than the historical rivalry between the two nations. May the best team win!