The 2014 Men’s Hockey Champions Trophy will run from 06 to 14 December in Bhubaneswar, Odisha, India. Eight teams, including India and Pakistan will battle it out for the title.

“We will try our best to compete against the top teams from around the world and at least finish in the top four."

The 35th edition of the Hockey Champions Trophy will run for nine days, with the final held on 14th December 2014. The tournament is organised by the International Hockey Federation (FIH).

The teams will be split into two pools of four teams. In Pool A there is Australia, Belgium, England and Pakistan. Pool B features Netherlands, Germany, Argentina and India

During the pool stages, every team will play against each other once. All of the eight teams will play in the quarter-finals, but their pool ranking will determine who they play. 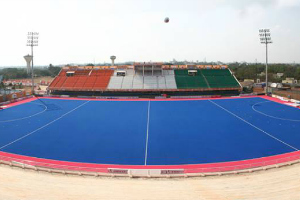 For example, the winner on Pool A, will play the bottom ranked in Pool B. This theoretically gives those who finished higher in their group, an easier route to the title.

The winners of the quarter-finals will progress to the semi-finals, and then the final.

But unlike in other sports, in hockey, losers continue to play in losers’ play-offs to determine the overall rankings.

The tournament will be held in the eastern Indian State of Odisha. Although far away from the big metro-cities of India, it is one of the major heartlands of hockey in the country.

All matches will be hosted at the Kalinga Stadium in Bhubaneswar. Built in 2010, it is a modern multi-purpose sports venue which features India’s first newly built Olympic-standard hockey pitches.

With world hockey’s finest players all gathered in one tournament, there are many players to watch out for. 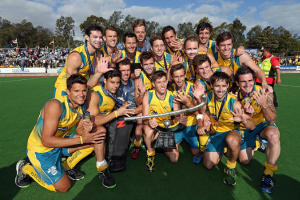 Champions Australia welcome back star goal-scorer Russell Ford, who missed the World Cup and Commonwealth Games with a calf tear. England’s captain Barry Middleton, is considered to be one of the best attackers in the game.

Germany features the previous two winners of FIH Men’s Player of the Year Award in Moritz Fürste (2012) and Tobias Hauke (2013).

India will be relying on captain Sardar Singh. He is like a mentor to the remaining players who are all under the age of twenty-six.

In a bygone era, the South Asian teams were a force to be reckoned with. However, for the last twenty years, the Australians, the Dutch, and the Germans have dominated. The reigning champions and world number one, Australia, are going for their sixth title in a row. 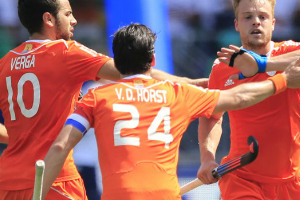 Pakistan is the only Asian team to have won the Champions Trophy in 1994. In the final, Pakistan had beaten Germany 7-6 in a dramatic penalty shoot-out.

The years of Indian dominance led by the enigmatic Dhyan Chand seem like ancient history. Their best performance in the Champions Trophy was a Bronze medal in 1982.

Both India and Pakistan head into the Champions Trophy, having suffered some major setbacks.

Th Pakistan Hockey Federation (PHF) are in financial peril and have been unable to pay their players, or afford the finances for this tournament. So a private backer, Nadeem Omar, has stepped in to fund their trip.

However, both teams are buoyed by a recent run of good form and intensive trainings camps.

India achieved a Silver medal at the Commonwealth Games, Gold at the Asian Games and a bilateral series win in Australia.

Director of High Performance Roelant Oltmans said: “With every game we have played and training session that we have attended so far, the aim is to improve ourselves and widen the scope for a decent performance with each game.

“The team has gained a lot of confidence with the last two tournaments. This shall be the right moment to showcase our potency and learnings considering the fact that we have been consistently improving with every game.” 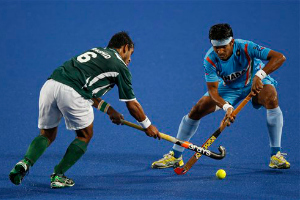 “Post the golden finish in the recently concluded 17th Asiad 2014, the team is full of confidence and high on spirits. We will be aiming at sealing the top position in the tournament and emerge as winners.”

Ahead of Pakistan’s campaign, head coach and team manager, Shahnaz Sheikh said: “I, along with my support staff, have worked extremely hard with the players for the past five months.”

He added: “We believe that this has led to improvements, as was evident at the Asian Games.”

Captain for the Green Shirts, Muhammad Imran, said: “We will try our best to compete against the top teams from around the world and at least finish in the top four to make our way back among the best.”

In the UK, matches will be broadcast on Sky Sports, while in India and Pakistan, the Hockey Champions Trophy will be aired on TEN Sports.

Harvey is a Rock ‘N’ Roll Singh and sports geek who enjoys cooking and travelling. This crazy guy loves to do impressions of different accents. His motto is: “Life is precious, so embrace every moment!”
Cricketer Phillip Hughes Dies after Tragic Accident
Shehneela Ahmed ~ First Asian Female Football Agent