The Hockey World Cup 2014 in it’s 13th edition is being held in The Hague, Netherlands from 31 May to 15 June. The tournament is organised every four years by the International Hockey Federation (FIH). The Indian Men’s hockey team have won the World Cup only once.

“I have seen these boys getting better. Technical execution of their skills really has improved."

The Hockey World Cup 2014 is taking place in The Hague, Netherlands from 31 May to 15 June. The Indian Men’s Hockey team is in a tough pool, whilst Pakistan failed to qualify for the World Cup.

The Women’s World Cup is being held simultaneously with the men’s tournament. This is the 13th edition of the World Cup, organised every four years by the International Hockey Federation (FIH).

Most of the matches including the semi-finals and final will be played at the Kyocera Stadium.

The temporary GreenFields Stadium is state of art with it’s synthetic turf system, which has been specifically prepared for this event. A special fibre allows the ball to move smoothly and rapidly without bouncing too high. The pitch is shock absorbent, which can minimise any severe injuries. 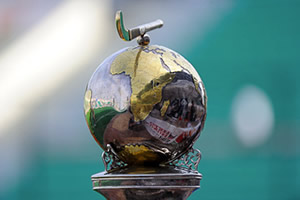 Twenty-four teams (Men’s and Women’s) from fifteen different countries are participating in the tournament. The event will see some top-level performances from the players.

All the World Cup teams have prepared and trained at one of the ten major league grounds around The Hague. Thus the players have now adjusted to the surface of the pitches and their characteristics.

Players familiar with the Greenfield pitch are certainly looking forward to playing on it. Speaking about the GreenFields Stadium, Former Men’s Dutch international Floris Evers said:

“Nice and smooth, quick, with good ball bounce. The ball rolls perfectly straight in all directions, so it’s ideal for a fast paced game.”

“It’s really great. The surface is soft, so there’s less chance of injuries. It’s also good for chopping and lifting.”

After the World Cup, amateur Dutch hockey clubs will use the pitches.

As usual there will be huge interest of how the Indian Men’s Hockey team does at the event. Leading up the tournament, the Indian team suffered injuries to some of their key players. Placed in a tough group, most believe that a top eight finish is what the Men in Blue can achieve at best.

However, Team India will take inspiration from 1975, when they won their maiden and sole World Cup. In the last four editions, India has failed to finish in the top six. 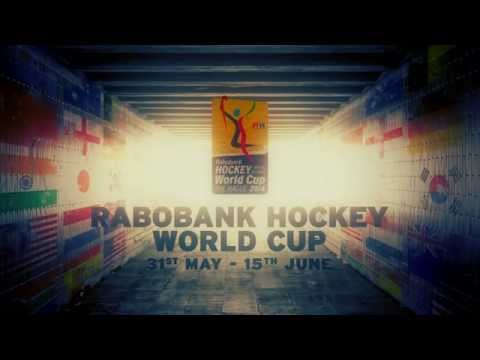 “Thirty-nine years have passed and it is very unfortunate, it’s very disheartening, it’s painful that the team has not won the World Cup after that. Because we have seen the top.”

“We were the champions at that time, but in our life times we have seen that we are now qualifying. You have to qualify to go to the World Cup,“ he added.

“I have seen these boys getting better. Technical execution of their skills really has improved. Their technical awareness has improved. Now its time to really show that they are one team and there self-belief as well.”

Even though the Indian national team has weakened considerably since 1975, the game still evokes emotion in the country. This is probably why cricket genius, Sachin Tendulkar dropped by to wish the team good luck prior to their departure.

But in all fairness India only managed to qualify for the 2014 World Cup at the very last minute. Their abysmal World Cup record of winning just three of their seventeen league games in the last three editions of the mega event remains a big concern.

Many former players also feel that fans should not expect any miracles from the Indian team. India is the only team from the subcontinent to have made it to the tournament, as leading World Cup champions (4) Pakistan failed to qualify for the first time.

In Pool A of the Men’s tournament, India is joined by defending champions. Australia, alongside fourth and fifth ranked England and Belgium. Spain and Malaysia also in the same pool are ranked below India.

Pool B also features six teams including the home nation, Netherlands and two times World Cup winners, Germany. New Zealand, South Korea, Argentina and South Africa are the other teams in this pool.

In both tournaments, the top two teams in each pool will advance to the semi-finals, with the winners from the last four contesting the grand final.

In the opening day of the men’s matches, India did not start well. Sardar Singh’s team conceded a last minute goal against Belgium to lose the game 3-2. With this loss, only impressive results from the Indian national team can see them progress further in the tournament.

England had to settle for a 1-1 draw against European rivals, Spain. Australia convincingly beat Malaysia 4-0.

On day one, the Dutch women’s team defeated Japan 1-0. Australia narrowly beat South Korea 3-2. The finals of the Women’s and Men’s tournament will take place on 14 and 15 June, 2014.