The 2017 Men’s Hockey World League Semi-Final, London clash between India and Pakistan takes place on 18 June. DESIblitz previews the Mother of all Games.

"Team is a mixture of experience and youth and it has the ability to produce good result."

India and Pakistan, the two giants of Asian Hockey face each other in the Pool A match of the Men’s Hockey World League (HWL) Semi-Final in London on 18 June 2017.

The two teams battle it out at the Lee Valley Hockey and Tennis Centre in what has been dubbed as the ‘Super Sunday’ of the tournament. HWL, which takes place from 15 to 25 June 2017, will also act as the World Cup Qualifier.

Most important, this game is about passion, pride and honour. Emotions and sentiments will be running in full flow. For the players, it’s not just about being skilful, but also about controlling their nerves. Thus it is about how the players execute their plans under the most extreme pressure.

The mindset is vital, because it depends how much both teams want to win.

This game or league is not entirely about emotions. But it’s also about qualifying for Hockey’s two mega flagship events. 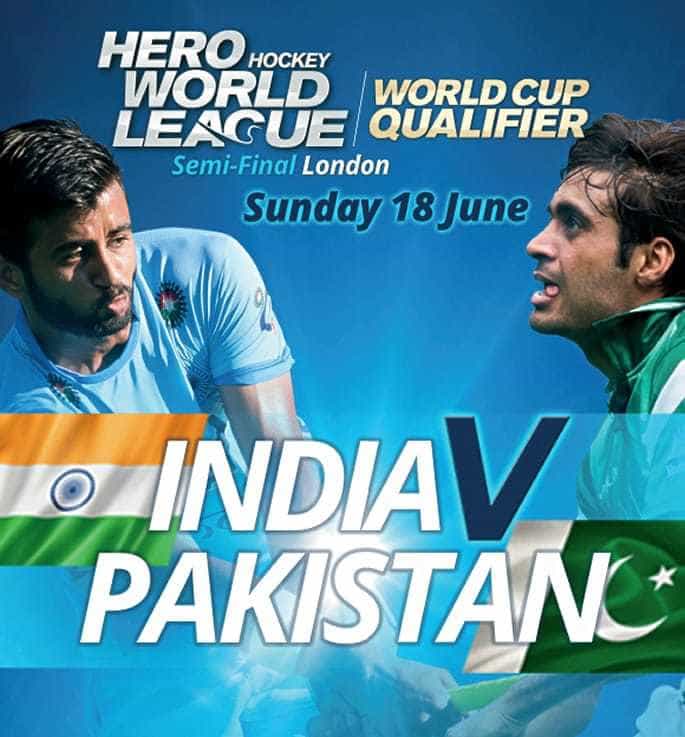 Both teams will be hoping to qualify for the Bhubaneswar HWL final later in 2017. They can also earn an automatic spot in the 2018 Bhubaneswar Hockey World Cup.

Qualification for the World Cup will only be clear, following the outcome of the semi-final in Johannesburg and results elsewhere.

In the head to head Pakistan has won 82, lost 55 and drawn 30 games. At the 2016 Asian Hockey Champions Trophy clash India beat Pakistan 3-2 in the round robin game and final. However Pakistan will be hoping to settle the score in this action packed fixture.

When it comes to this game, the form book goes out of the window. Many present players do not look at results of the past, especially for inspiration. So it does not always matter what happened previously.

Looking ahead to the match and hoping to see more British Asians take up the sport, Arun Kang, Chief Executive of Sporting Equals exclusively tells DESIblitz:

“I’m pleased Sporting Equals are working with England Hockey to promote the World Hockey League especially with match ups like India vs Pakistan.

“Any match in any sport between these two nations guarantees passion, atmosphere and excitement and this will be no different. I do hope these matches and future matches inspire British Asian men and women to play a sport with so much history from South Asia.”

Lets examine both teams as they prepare for this high-octane match: 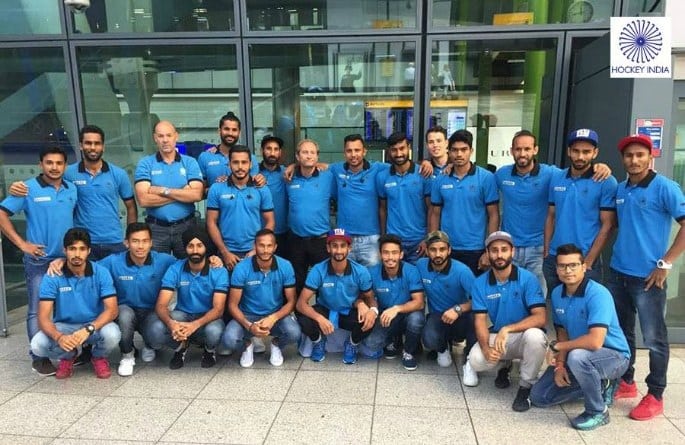 Jalandhar born Manpreet Singh will lead Team India. Regular skipper and goalkeeper P R Sreejesh could not make it due to injury.

Kangujam Chinglensana Singh from Manipur will be his deputy for the tournament.

Youngsters Akash Chikte and Vikas Dahiya will fight it out for the goalkeeping position, replacing Sreejesh. Ramandeep Singh returns in the forward position and holds the key for the Men in Blue when attacking.

“The idea was to bring in a couple of changes in positions after Sultan Azlan Shah Cup.”

“Though we are taking a few players who are not that experienced, we still want to do well and the aim is to finish in Top 2 at the Men’s Hockey World League Semi Final and I look forward to see how the boys will perform against big teams.”

Rupinderpal Singh is a mature hockey player. He marshals the defense, including passing and tackling well. Pal along with Harmanpreet Singh will take care of penalty corners.

Sardar Singh is pivotal, especially if he can deliver those passes to the forwards. If the strikers can put them away, India has a chance. All the Indian moves tend to start from him.

If he can drive forward and help the defence then India can potentially dominate the game.

The Men in Blue welcome back midfielders S K Uthappa and Satbir Singh to the side after being rested for the 26th Azlan Shah Cup. 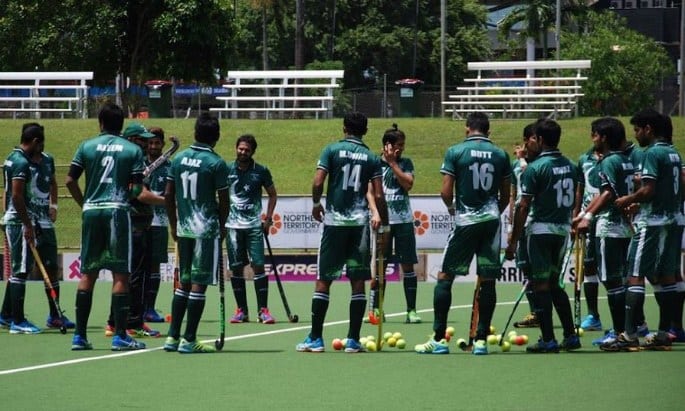 Star forward Abdul Haseem Khan from Karachi will skipper the Green Brigade. Umar Bhutta of Bahawalpur is the vice-captain.

Taking the future into account, the squad comprises a good mix of experience and young talent.

“Team is a mixture of experience and youth and it has the ability to produce good result.

“We are laying emphasis on the rebuilding of the senior and we have infused young blood in it under our long hockey development plan.”

It is quite evident that the PHF is making a concrete effort to lay a strong foundation for the game in the country.

Pakistan aim to directly reach the 2018 World Cup, especially after failing to qualify for the 2014 showpiece event.

With only seven places up for grabs, the task ahead will certainly be a difficult one.

“The competition will be very tough as all the teams will be aiming to qualify for the Cup but we are preparing our team accordingly to gain productive results in the World League,“ stressed the former Pakistan hockey legend.

India is number 6 in the World Rankings, whilst Pakistan are placed in 13th position.

Canada, Scotland, Netherlands will join India and Pakistan in Pool B. Pool A consists of Argentina, England, South Korea, Malaysia and China.

India versus Pakistan promises to be cracker of a match in the 2017 Hockey World League Semi Final. This is a nail-biting encounter where defeat is not an option for either side.

India against Pakistan will be the third match for both sides. The game starts at 2pm BST. Hosts England play Olympic Champions Argentina also on 18 June 2017.