India romped to a 7-1 victory over Pakistan in the 2017 Hockey World League Semi-Final. Akashdeep, Harmanpreet and Talwinder Singh scored twice for India.

'It is a big success against Pakistan and we are very happy."

India routed Pakistan 7-1 in the Pool B match of the 2017 Hockey World League Semi-Final London.

The contest between the two Asian giants took place at the Lee Valley Hockey and Tennis Centre on 18 June 2017.

One of the greatest rivalries went head to head for their 168th meeting. This was the first game between the two sides, since the 2016 Asian Champions Trophy final, which India won 3-2.

Both teams would try to give their maximum for this high pressure match. It was a very warm day in London with temperatures rising to 36°C.

Many spectators came to support India and Pakistan and be part of the electric atmosphere inside the stadium.

The players took the hockey field for the national anthems, beginning with Pakistan’s: The Sacred Land.

This was followed by the national anthem for India, Jana Gana Mana. 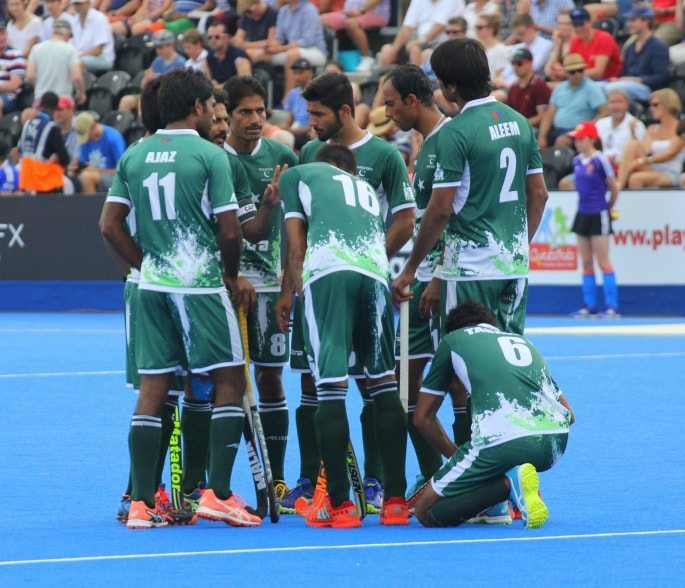 In the spirit of the game, both sides gave high fives to each other, before embracing themselves in the individual customary team huddle.

Forward Akashdeep Singh had scored two goals in the tournament going into this game.

The game was very important for Pakistan, especially with the 2018 Hockey World Cup qualification up for grabs.

Despite a good start from Pakistan, the reigning Asia Cup Champions opened the scoring just before the end of the first quarter, with defender Harmanpreet Singh converting India’s second penalty corner with an mis drag.

It was very frustrating for the Pakistan players as they missed chances early in the first quarter.

In the scorching heat of London, during the break, players got the drinks and towels out,

With Pakistan’s defence all over the place, five minutes into the second quarter attacker Talwinder Singh made it 2-0. 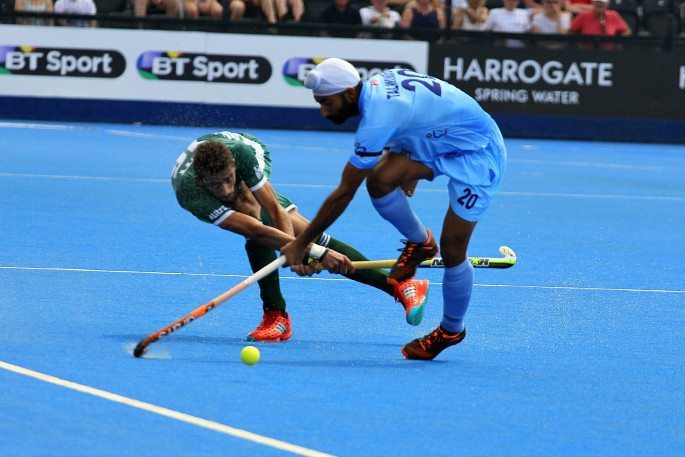 As the match began looking very one sided, it seemed there was no way back for Pakistan when Talwinder got his second off a top edge in the 24th minute. This stretched India’s lead to 3-0.

Much to delight of the Indian fans, Talwinder was the hero of the first half scoring two goals.

The game was well and truly over when Harmanpreet lifted the ball over Pakistan goalkeeper Amjad Ali from a penalty corner at the start of the second half.

It was a long time since India had dismantled Pakistan with such ease during a hockey encounter. A fifth goal from Akashdeep Singh made Pakistan’s afternoon even more sad.

And with the passage of time it got only more miserable for the four time World Cup Champions. A great strike by Pradeep Mor from the D gave India an unassailable 6-0 lead. 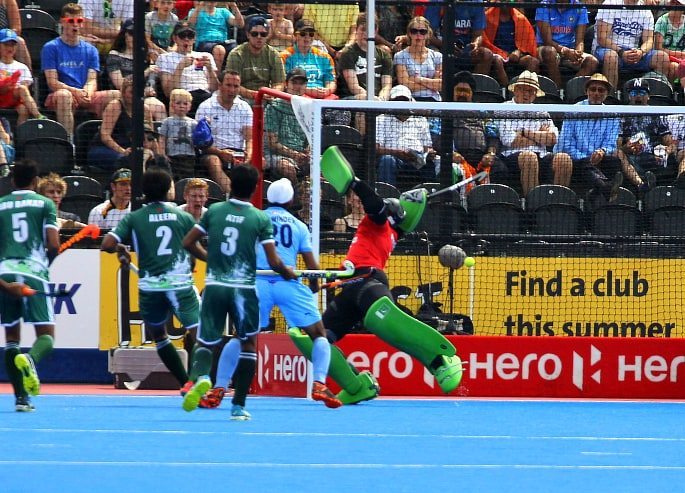 Utterly humiliated by the Men in Blue, Pakistan pulled one goal back through striker Umar Bhutta with four minutes to play.

The goal was too little too late for Pakistan. The lack of celebration was a good indication of how disappointing Pakistan felt.

“It was a disappointment. The way we started it looks like a good game because we got 2-3 chances. We got a penalty corner also. But we did not convert it. 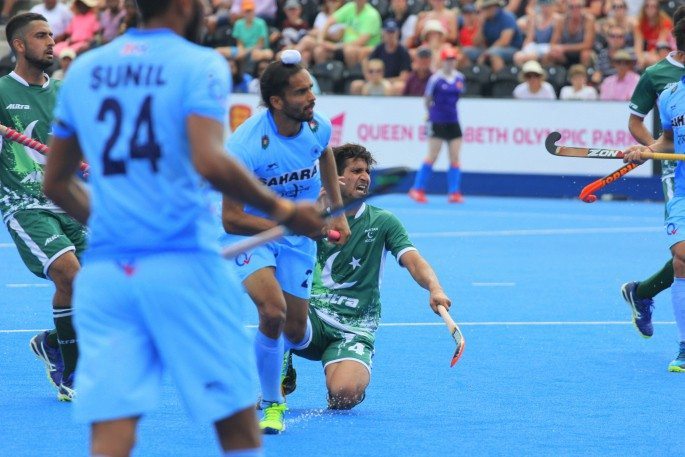 “We create almost 15 chances in the match and 3, 4 penalty corners. But we only scored a single goal. And on the other side they got 10 chances and they scored 7 goals. So it’s a big difference.”

Pakistan did go back to the drawing board and addressed every area, which needed further improvement. Following the loss to India, the Green Shirts beat Scotland in the 2017 Hockey World League Semi-Final London.

With four goals in the tournament, Akashdeep Singh exclusively spoke to DESiblitz about their strategy and win saying:

“We played according to the plan and what the coach had told us. It is a big success against Pakistan and we are very happy.” 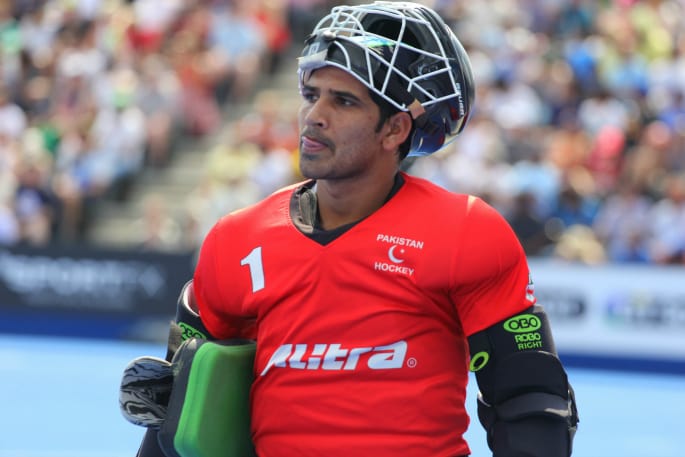 “Absolutely if you look at it from a positive point of view,our start was very good. Step by step we have been playing well.”

Speaking about his targets for the future he added: “I want to play good hockey and be a good player. Target for me is something which you do from the heart. For example in the Olympics the wish is to get a medal. These are my targets.”

Watch our exclusive interview with the players of India and Pakistan here: 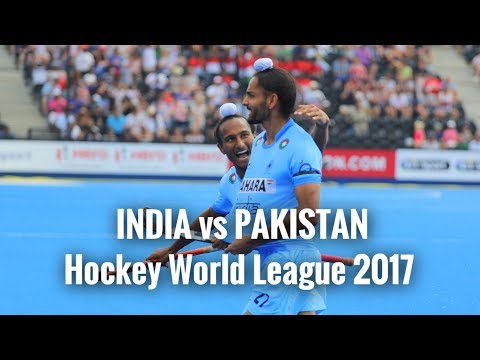 India’s 7-1 triumph versus Pakistan puts them in a good position for the Hockey World League final later in 2017 and the 2018 Hockey World Cup.

DESIblitz congratulates India on this fantastic win against Pakistan in the Hockey World League 2017 and wishes them all the best for the future. 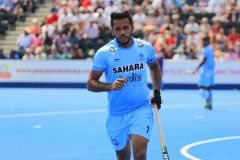 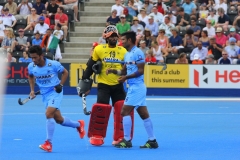 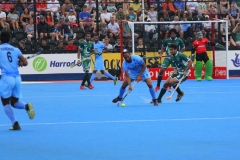 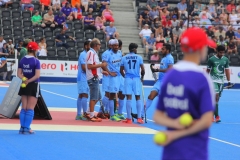 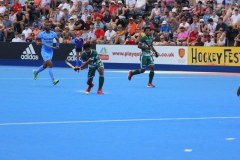 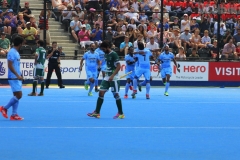 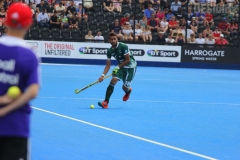 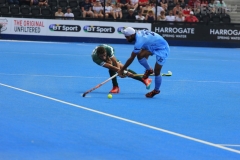 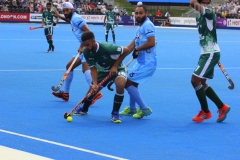 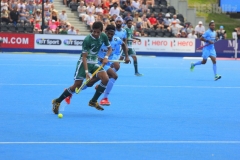 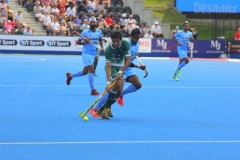 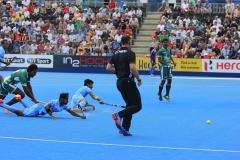 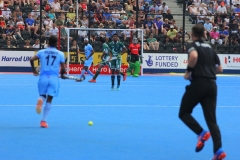 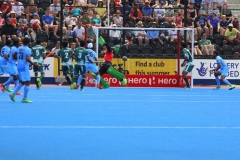 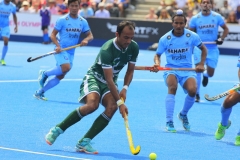 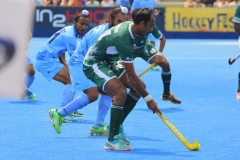 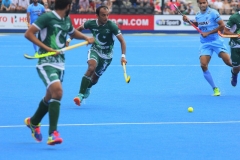 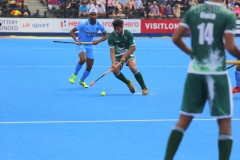 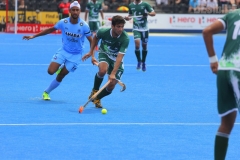 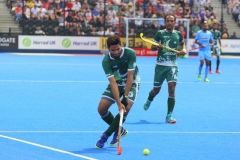