Panjab FA will take on the England national C team in a historic football fixture to be played on Sunday 28 May 2017. DESIblitz brings you all the details.

"The moment has come to celebrate a grand fixture for Panjab against England C."

In a landmark football fixture, Panjab FA will face the England national C team on May 28, 2017.

The match will take place at the Automated Technology Group Stadium, home of Solihull Moors FC, with kick-off at 15:00.

England C will be taking on the 2016 ConIFA World Cup finalists as part of their preparations for their upcoming International Challenge Trophy final against Slovakia.

But for Panjab FA, and millions of people worldwide, this game is about more than just the football or result. It will be the first time that British Asian footballers will be able to compete against a national England team.

DESIblitz brings you everything you need to know ahead of this much-anticipated friendly, including how to get yourself free tickets.

After reaching the final of the 2016 ConIFA World Championships, Panjab FA are world silver medallists. They are in a confident mood too, after recently beating Jersey 2-0 on a beautiful day on the island.

The deadly striker, Amar Purewal, and club captain, Amarvir Sandhu, both struck in the first-half to secure victory. 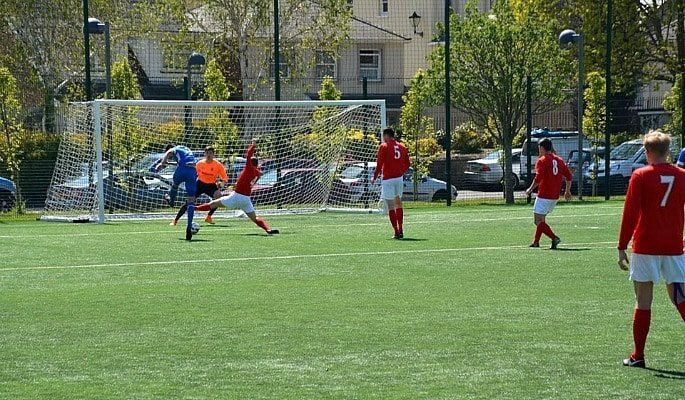 About his team’s upcoming landmark fixture with England C, Sandhu says: “It will be a very proud occasion for me personally. But it’s also about celebrating inclusion and diversity and player opportunity for Asian football in Britain as a whole. It’ll be a great test for the boys no doubt and also a momentous occasion for the Panjab FA team.”

The side is made up of the Vanarama National League’s best English players under the age of 23. Fairclough’s experimental 18-man squad for England’s upcoming matches with Panjab FA and Jersey will feature 17 new faces.

About his squad selection, Fairclough says: “It’s not a trial, but it’s an opportunity for these players to be firmly in my mind for next season. I’m looking forward to seeing all of them up close.” 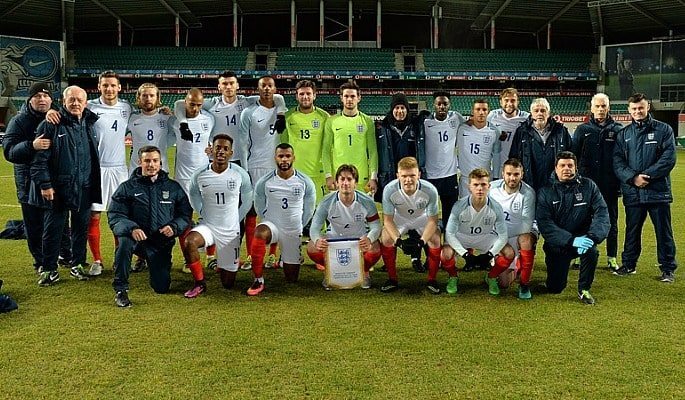 Dangerously for Panjab, Fairclough’s players will be eager to impress ahead of their upcoming International Challenge Trophy final with Slovakia.

A Landmark Fixture in World Football

Panjab vs England C will allow some of the best British Asian footballers, of Panjabi descent, to show their talents in front of a packed stadium against a recognised international team.

The Panjab FA founder, Harpreet Singh says: “The moment has come to celebrate a grand fixture for Panjab against England C. From the very first day, the objective of Panjab FA was to provide the canvas for the talents of the Panjabi community to progress through the football pyramid.”

After their founding in 2014, Panjab FA are already making giant leaps in football. They are ConIFA World Cup runners-up, after being cruelly denied a tournament win by penalties.

And now, in May 2017, Panjab are set to take on the England national C team in a massive fixture.

Laurence Jones, The FA’s Head of Leagues and Clubs says: “Enabling talented players from every diverse community to play in a match like this, is just one of the ways we hope to make football truly a game for all.”

Could Panjab FA vs England C set a new precedent for more of these kinds of games happening? 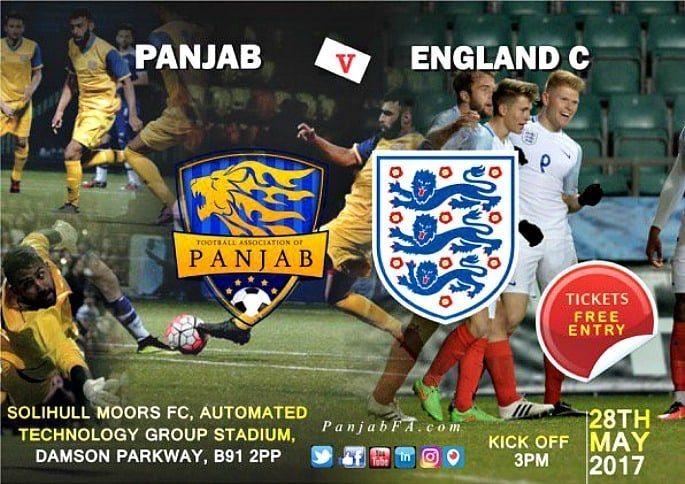 The free-to-air Sikh Channel will exclusively broadcast Panjab FA vs England C live on May 28, 2017.

But, why watch it through a screen when you can be there yourself pledging your support to this huge game?

In an incredible gesture, Harpreet Singh has made the event admission free for every supporter who attends. About this, Harpreet says:

“It was always my intention to make this an event that is free for the people. I also want this to be the start of a prosperous relationship between Panjab FA, The English FA, and most importantly, the people, after all, it is about the people.”

You can also find out more about the Panjab FA and their journey to the 2016 ConIFA World Cup final by following the links.

Keiran is a passionate English graduate with a love for all things sport. He enjoys time with his two dogs, listening to Bhangra and R&B music, and playing football. "You forget what you want to remember, and you remember what you want to forget."
ICC Champions Trophy Cricket 2017 ~ England & Wales
Panjab FA shows its Valour and Skill against England C