A transgender couple has had a ‘rainbow wedding’. In what has been called a landmark, their marriage took place in Kolkata, West Bengal.

"I was not even considered as a human being in this brutal society."

An Indian transgender couple got married in a traditional Bengali ceremony. It is a landmark wedding as it is believed to be the state’s first “rainbow wedding”.

Bride Tista Das, aged 38, and groom Dipan Chakravarthy, aged 40, were surrounded by their friends and family as they took part in rituals. They pledged their love for each other in Kolkata, West Bengal.

Tista said: “We are feeling awesome actually. We are out of the gender box and we love to be an exception and we think this is a strong bond between us.

“And this is the solidarity of our souls.”

Tista explained that she has fought for a long time to “achieve her identity as a woman, as a human being”. She added:

“I was not even considered as a human being in this brutal society.” 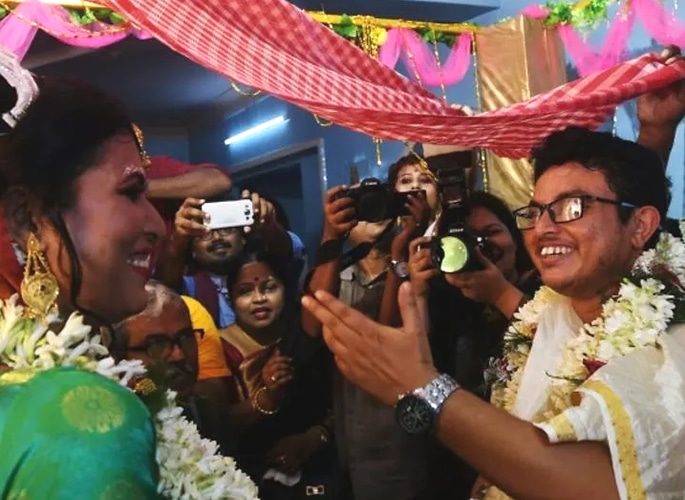 Anurag Maitrayee, who is a friend of the couple and is also transgender, called the wedding ceremony a “beautiful, emotional union of two hearts and two souls”.

Anurag also said: “Despite all the oddities and all the atrocities, I have seen how Tista and her journey from a man into a woman and her relation, emotion, love with a person with a soul whose journey is from a woman to a man.”

It is not known what the official population of transgender people in India is, but it is thought that there are around several million. 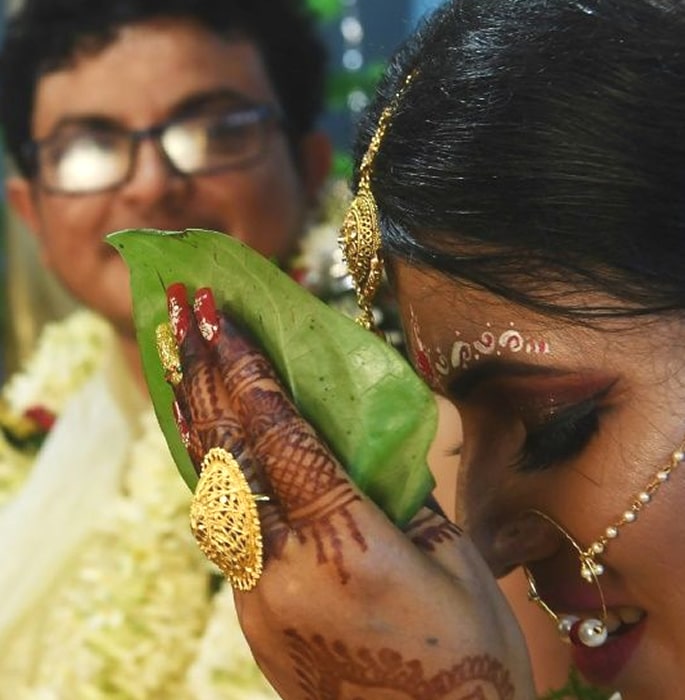 Transgender people are often excluded or live on the edge of Indian society. Many are forced into prostitution, begging or doing menial jobs.

Over the centuries, transgenders have taken on different roles in society, from royal courtesans to participants in birth ceremonies and other special occasions.

They have battled to protect their rights and to end discrimination against them.

In 2014, India’s Supreme Court recognised them as a third gender in what was a historic ruling. 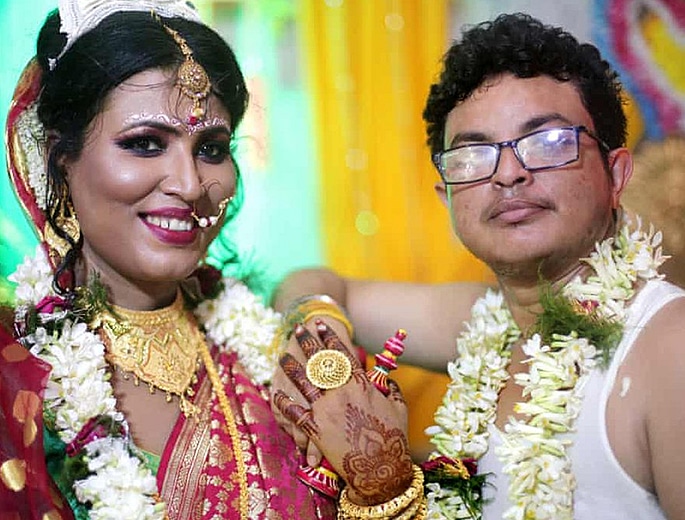 India’s lower house passed a transgender bill to preserve the rights of transgender people in law. Currently, the bill is being discussed in the upper house.

However, the community, as well as human rights activists, raised concerns that the bill remains unclear over whether it allows transgender people to self-identify.

“The Transgender Persons Bill should be a remarkable achievement for a long-persecuted community.”

“But the current draft fails on the fundamental right to self-identify.

“It’s crucial that the law be in line with the Supreme Court’s historic ruling on transgender rights.”