While it was rumoured that Aryan Khan was set to get into directing, it has now been speculated that he could make his debut in Hollywood.

"Aryan doesn't want to be an actor, he wants to make films"

It has been rumoured that Aryan Khan has had a change of heart and now wants to move into acting.

Shahrukh Khan had stated that his son had no plans of acting, and is instead interested in filmmaking. However, it looks like Aryan has now developed an interest in acting.

The son of Shahrukh Khan has been speculated to make his debut in the film industry for several months. It now looks like he could get into Hollywood.

Aryan is studying filmmaking in California. It has been reported that Shahrukh has been showing his pictures to several leading Hollywood producers.

Aryan is reportedly interested in doing a superhero film, however, people in the industry have advised SRK against it.

While Shahrukh’s daughter Suhana has made it clear that she wants to go into acting, for Aryan, it has been more complicated.

He was rumoured to make his Bollywood debut in a film alongside Khushi Kapoor.

Reports circulated that he would make his Bollywood debut but not in an acting capacity. Instead, it would be behind the camera. 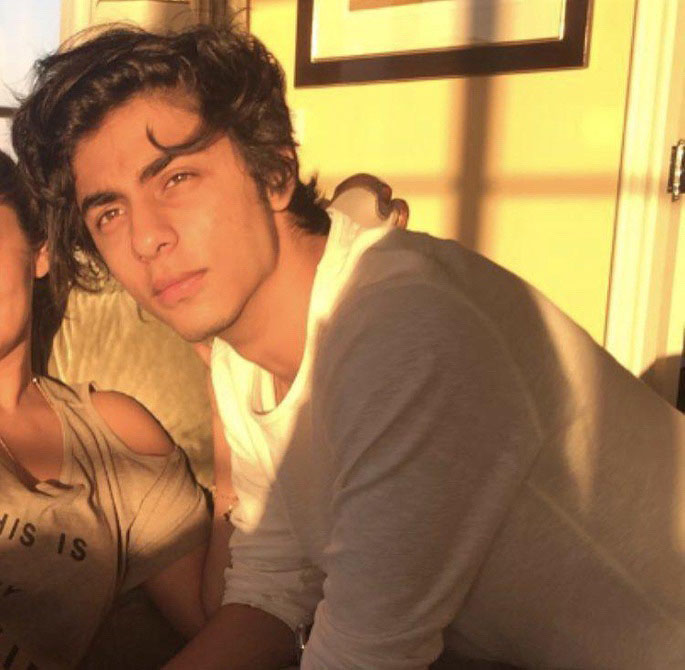 Shahrukh had said that Aryan has no interest in becoming an actor. He said:

“Aryan doesn’t want to be an actor, he wants to make films, become a director and is training for it in the US.”

It was strongly rumoured that Aryan would assist Karan Johar in the direction department with his historical drama Takht.

Johar has said on a number of occasions that he will launch the careers of Shahrukh’s children should they want to start a film career.

The filmmaker feels that Takht would be the perfect opportunity for Aryan to develop and help him to become Bollywood ready.

Takht is the film with Karan will direct in two years. He last directed Ae Dil Hai Mushkil in 2016, which starred Ranbir Kapoor and Anushka Sharma.

The period drama will feature an all-star cast including the likes of Ranveer Singh, Kareena Kapoor Khan, Alia Bhatt and Janhvi Kapoor.

While Aryan Khan may still be studying, speculation about his future has made him one of Bollywood’s most talked about child stars.

Whether it be acting in Hollywood or filmmaking in Bollywood, it is his choice.

Dhiren is a journalism graduate with a passion for gaming, watching films and sports. He also enjoys cooking from time to time. His motto is to “Live life one day at a time.”
Indian Actress stalked and forced to Marry at Gunpoint
Sunny Leone and Mandana Karimi to Star in Horror Comedy?