His aim is to amplify the voices of the Bangladesh youth

Comic books conjure a vision of dotted images and speech bubbles with “POW” in a slim bold black font.

Vibrant and eye-catching, they usually centre around a masked hero defeating a villain in a series of panels surrounded by witty catchphrases.

Thinking of comic books also makes us think of DC and Marvel superheroes. We think of Batman taking a fist to The Joker’s face, or city names like Gotham or Smallville.

Opening a comic book transports us to a world where good guys and bad guys are more apparent and anything is possible.

We tumble into another world through Marvel’s arcs of superhero films, beginning with Iron Man (2008), reaching a much-anticipated climax with Avengers: Endgame (2019).

But with a bigger audience, films bring more demand for newer arcs, introducing more superheroes and villains than before.

By impacting the world as they have, DC and Marvel have become the face of comic book superheroes.

They are childhood defining, but no longer our only option.

Many comic book characters seen onscreen or on paper are not South Asian. But by inspiring people globally, a lot of South Asian’s have taken it upon themselves to draw their representation in the comic book world. 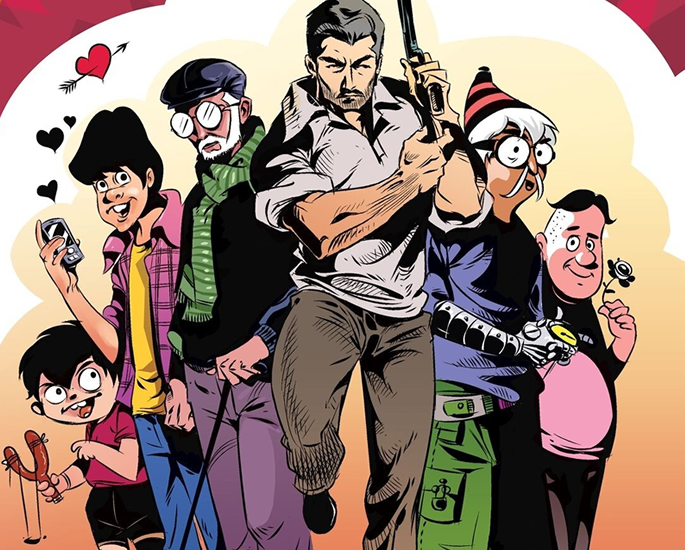 Starting with a bang in 2013, Bangladeshi cartoonists created an amazing array of superheroes living within the Dhaka Comics universe.

Mehedi Haque is a lifelong admirer of comic books and wanted to provide a platform which celebrates Bangladesh’s lifestyle and culture.

His aim is to amplify the voices of the Bangladesh youth through his comics.

Dhaka’s philosophy proved to be popular, surging their comics across Bangladesh and into Bengali speaking parts of India.

Some famous characters from Dhaka Comics are:

A teenager searching for greater meaning. Feeling unworthy of his successful businessman father, Rashid grapples with understanding his own purpose in life.

Running away from home lands him in trouble as he is caught in an accident which transports him to another world. Now, he needs to figure out how to get back.

Rashid was a three-issue miniseries ran by Dhaka Comics from 2013-2015.

An orphan is born with astonishing powers.

But without a support system, Ibrahim struggles to control his powers to help those in need.

Ibrahim is an ongoing publication, with ‘Ibrahim 4’ published in 2019.

An indigenous superhero protects the streets of Rangamati.

“I developed the idea for Joom while watching a video of supernatural activities on the Internet.” 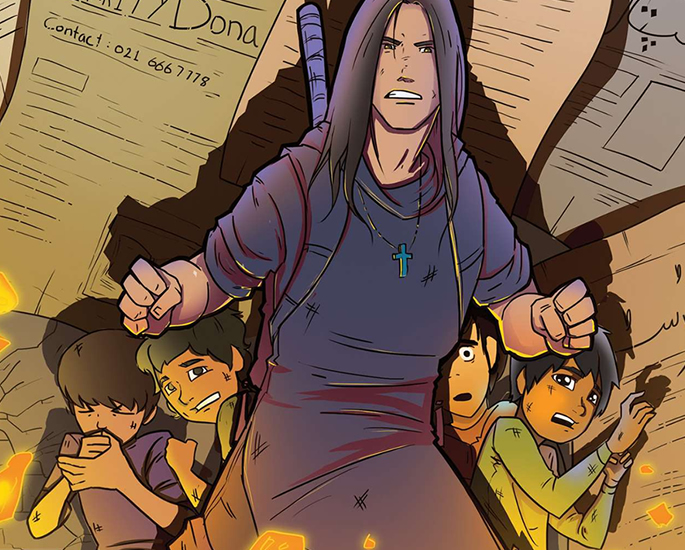 They focus on bringing light to social issues through the medium of graphic novels, navigating their way through the lives of people of all ages.

AZ Corp Entertainment wants to “prompt dialogue and instils critical thinking” into their stories by giving relatable characters who play both superheroes and supervillains.

One of AZ Corps most famous comics is ‘Team Muhafiz’, a team of superhero teenagers banding together to fight social injustices.

‘Team Muhafiz’ tackles real-world issues like child marriages, trafficking and terrorism making it understandable for children and adults alike to engage in conversation.

In ‘Team Muhafiz and the Child Raiders’ the narrative centres around Safiya, whose family attempts to force her into an arranged marriage. She is underaged and dreams of being a footballer.

The story unravels to discuss why some families force their daughters into marriages, and the societal effects it creates.

It is a unique and informative way to get a message across to those who need it most.

Other notable works by AZ Corp Entertainment is ‘Basila & The Street Crew’. Basila is an orphan taken in by Riffat Apa and aspires to be a graffiti artist whilst fighting crime on the side.

Riffat is a transgender woman, making this comic a worthy read.

The aim of this comic was to raise awareness of everyday people and not turn transgender people into stereotypes and/or gimmicks.

With messages promoting social justice and harmony, this comic book publisher is a South Asian brand who deserves more recognition and support. 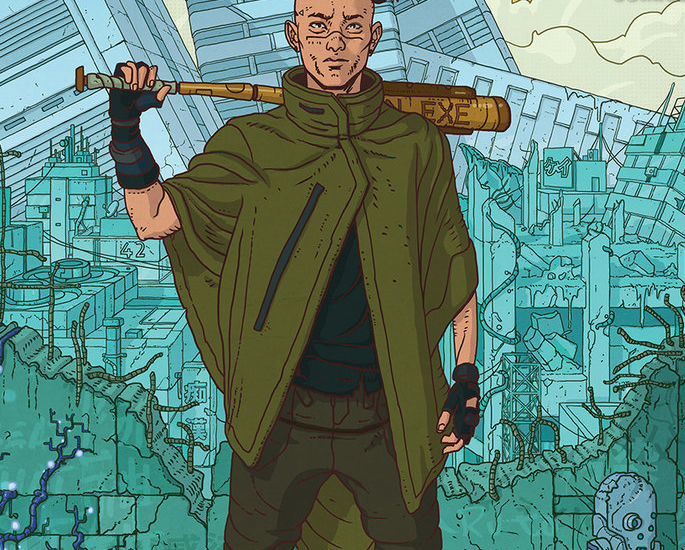 BHP Comics made history in 2013 by being Scotland’s first independent graphic novel publisher.

Sha Nazir was inspired to create a brand of comic books where South Asians were the star. He actively encourages emerging British Asian talent to write and produce books.

Sha Nazir says one of his main influences to start BHP Comics was the drive to see people like himself represented in comic book characters.

Sha was inspired to create a platform which promotes diversity within his characters and comic books.

At the same time, it provides an opportunity for those who struggle to break into the British market.

In a four-minute video with the BBC, Sha and his team revealed stories of how hard it is to break into the British comic book market as well as the backlash they had faced.

One team member revealed her work was deemed “unmarketable”.

Being British, a lot of the team members grew up with Marvel and DC as their go-to comic books, so when given the opportunity to write comics which resonate with them, it proved to be popular.

With a range of backgrounds and ethnicity, like black history, South Asian characters and an elderly woman’s adventures covered by BHP Comics, be sure to check them out when you can. 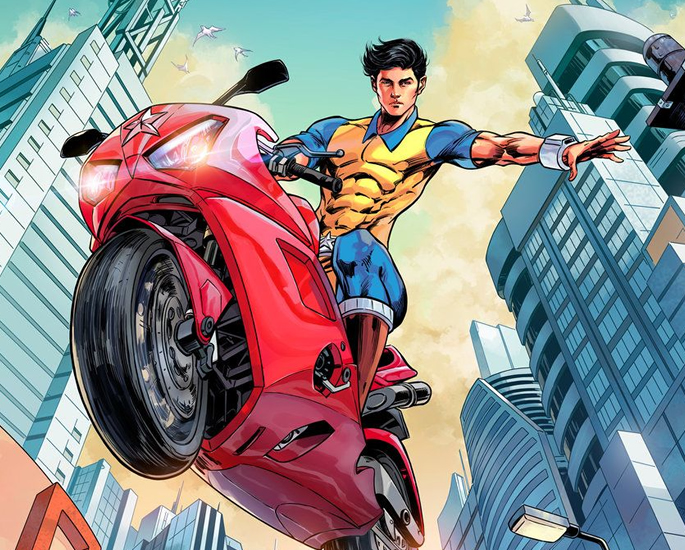 Founded in 1984, Raj Comics is based in New Delhi. Most of their comics are in Hindi but some special editions are in English.

Producing over 35,000 comics since its origin, Raj Comics mainly focuses on the Medieval fantasy, horror and mystery genres.

But most of their comics feature superheroes, including their bestsellers ‘Breakout’ and the ‘Nagraj Comic’ Series.

These have proved popular in India and internationally, with Raj Comics becoming a name to look out for on the big screen.

Their characters are South Asian, representing the population and the founders of the publishers.

Kumar Gupta and his sons started the company due to their own love of comics and wanted to have autonomy in diversifying the characters.

Popular characters in Raj Comics include:

The son of two trapeze artists, Dhruva spent his childhood in the circus.

He picked up skills like bodybuilding, martial arts and controlling animals from his parents’ co-workers.

When he was 14, his parents were brutally murdered. Alone, Dhruva was adopted by the superintendent of police, Rajan Mehra.

Finding out her husband had killed her daughters, dutiful housewife Chandra was overcome with so much anger, she channelled the goddess Kali to reap justice upon her husband.

Shakti is the Goddess Kali’s incarnation in Chandra.

She has superhuman powers including strength, speed, stamina and reflexes. Shanti also has a third eye which she covers with a headband.

Other powers include controlling fire and turning anything into metal. 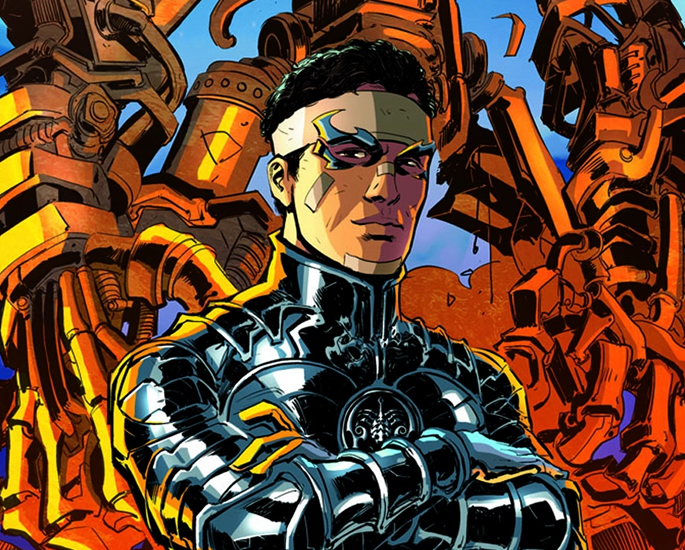 Following a management buyout in 2008, Virgin Comics changed its name to Liquid Comics.

Liquid Comics is based in LA but focuses heavily on Indian culture and dubs itself as an Indian comic book publishers company.

Their aim is to build stories through filmmakers, creators and storytellers working together to create a ‘cinematic and mythic’ experience for their readers.

Popular in America, Liquid Comics have collaborated on graphic novels with the likes of filmmakers John Woo and Guy Ritchie as well as American actor Nicolas Cage.

Due to their love of cinema, there are a number of film and TV projects hoping to be undertaken based on their characters.

Notable characters in Liquid Comics are:

A warrior created by the Gods themselves to defeat the evil God Bala. Devi is timeless, being channelled through others when called upon by the gods. She manifests with Tara Mehta.

‘Devi’ is part of the Shakti arc within Liquid Comics. These comics feature figures from Indian mythology, art and culture.

In British India, a group of bandits called the Dakaits are fighting against the British Imperial army.

A Sadhu – a religious person who renounces worldly things – tells the Dakaits the gods will help them.

James Jenson takes a position with the army, but his beliefs clash with theirs. As punishment, he is beaten before his wife and child are killed in front of him. James is later buried alive.

After being left for dead, the Dakaits take him in and realise that James is the ‘one’. The Sadhu trains him to defeat evil.

Globally, artists and comic book lovers have started their own projects to create a world where they can see themselves represented in a medium they love.

Their fascination for comic books have started empires and told stories the world needs to hear.

Now, thanks to them, we have a range of amazing comic books with South Asian characters to tell us stories about our culture.

Hiyah is a film addict who writes in between the breaks. She sees the world through paper planes and got her motto through a friend. It’s “What's meant for you, won’t pass you.”
Anushka Sharma’s Pregnancy most-liked Indian tweet of 2020
12 Indian Celebrities feature in Forbes Asia’s 100 Digital Stars