Virat Kohli Comes to the Crease at Madame Tussauds London

A wax statute of Indian star Virat Kohli has been unveiled by Madame Tussauds London. The figure will attract visitors during the 2019 Cricket World Cup.

A wax figure of Indian cricket captain Virat Kohli takes to the crease at Madame Tussauds London for a six week period during the ICC Cricket World Cup 2019.

The famous wax museum of London has a long history of unveiling the ultimate fame experience.

They first presented the statue of the Indian batting star at the iconic Lord’s Cricket Ground on May 29, 2019.

The wax statue of Kohli shows him donned in the official colour clothing for Team India at the mega event. His batting stance and facial expressions indicate that he means business.

The vibrant colour clothing dressed mannequin is accompanied by shoes and batting gloves donated by Virat himself.

Kohli who became the Indian national team skipper in 2013 is a great middle order batsman.

Ahead of the 2019 Cricket World Cup, Virat Kohli was named as the No. 1 One Day International (ODI) batsman in the world. 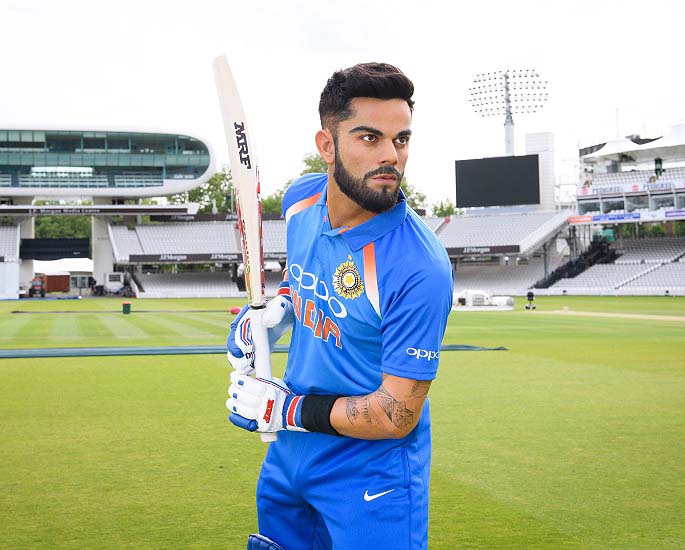 After gracing the home of cricket, the wax figure of the Delhi born player moved to Madame Tussauds on May 30, 2019.

With Kohi having a huge fan following across the globe, visitors will have an opportunity to take snaps with the wax sculpture of their favourite player.

Madame Tussauds will house the wax of Kohli for the entire cricket world cup, ending on July 15, 2019.

The bust resembling a likeness of Kohli finds its place in the sporting zone. Other sports legends in that area include Usain Bolt, Sir Mo Farah and Sachin Tendulkar.

“Virat Kohli is an icon to over a billion die-hard cricket fans around the world.

“Having led India to several famous victories and kept their status as one of the world’s most successful cricket teams, Virat is a trailblazing sportsman and leader.

“We are delighted that during the Cricket World Cup, cricket fans visiting London from all over the world will be able to see and experience one of the most recognised cricketers on the planet right here at Madame Tussaud’s London.” 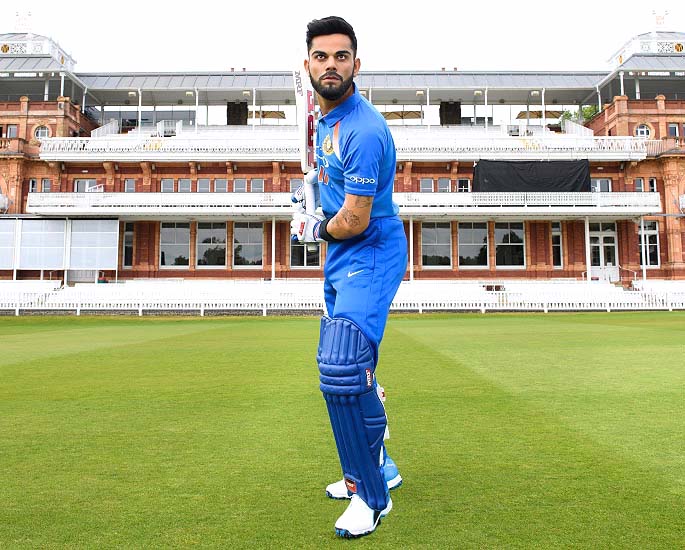 Cricket lovers who visit Madame Tussauds also have a chance to take a tour around the famous Lord’s ground. This is only a 20-minute walk from the wax museum.

The Lord’s Tour consists of looking around the Grade II*-listed Pavilion and J.P. Morgan Media Centre.

The cricket ground will see worldwide fans flooding through the gates, as it hosts four world cup matches. The final will take place at Lord’s on July 14, 2019.

“Lord’s is the perfect backdrop to reveal this fantastic figure of Virat Kohli on the eve of the Cricket World Cup.

“The anticipation of the exciting summer of cricket has already started, with thousands of visitors coming to the Ground and enjoying a tour of Lord’s and around the MCC Museum.

“The figure of the famous batsman will delight any cricket fans visiting Madame Tussauds London.” 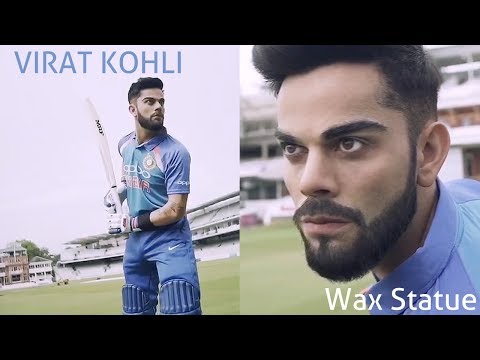 The figure of Virat Kohli and the Lord’s Tour will certainly intensify the cricket fever of the 2019 world cup.

For more information on the tour of Lords, please check here.

Faisal has creative experience in the fusion of media and communication and research which increase awareness of global issues in post-conflict, emerging and democratic societies. His life motto is: "persevere, for success is near..."
Amir Khan slammed by His own Trainer Virgil Hunter
Amir Khan trolled for Pakistan Cricket Team ‘Match-Fixing’ Gaffe