"I always think that the figure’s eyes are just like mine. This is a moment I'll treasure forever."

The Award Winning Bollywood Actress visited London to see the change, and gave it her fashion conscious seal of approval.

Her figure now wears a beautiful red sari with gold waist detailing, inspired by the outfit worn by Kareena in the film Ra.One (2011) during the popular song ‘Chammak Challo’.

The outfit choice had been made by Kareena herself, and she explains her reasons behind the outfit:

“I wanted my fans to see my figure in an outfit that was known and loved from one of my films. My favourite outfit to wear out is a sari, so I jumped at the chance to redress my Madam Tussauds figure in one.” 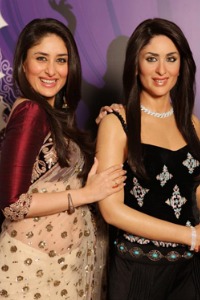 Madame Tussauds have venues all across the world and are deemed ‘the ultimate celebrity experience’. Their showcase of celebrity doubles delight audiences everywhere, who get to see their favourite star body-doubles up close.

The statue of Kareena has been in London’s Madame Tussauds since 2011, and was based on her character from the film Jab We Met released in 2007. It had previously been wearing a black jewelled outfit.

It had been created after the actress met with fitters in Mumbai who took hundreds of measurements to keep the figure very lifelike. It took many months and cost about £150,000 to make.

Speaking about Kareena’s visit, General Manager Ben Sweet said: “It was an honour to welcome Kareena Kapoor to Madame Tussauds London today to visit her redressed wax figure – particularly as Kareena donated the new outfit herself.

“Seeing Kareena alongside her figure was a real treat, and I know that fans who saw her today were delighted,” he adds.

“Kareena’s figure will take pride of place in the attraction’s Bollywood area until late summer, so fans of Indian films still have time to visit!” 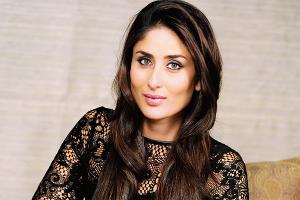 When the Bollywood Area had first been launched, Kareena had said: “[It was] a moment of pride for Indian cinema.”

Fans can visit Kareena’s figure this summer for a limited time before it shall return to the Blackpool site in Autumn 2014.

She has recently been out of the limelight after her marriage to Saif Ali Khan in 2012, but her comeback appearance in Singham Returns this year has seen her engaging in films once again.

When Kareena saw her redressed figure today she said: “The sari looks really pretty, really spectacular – and I always think that the figure’s eyes are just like mine… This is a moment I’ll treasure forever.”

Madame Tussauds has recently given fans the chance to choose the next Bollywood female to be featured in their wax gallery. The on-line poll has now finished, it is expected that the announcement of the winning female will come soon.

Rachael is a Classical Civilisation graduate who loves to write, travel and enjoy the arts. She aspires to experience as many different cultures as she can. Her motto is: “Worry is a misuse of imagination.”
Singham Returns ~ Review
BBC airs new Hotel India Documentary