The first-ever Euro T20 Slam cricket league takes place in Ireland, Netherlands and Scotland. We preview the inaugural edition, including all the teams.

"in any sport, you need icon players to be a part of it"

Ireland, Scotland and Netherlands will co-host the inaugural Euro T20 Slam cricket league. Star cricketers will participate in the tournament, which takes place from August 30 to September 22, 2019.

Six-city based franchise teams will compete to become champions of the first-ever edition.

There are two franchises each from Ireland, Scotland and the Netherlands. The twenty-four-day long tournament will include thirty-three matches.

In a double round-robin format, every team will play each other twice. The top two teams will make it to the semi-finals that will be held in Malahide on September 21, 2019.

The grand final is scheduled to take place in Malahide on September 22, 2019.

On July 19, 2019, 700 cricketers from 22 countries took part in the players draft. Each team picked one icon and marquee player each.

West Indies players will not feature in this event, as it coincides with the 2019 Caribbean Premier League.

As per the norm, there will also be no players from India participating in the tournament. 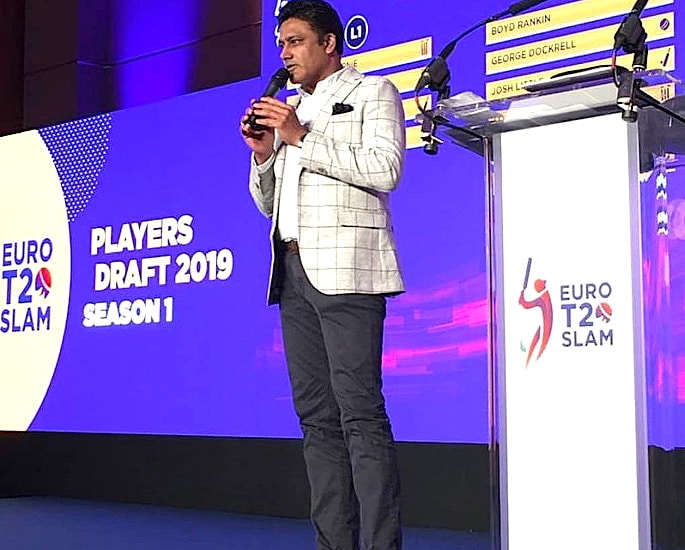 “In any league, and in any sport, you need icon players to be a part of it; and I’m really glad that some world-class T20 players are taking part in the Euro T20 Slam.

“You want the sustained growth of local talent coming through from grassroots level up and I’m hopeful that this league will provide an opportunity for more players to showcase their talent and get noticed.”

Let’s take a closer look at all the six teams and squads for the Euro T20 slam cricket event: 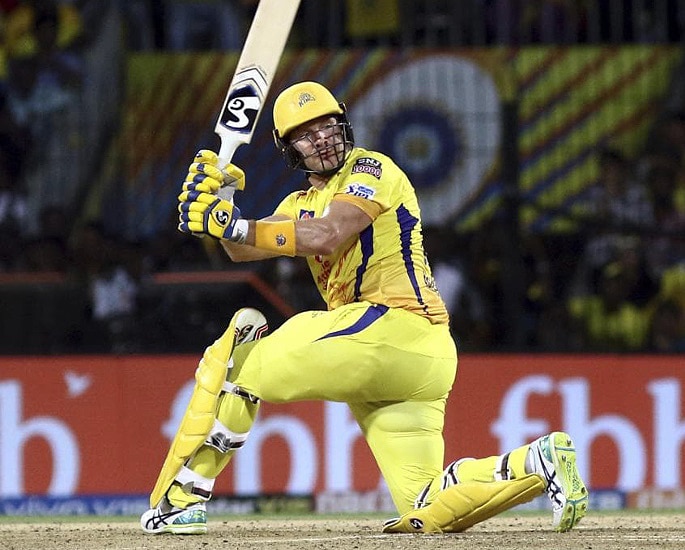 Former Australian opener Shane Watson will lead the Amsterdam Knights as their icon player. His batting remains a threat in this format.

Pakistan pacer Hasan Ali who did not have a great Cricket World Cup 2019, will be pushing himself to perform well.

Australian all-rounder Ben Cutting will be a good all-round option for the Knights. He can open the innings and is a useful medium-pace bowler.

Sikandar Raza of Zimbabwe is another good all-round option. Imran Tahir is a big name in the spin department. The Knights are banking on him to continue his rich form of late. He is their marquee player. 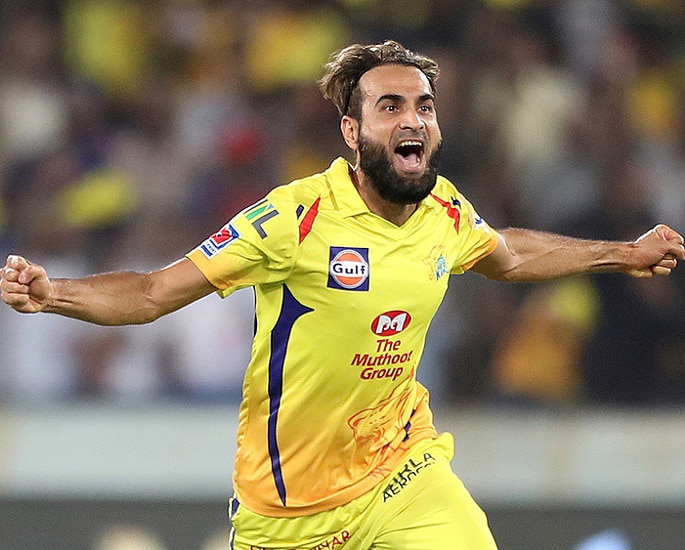 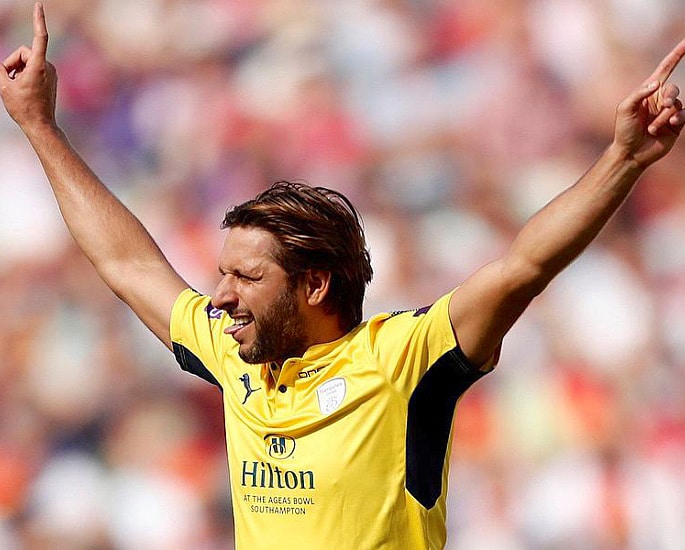 Icon player ‘Boom Boom’ Shahid Afridi who continues to feature in T20 cricket around the world, will captain the Belfast Titans.

His batting is not like it once was. But his contribution with the ball can still prove lethal.

The Titans will be relying on the experience of batsman Luke Wright and marquee pick JP Duminy (RSA).

Colin Ingram (RSA) and left-arm fast-medium bowler Mitchell McClenaghan (NZL) are the other two key players for them.

Faf du Plessis (RSA) became part of the Titans squad as a supplementary player a week after the official auction.

Spin-allrounder Mohammad Nawaz (Pakistan) has the potential to be a big asset for the Titans.

From an Irish point of view, there is dashing opener Paul Stirling and pace bowler Boyd Rankin. 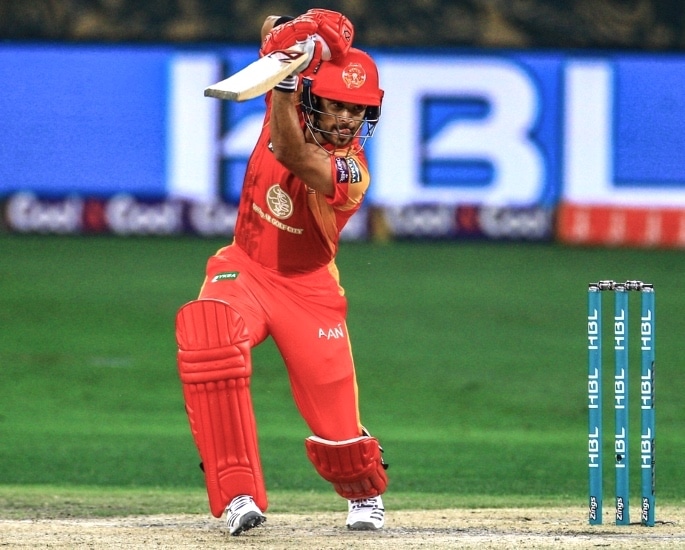 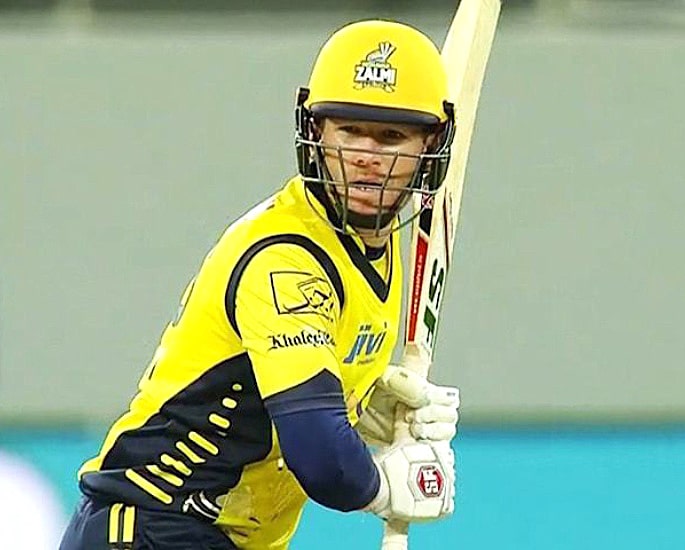 Morgan is a good T20 batsman, especially with his unconventional batting.

Mohammad Amir who was a sensation for Pakistan in the 2019 Cricket World Cup will head the pace attack for the Dublin outfit.

Marquee player Babar Azam of Pakistan is a reliable marquee player-batsman that can contribute many runs for them.

They also have T20 specialist all-rounder Robert Frylinck (RSA). All-rounder Dan Christian is a good omen for the Chiefs as he has a history of winning the T20 leagues around the world. 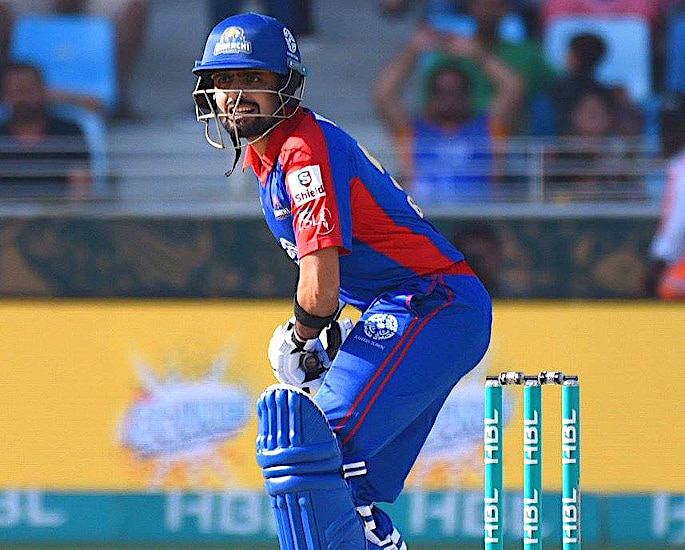 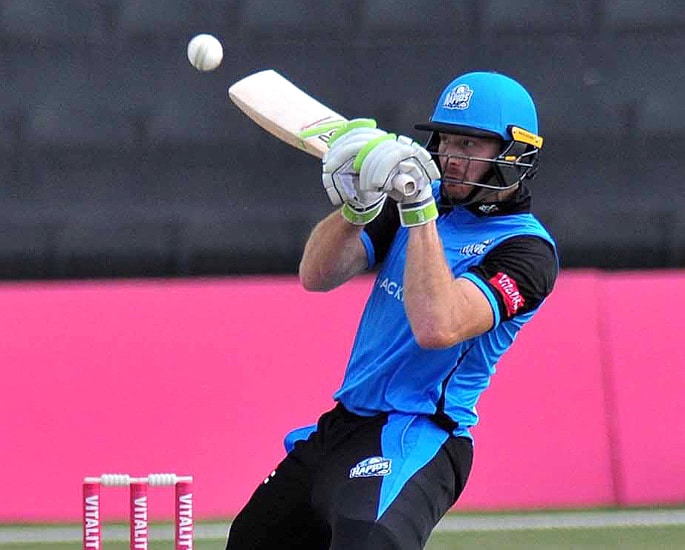 Despite having a poor Cricket World Cup 2019, Guptill remains a threat at the top of the order with his batting.

Many may have forgotten Corey Anderson, but the batting all-rounder was once a big player for New Zealand.

With all his experience, Anton Devcich is a specialist T20 player who can bat aggressively if he gets going.

Matt Henry who had a fantastic 2019 Cricket World Cup is the perfect bowler for seaming European conditions.

If marquee player Chris Lynn (AUS) gets going with opener Guptill, the rocks can get a solid platform.

Fast bowler Tymal Mills (ENG) and all-rounder Dwaine Pretorius (RSA) have the potential to do some damage for the Rocks. 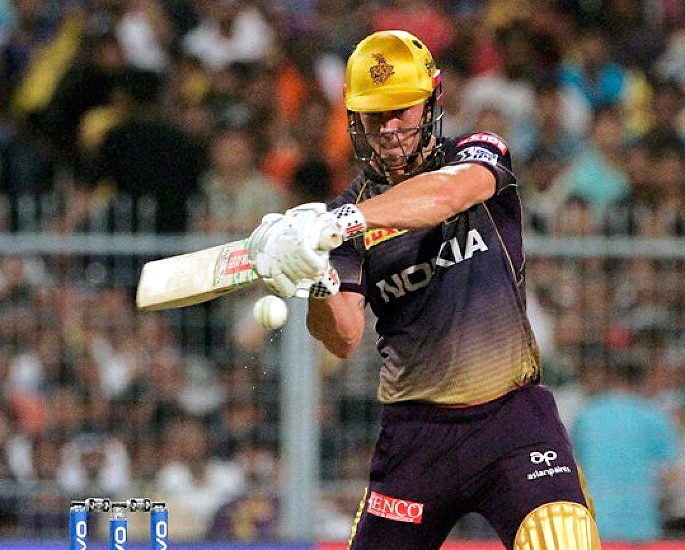 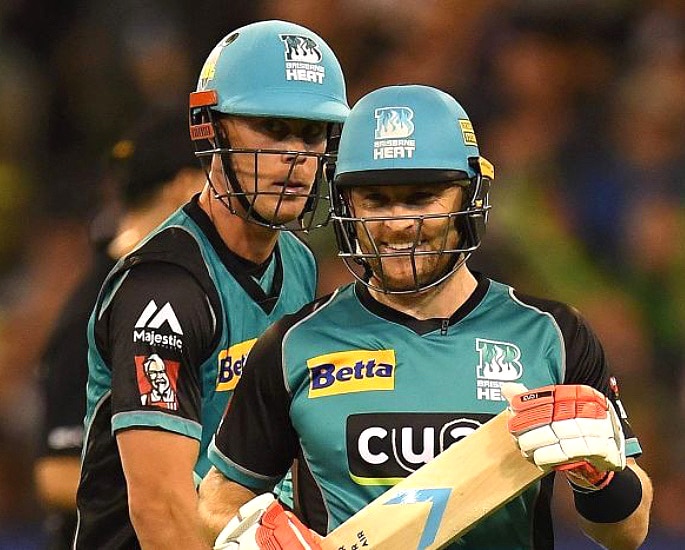 Qais Ahmed from Afghanistan may be an unknown identify for some, but the young leg spinner has already made his mark across world T20 leagues.

Ravi Bopara (ENG) can be a destructive batsman and handy partnership breaker with his bowling.

Heinrich Klaasen (RSA) is a good wicket-keep batsman who can take the game by the scruff of the neck batting at number five or six.

Usman Shinwari of Pakistan will spearhead the fast bowling department. He has a knack of taking wickets.

There are expectations that Jon-Jon Smits (RSA) can showcase his batting-allrounder skills in the tournament.

Even though age is not on the side of marquee player Dale Steyn, he can still display a match-winning performance on any given day. 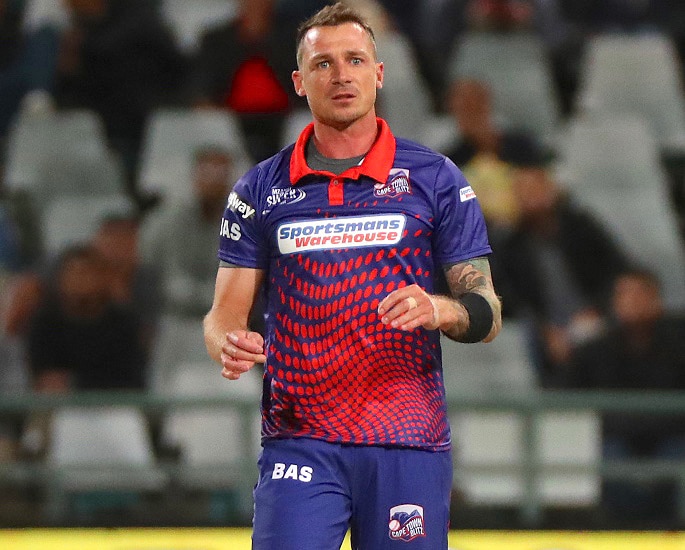 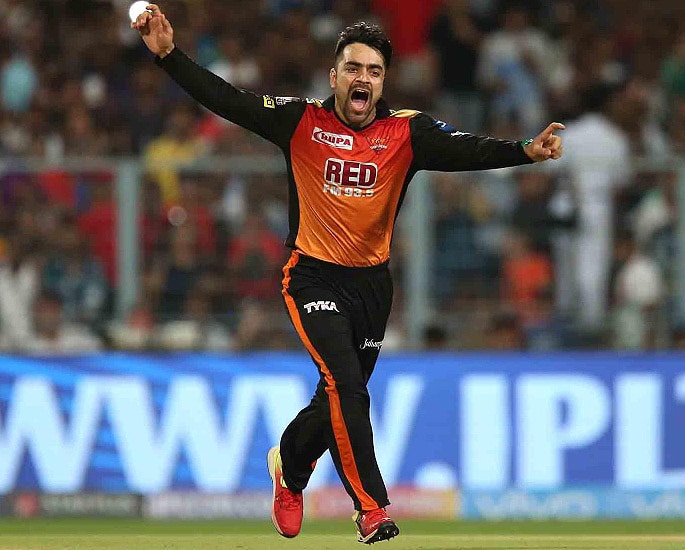 The premier bowler of T20 cricket and icon player Rashid Khan will be in charge of Rotterdam Rhinos.

Young Pakistani fast bowler ‘Dhoom Dhoom’ Shaheen Shah Afridi, will be the go-to person for early wickets. Good death bowling from him at the end will be required.

Rhinos are hoping that wicket-keeping opening batsman Luke Ronchi (NZL) will continue to play well, as he has done in the Pakistan Super League.

Samit Patel (ENG) is a valuable all-rounder, who can be destructive with the ball or ball.

Peter Trego (ENG) is a flamboyant all-rounder who can hit the ball hard. 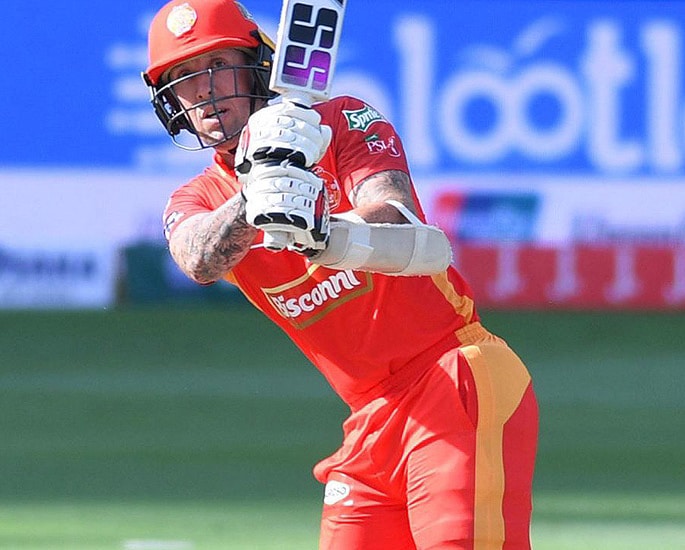 The teams have appointed a head coach, with formers players a the helm of affairs.

All major broadcast networks across the globe will show the matches LIVE on their respective channels. The games will be played under daylight, starting at 10:30 am or 2:30 pm local time.

Amsterdam Knights will face Rotterdam Rhinos in the opening game of the Euro T20 Slam in Amstelveen on August 30, 2019.

The inaugural edition of the Euro T20 Slam cricket event will be great to spread the game across Europe.