England defeats Pakistan by seven wickets in the one-off T20 cricket match in Cardiff. Captain Eoin Morgan was player of the match for his fifty-seven.

"We didn't take wickets in the middle overs"

An unbeaten fifty-seven from Eoin Morgan guides England to a seven wickets win against Pakistan in a one-off International T20 cricket match held at Sophia Gardens, Cardiff on May 5, 2019.

On a relatively cool day, Pakistan skipper Sarfraz Ahmed won the toss and made the choice to bat first.

England captain Eoin Morgan and his team were aiming to restrict Pakistan.

With Pakistan ranked the number one side in T20 cricket and the home side being the best ODI team, there were big expectations on both fronts.

Mohammad Hasnain, a young exciting fast bowler and opener Imam-Ul-Haq were given T20 debuts in this match.

The out-of-form Mohammad Amir did not find a place in the playing XI, with Shoaib Malik being away for personal reasons.

Leg-spinner Shadab Khan was also missing from the side due to illness.

Opener Ben Duckett and nippy fast bowler Jofra Archer made their T20 debut for England also. Whilst Moeen Ali was resting, leg spinner Adil Rashid did get to play.

Many spectators from both sides were inside the stadium, hoping for a cracking game. DESIblitz highlights all the action: 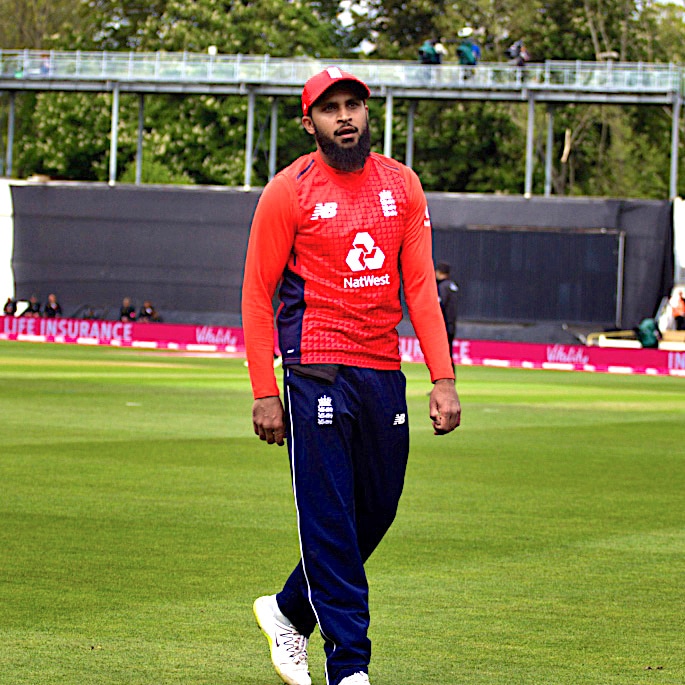 Fakhar Zaman (7), trying to drive it on the up, fell cheaply as he found Eoin Morgan at silly mid-off. Morgan leapt into the air to take a wonderful catch off Tom Curran. Pakistan were 16-1 by the second over.

England did look very sharp in the field. An eager looking Imam-Ul-Haq was very late to a skiddy bouncer from Jofra Archer in his first over. After the ball hit the glove of Imam (7), wicket-keeper Ben Foakes took an easy catch on the leg side.

Pakistan did not get a really good start as they were 31-2 in the fifth over. Besides Fakhar, Pakistan was certainly lacking firepower at the top of the order.

Harris Sohail hit the first six of Pakistan’s innings as the visitors got to their fifty in the seventh over. That kick-started a terrific fifty runs partnerships between Harris and Babar Azam in the tenth over.

The hundred was up for Pakistan in the thirteenth over, as Babar hit two consecutive fours off Joe Denly.

Without taking any risks, Babar also reached his 50 off thirty-one balls in the same over.

Harris made his 50 too off thirty-four balls in the 15th over. This was the first fifty of Harris in his tenth T20 match.

But then Archer made a timely breakthrough as Harris went back to the pavilion in the sixteenth over, caught at deep mid wicket for fifty.

Two balls later Babar (65) was run out after some hesitation with Asif Ali.

In the seventeenth over, Asif as the non-striker was run-out in a very silly fashion. There was never a single, as the clumsy Asif unnecessarily ran forward when Chris Jordan had almost caught Imad Wasim.

But after stopping the ball, Jordan had the presence of mind to run out Asif.

Fahim Ashraf (17) was next to go, slashing the ball to the offside, as Denly took an easy catch off Jordan.

Swansea-born Imad finished the innings with a flurry, hitting 4s off the last two balls. Pakistan’s total of 173 was a par score. 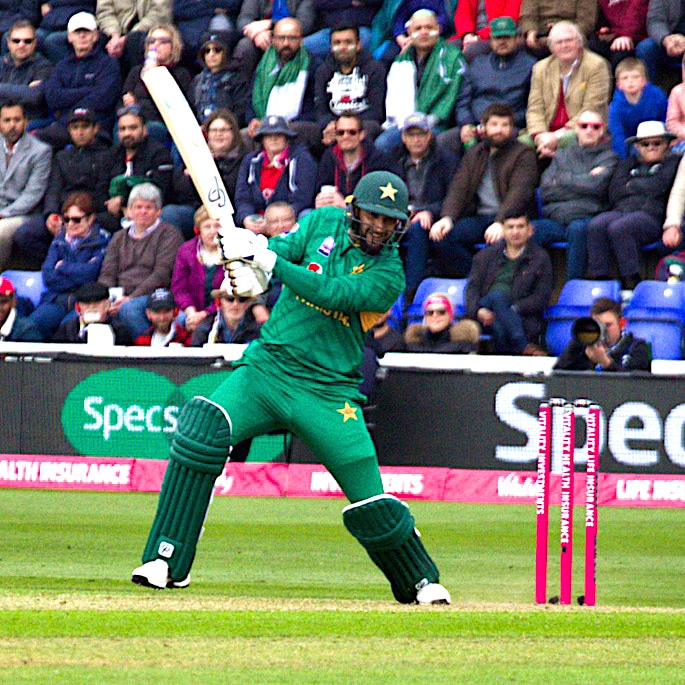 England openers James Vince and Ben Duckett made their way out in pursuit of 174. Giving himself a little bit of room, Duckett found Imad off Shaheen Shah Afridi for two runs.

England lost their first wicket at the score of 21. From then on playing sensible cricket, they were 48-1 after six overs.

Just when Vince was looking good, he got a faint inside edge towards the leg. Despite Vince taking a review, he was given caught behind by Sarfraz Ahmed off Imad for thirty-two.

Going smoothly, England got to their 100 in the thirteenth over.  Shortly afterwards, Sarfraz took an easy catch behind to dismiss Joe Root (47) just when he was nearing his fifty off Hasan Ali.

The wicket came a little late for Pakistan. Captain Morgan made it to his fifty off 28 balls and then smashed a six as England registered a comfortable seven wickets victory over Pakistan. 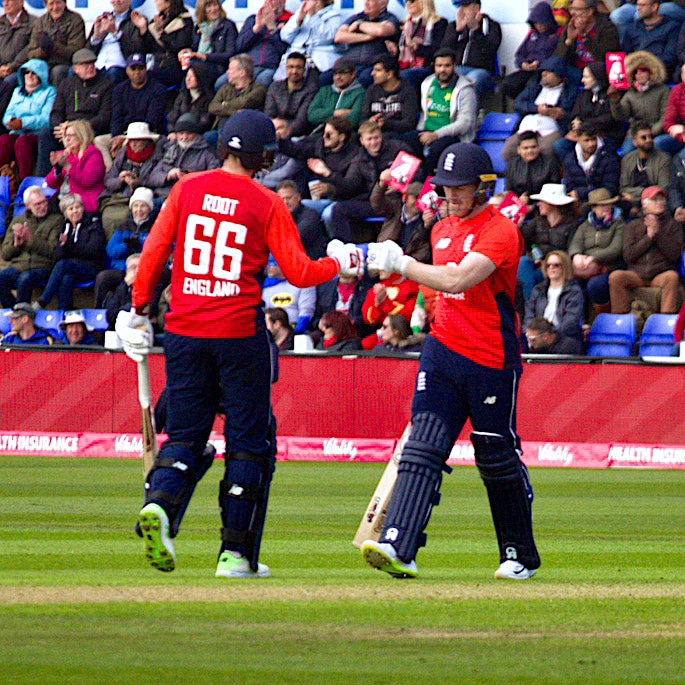 At the post-match ceremony, captain Sarfraz spoke about the loss and missing a key player saying:

“We didn’t take wickets in the middle overs, and their captain played really well.

“Shadab, we miss him in the playing XI, but hopefully he’ll be well for the World Cup. We play five quality ODI matches before the World Cup, which is good preparation.

Pakistan were clearly twenty runs short and their fielding was not up to the mark. England skipper Eoin Morgan was happy with the win, but felt the team can improve further:

“Getting over the line with a young team is important for them to learn.”

“We were a bit hit-and-miss, it wasn’t near our best, Pakistan looked like getting 190, Jofra had a good debut, Tom Curran bowled well, but we’ll assess and learn, and move on.”

Watch highlights of the match here: 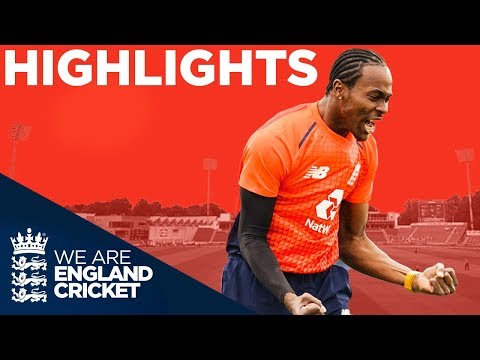 Jofra Archer was shining skiddy customer and was the pick of the England bowlers, claiming 2-29 in his four overs. He still has a chance to make it into the final world cup squad

The Green Shirts will not be too concerned about the loss. The five-match One Day International (ODI) series is very important for their world cup preparations.

Mohammad Amir will feature in the ODI series and has one final chance to stake a claim for the 2019 Cricket World Cup.

See our photo gallery from the game here: 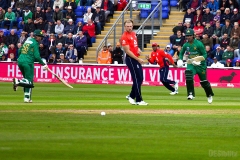 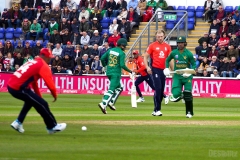 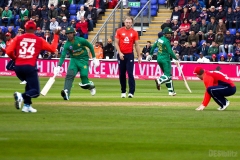 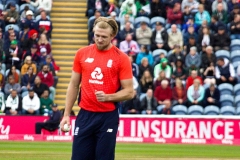 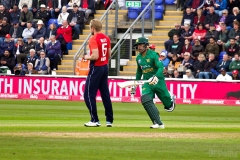 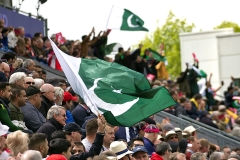 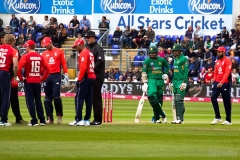 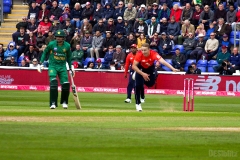 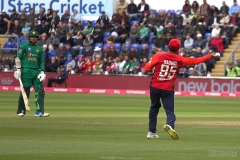 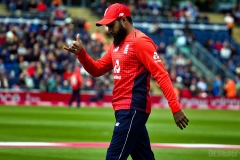 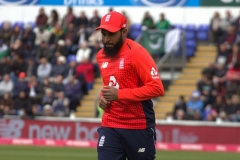 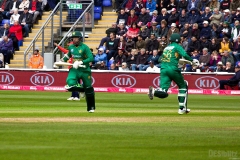 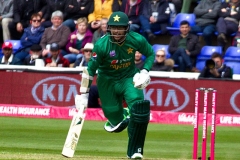 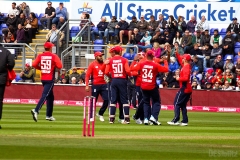 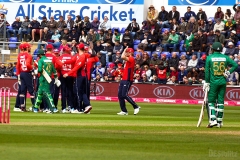 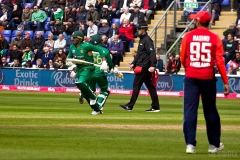 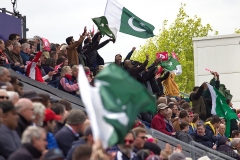 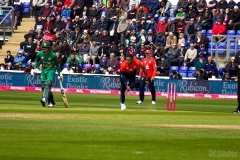 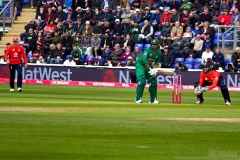 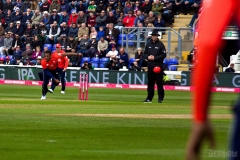 Faisal has creative experience in the fusion of media and communication and research which increase awareness of global issues in post-conflict, emerging and democratic societies. His life motto is: "persevere, for success is near..."
Inaugural Indo International Premier Kabaddi League 2019
5 Indian Players who could Emulate Sachin Tendulkar