England have been crowned T20 World Cup champions after defeating Pakistan in what was a nerve-wracking contest.

England have won the T20 World Cup after defeating Pakistan by five wickets.

England went into the final, having defeated India in a masterclass while Pakistan beat New Zealand.

At Melbourne Cricket Ground, England won the toss and chose to bowl.

Mohammad Rizwan and Babar Azam opened the innings for Pakistan while Ben Stokes bowled the first over.

Pakistan got off the mark, with some help from Stokes, who opened with a no-ball followed by a wide.

Both teams appeared nervous in the beginning. 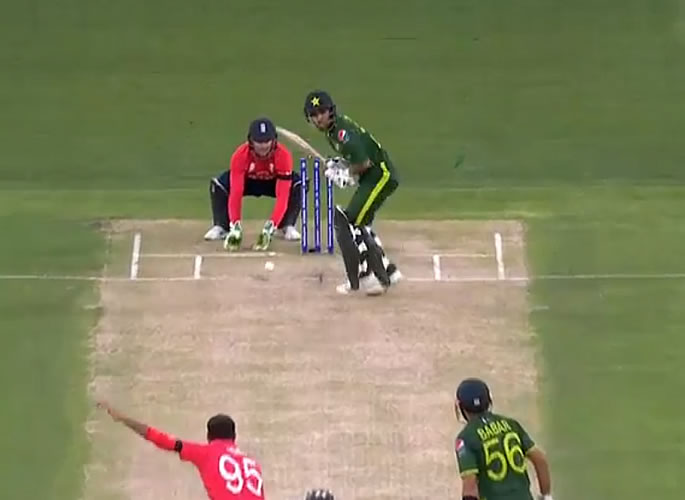 Pakistan soon began to settle and the opening partnership reached 28 runs by the 4th over.

Rizwan suffered a minor injury after diving for a single and jamming his right eye against the grille of the helmet.

He continued but it was short-lived as he was bowled out by Sam Curran.

As the match continued, both sides were tentative.

Adil Rashid dismissed Mohammad Haris with his first bowl, grabbing his third wicket of the tournament.

As Liam Livingstone came on for Chris Jordan, Shan Masood targeted him with some big hits, smashing a four and then a six, taking Pakistan’s score to 84-2.

Rashid continued his impressive display as Iftikhar Ahmed struggled to read the balls and soon after, Ahmed was dismissed.

As the end of their innings drew near, Pakistan took more chances but it led to more dismissals, with Shadab Khan and Mohammad Nawaz being dismissed. 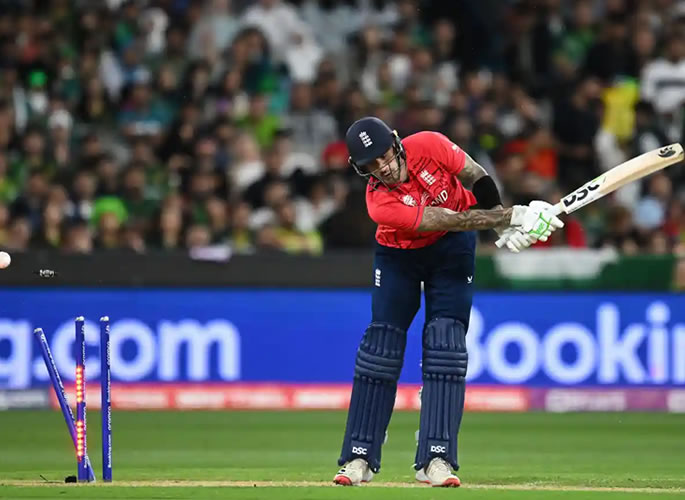 Another wicket went for England in the 3rd over when Phil Salt’s wayward shot was caught by Iftikhar.

England seemed to be struggling as Jos Buttler was soon dismissed, taking their score to 44-3.

England hung on and made it to the halfway point with a score of 77-3.

There were a few close calls but England continued to edge near their target and T20 World Cup glory.

Pakistan suffered a scare when Afridi appeared to have injured his knee and limped off the field.

It was getting tense as England needed 51 runs from 42 balls.

Afridi’s injury struggle eventually became too much and he left the field for good.

England reached the 100-mark in the 15th over and they began to take advantage of Afridi’s absence, with their big hits paying off.

It looked to be a nervous finish as England needed just five runs from nine balls.

Ben Stokes reached his half-century, his first ever in T20I competition. He ended up smashing the winning run to crown England T20 World Cup champions.

Afterwards, he said: “I thought the way we bowled; that’s what won us the game.

“That was a tricky wicket with a bit of bounce; you never felt like you were in.

“With the Ireland defeat being so early in the competition, we had to address it, say what we said and then let it go.

“In tournaments, you can’t carry baggage with you. The best teams learn from their mistakes, take on the chin and move on to the next challenge. It’s a pretty good evening!”

Dhiren is a journalism graduate with a passion for gaming, watching films and sports. He also enjoys cooking from time to time. His motto is to “Live life one day at a time.”
Azeem Rafiq & Family to Flee UK after Racism Scandal
Top 3 Most Influential T20 World Cup Winners