Author, Chitra Banerjee Divakaruni, has captured the world’s heart with her gripping novels. DESIblitz had the privilege to hear of her journey to success.

“Immigration made me into a writer"

Award-winning author, Chitra Banerjee Divakaruni is the woman’s voice in literature and culture. With her work published in over 50 magazines including ‘The New Yorker,’ her talent has risen to an international level.

Her books have reached out to a wide audience, having been translated into 29 languages including Hebrew and Japanese.

Chitra, who currently lives in Northern California with her husband and two children, is also a teacher for the nationally ranked creative writing program, at The University of Houston. When asked which one she prefers out of writing and teaching, she couldn’t choose and declared: “I love both!”

Her ambition to become an author came from an early age. She was born in Kolkata, India before immigrating to America for further studies. From there, her passion for writing escalated.

She spoke to DESIblitz saying: “Immigration made me into a writer. I wrote to understand the new, exciting, scary world of America in which I found myself.” 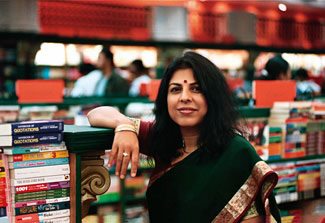 Although Chitra collects her concepts from many different sources, such as from overheard conversations and books, her work illustrates the creative imagination that forms the majority of the process. Her books are based on realism with topics including women, immigration and the South-Asian experience.

She champions a style that allows her readers to easily relate and associate with her works and the situations that are portrayed in them. Chitra went on further to say: “My readers come from many backgrounds. Some are of Indian origin; some are not, so each will respond differently. As long as they find something to relate to, to recognise or discover, or wonder about, or look up, or discuss with friends, I’m happy.” 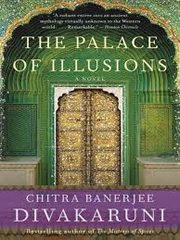 For many years, the author’s kind nature has led her to become a devoted philanthropist. She provides continuous support to organisations that help South Asian women across the world, particularly those who come from an unfortunate background of abuse and domestic violence. She also assists deprived children of India with their education and is currently on their emeritus board.

Chitra Banerjee Divakaruni’s books are heavily influenced by the lives of women and the different ways in which they perceive the world. ‘The Palace of Illusions’ (2008) takes us back in time to the Indian ‘Mahabharat’ classic. This enthralling mythological tale takes us on the journey of Panchaali’s life, the female protagonist who exemplifies a strong matriarch belief.

It’s one of her most distinguished books and was well received by critics: “An intimate, feminist portrait that is both contemporary and timeless; an ambitious project effectively executed.” (Kirkus Reviews) When asked why her female characters are so domineering, she proudly responded:

“I am interested in women’s experiences, the unique way in which we see the world, the challenges we have to overcome. For centuries women were in the margins of literature or mostly being interpreted by male writers. I want to balance that a little.”

Her work is recognised globally and has evolved to a whole new level of art, with two of her best-selling novels reproduced in visual forms. 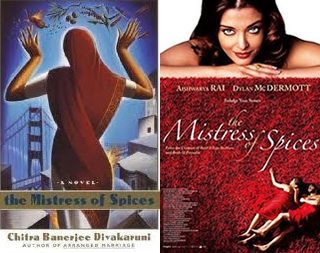 ‘The Mistress of Spices’ (1997) was made into a film and released in 2005. It was named as one of the top 100 books of the 20th Century by the San Francisco Chronicle. Directed by Gurinder Chadha, the film was shortlisted for the Orange prize. The film casts international star Aishwarya Rai, who plays Tilo. Living as an immigrant from India, Tilo runs a shop of spices; she faces dilemmas in an alienated place and is made to make some challenging decisions.

It’s a compelling and passionate Romantic-Drama and complimented Chitra’s novel beautifully. The writer herself seemed quite pleased as well: “I’m very happy because the films reach a whole different audience, some of whom I hope will come back and read the books.”

Another of Chitra’s masterpieces was ‘Sister of My Heart’ (1999), which was translated into 20 different languages, and is once again centred on the profound journey of a female’s life in a series of realistic situations. The story portrays how the lives of two devoted sisters are transformed when they are urged into an arranged marriage and are separated into different directions. The intense and emotional narrative created a national bestseller and was adapted into a Tamil TV series which was aired in India. 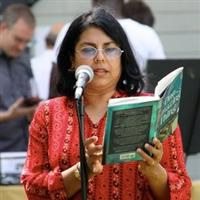 Authors generally tend to feel threatened when their stories are recreated into films and television serials; the audience may misinterpret the original story, or prefer the film and be disappointed with the book if it doesn’t meet their expectations.

We asked Chitra if she had the same fear: “There’s always the chance of that. I trust that the people understand that the book and that film are two different works of art. The book is the author’s vision and the film is the director’s vision.”

Although her work largely draws from a feminist’s perspective, Chitra’s male fan base is as equal as the female fans. The writer stated that she consistently receives loyal support and positive feedback from both genders. The creative writer aims to achieve one thing from her work, and that is for her audience to achieve new levels of understanding: “Ultimately reading and writing are great human activities that open us up to lives that are unlike our own. Reading is a great act towards understanding, towards compassion.”

Chitra’s most recent book ‘One Amazing Thing’ was published in 2010, and was once again intellectually written and well received by audiences and critics. The story was motivated by a real-life incident, which Chitra bore witness to. 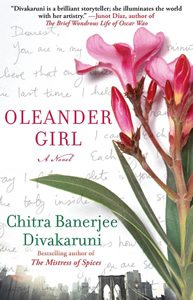 When Houston found itself in the path of a destructive hurricane, citizens were left with no choice but to evacuate. The story itself is based in an Indian visa office, focusing on 9 individual characters that are struck by an earthquake. The inspirational novel is a litany of the value of life.

March 2013 will see Chitra’s ‘Oleander Girl’ published. It is set in 2002, in the precarious post 9/11 world, during the Godhra riots in India. The centre of the plot revolves around a family secret and a difficult choice the heroine is forced to make. It is a transcontinental novel that spans India and the United States.

Chitra is extremely grateful for the support she has from her audience and told us: “I love connecting with my readers. I invite them to go to my website and sign up for my newsletter. Then they can write to me directly. I also try to answer them if they write on my Facebook page at www.facebook.com/chitradivakaruni.”

Storytelling has been a natural talent for Chitra Banerjee Divakaruni and there is no doubt that she will continue to spread cultural intelligence through her creative literature, and become an inspiration to many more.

Sonia has a passion for presenting and journalistic challenges. She has a special interest in music and Bollywood dancing. She loves the motto 'When you've got something to prove, there's nothing greater than a challenge.'
Jeet Thayil shortlisted for Booker Prize 2012
South Asian Literature Festival 2012