Deepika replies to Angry Fans for Not Winning Filmfare Award

After Deepika Padukone left without a Filmfare Award, fans are angry that she did not win. The actress has responded to them. Find out what she had to say.

"what was the problem with Deepika?"

Fans are angry that Deepika Padukone did not win a Filmfare Award for Best Actress. They became irate with Filmfare after the omission and Deepika has since replied back.

Deepika has grown as an actress since her Bollywood debut in Om Shanti Om back in 2007. Her last role was in Sanjay Leela Bhansali’s Padmavaat which was her toughest role.

She mentioned that it was by far her toughest role and even received death threats for her role.

However, the film was a success and her performance was one that fans were certain would win her a Filmfare Award.

They thought that it would be her third Filmfare Award for Best Actress after her triumphs in 2013’s Goliyon Ki Raasleela: Ram-Leela and Piku (2015).

But, they were left disappointed when Alia Bhatt won the 2019 award for Best Actress for her role in Raazi.

They felt let down by Filmfare and Bhansali for not giving enough credit to Deepika. 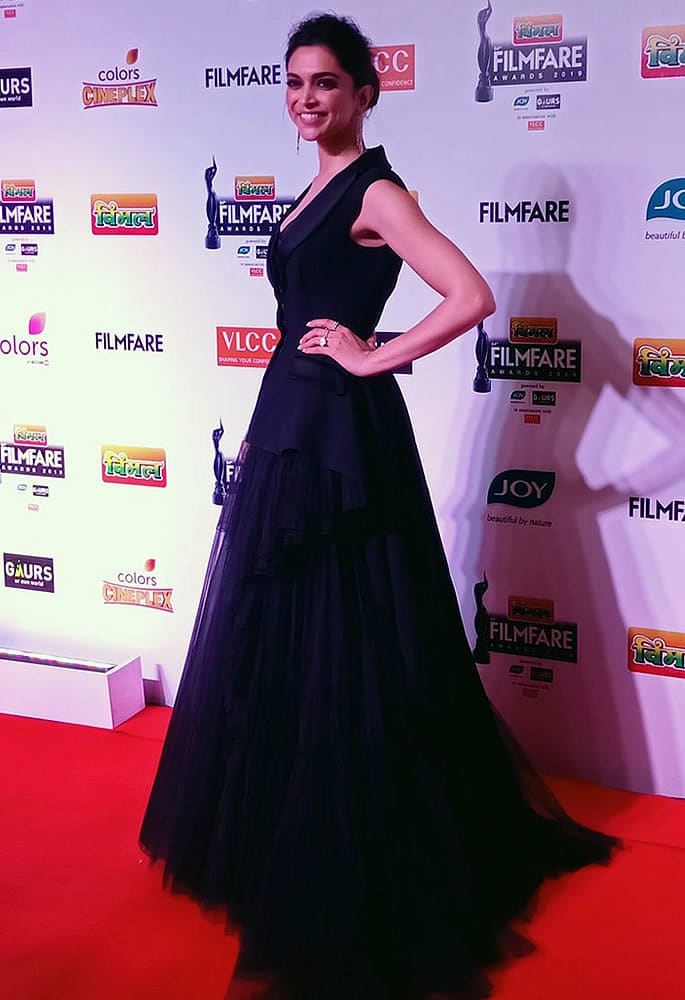 A Deepika Padukone fan page took to social media to explain the anger and made a number of points. One valid part was that if Ayushmann Khurrana and Ranveer Singh were joint winners of the Critics’ Award for Best Actor then why can’t Deepika and Alia.

They wrote: “If Filmfare can give a tie between Ranveer and Ayushmann for the best actor, then what was the problem with Deepika?

“Why not tie between Alia and Deepika?” 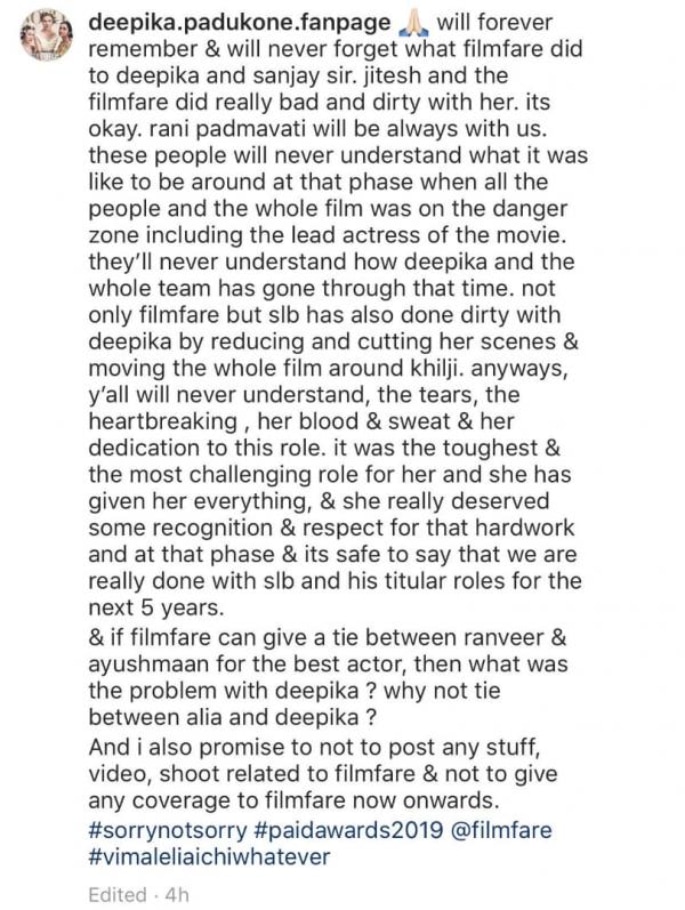 “To all my fans, I am sorry I let you all down and promise to work harder than ever before.”

It seems Deepika will do her best to try and win one of the prestigious awards for her fans. As one of Bollywood’s biggest stars, it may only be a matter of time before she gets her hands on a Filmfare award.

Deepika is currently filming biopic Chhapaak in which she plays an acid attack survivor.

The film is based on the life of Laxmi Agarwal, who is a campaigner that speaks for the rights of acid attack victims.

The film is set to release on January 10, 2020, and who knows, maybe this will be the film that wins Deepika her third best actress award.

Dhiren is a journalism graduate with a passion for gaming, watching films and sports. He also enjoys cooking from time to time. His motto is to “Live life one day at a time.”
Winners of the 64th Filmfare Awards 2019
Taimur on Cookies proves his Popularity as a Little Star!