"I think my writing style grows with each novel I write"

He is known for giving a voice to the British Asian and working-class experience. His most recent Young Adult novel, Web of Darkness, won several awards. Now his latest title, Stay a Little Longer is available.

It follows an intergenerational friendship between Aman and the newcomer to her street, Gurman, after he saves her from bullies. Gurman has a sadness of his own to uncover and it promises to be another engaging read from Bali Rai.

Not only do many schools teach with his books, but Bali Rai works with several literacy initiatives. Just some of the organisations with his support are the National Literacy Trust and the British Library.

DESIblitz chats to Bali Rai about his new book, Stay A Little Longer. In addition, we explore his unique viewpoint as an author after more than 15 years of writing.

Why did you become an author? 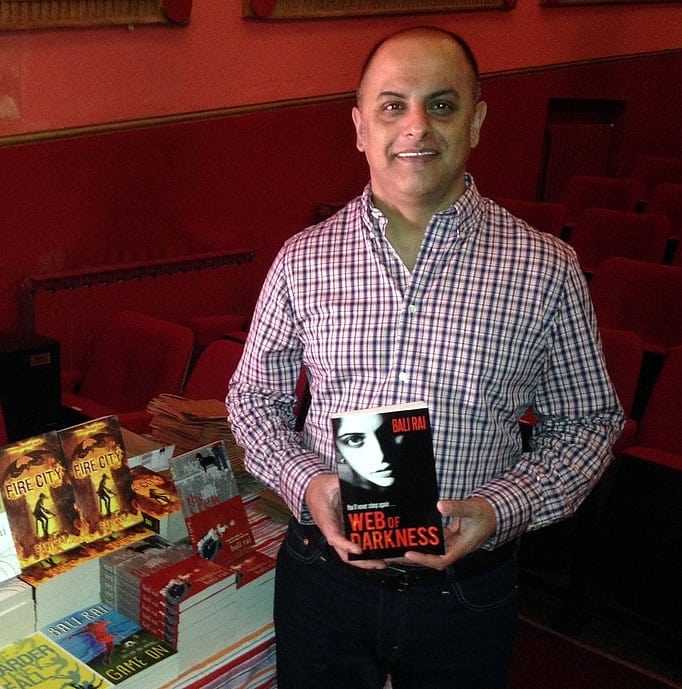 I wanted to write about real people, from a real city like Leicester, to represent voices that were missing from mainstream fiction in the UK.

I also wanted to counteract myths, half-truths and misconceptions about actual multiculturalism, the way it really is, as someone who grew up within one of the most culturally diverse cities anywhere.

It was also one of my childhood dreams – to follow in the footsteps of my writing hero, Sue Townsend.

What are the main challenges of becoming an author and being a British Asian?

The biggest challenge has been trying to break free of the pigeonhole that I’ve been placed in.

Since 2001, I’ve been called a British Asian author and my work has been labelled as being about and for Asians in Britain. Neither are true reflections of my work, but that labelling has become a noose around my neck in many senses.

My white British peers are not restricted in what they write, nor face any of the same constrictions. As a brown man, I am almost expected to write about other brown people. And not a single white British author is ever introduced as white and British – for them, skin colour doesn’t matter. For me, it is usually the first thing people mention.

Another challenge is being taken seriously because I write about children and young adults. I often see lists compiled on social media and in newspapers about the “hottest” Asian writers in Britain or something equally as daft, and very rarely see writers from my age-range mentioned.

It’s almost as if writing about young people is dismissed as second rate because it’s not serious enough. I believe that as writers of younger fiction, me and my peers are doing something to encourage greater readership and to create new readers. And what we do is as important as what is occurring in the adult market.

Where do you find inspiration?

I’m mostly inspired by real life in the UK and further afield. I always wanted to represent unheard voices, so my stories usually start with a protagonist with such a voice.

I also tackle issues that many people would rather ignore or deny the existence of – forced marriage, honour violence etc… And I’m inspired by other books of course, having read widely for my entire life.

How would you describe your writing style today?

I think my writing style grows with each novel I write. If you compare my style now to my 2001 voice, the writing has matured and become more measured.

Having said that, I would never want to rewrite or change my early work in any way – it’s a snapshot of where I was when I wrote the words and reflects my journey.

Writing is a learning process, and the more you write, the better you become.

I am far from being the writer I want to be, and I hope that my style will continue to grow and develop.

Could you tell us why you wrote Stay a Little Longer? 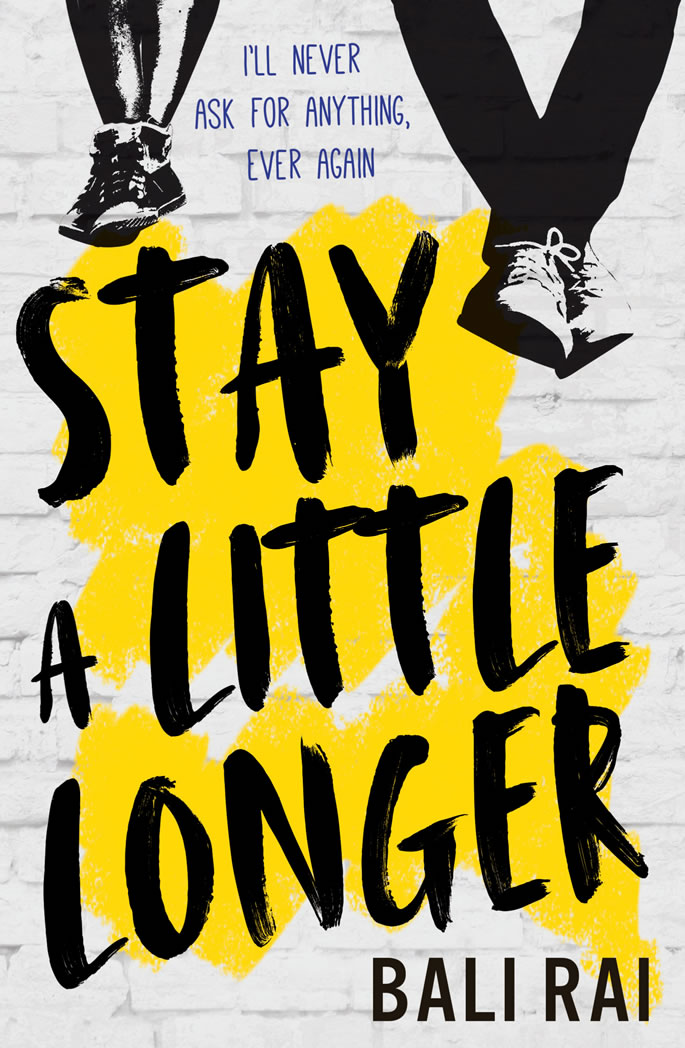 Absolutely – I’m very proud of the new book. I have long been dismayed and surprised at the growing divide between young people and older generations. For example, the idea that you can’t, as a 15-year-old, have a friendship with a 60-year-old neighbour, because society might deem that odd or worse.

I wanted to celebrate the notion that older people have so much to teach younger ones, and have lives that are packed with rich experiences that they would be happy to share.

I also wanted to touch on sadness and depression, and prejudice within specific communities, and that become the main focus of the story.

Aman is depressed after her father’s death, and makes friends with an equally depressed older neighbour, Gurnam, whose own life holds secrets.

The two of them become close and help each other through difficulties, and show that hope exists in even the darkest of times. It’s a very hopeful story and I loved writing it.

Why is it important to talk about issues facing British Asian teenagers?

Firstly, all teenagers face challenging times and an increasingly dangerous world. They see what is going on around them, but very few people try to talk to them about that or explain it.

I know that teenagers lap up gritty and realistic stories, and I think we can broach difficult subjects with fiction in a safe and thought-provoking way, rather than via social media or the Web, where false news, prejudice and outright lies have become a norm.

Secondly, British Asian teens are missing from mainstream fiction. They make up a significant group in the UK, yet their voices, their hopes and fears and dreams are rarely accessible. The specific issues they might face are ignored or downplayed.

For me, placing British Asian characters in my books, as protagonists, gives them a voice and that is very important in combatting misunderstandings and misinformation about their lives.

I try to vary my British Asian voices too – along gender and class lines, but also to ensure that I’m not lumping every British Asian teenager in with every other.

There’s as much diversity of thought, dreams and aspirations amongst British Asian teens as amongst all teens, and I try to reflect that too.

Of course, I don’t just do that with Asian teens either. I write about all types of teens and in all types of voices – something that is increasingly rare these days, as people worry about being accused on “cultural misappropriation”.

I’m not sure how that concept can work in multicultural communities, where many diverse groups share each other’s cultures and create a new, inner city culture that is open to all.

That’s been my experience and that of my peers certainly. We aren’t defined by individual cultures – Asian, Irish, Caribbean etc… – but by a shared melting pot culture that appeared through accident rather than choice.

We were all the children of immigrants and we took on British culture in a way our parents didn’t, and then added more diverse cultures to that.

The result is what I call real multicultural Britain – warts and all. It isn’t what the media says it is, nor what politicians of all types claim. It’s something far less measured and far more organic. I want to represent that.

Which one of your books is most inspired by your own experiences as a British Asian? 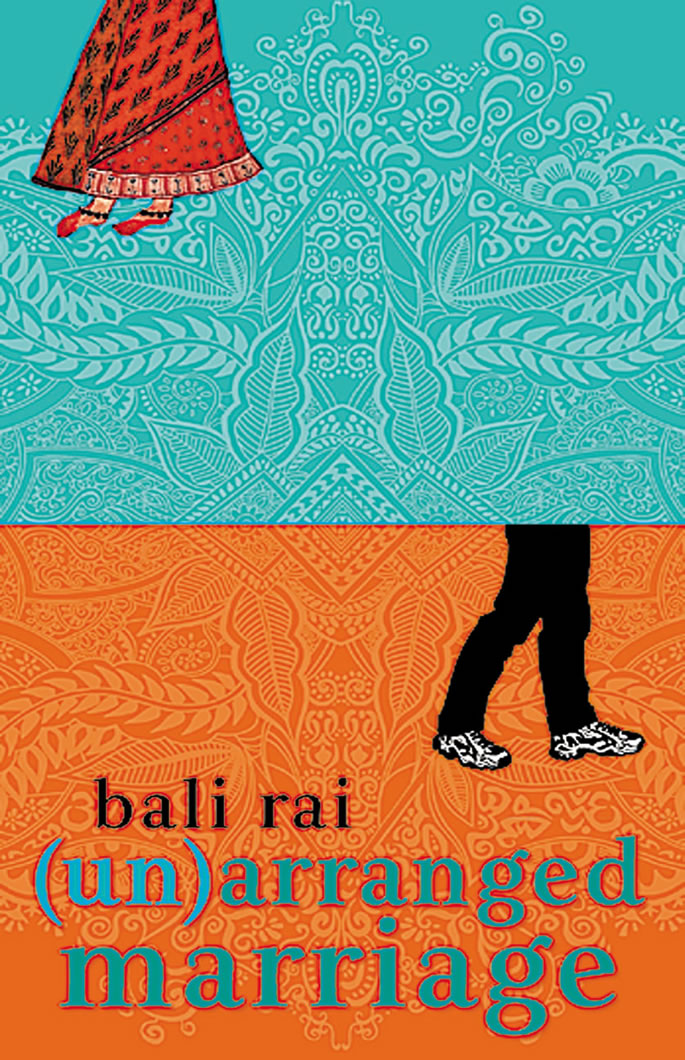 The first one, (un)arranged marriage, is the most autobiographical. Bar the forced marriage story, most of it uses real characters, real situations, real conversations etc… The setting is entirely realistic too.

Rani & Sukh, The Last Taboo and Killing Honour also fit that pattern, but become less about me as they progress.

Many of your books have grappled with being torn between the East and West. Do you think this is becoming less of an issue?

Things are improving for many British Asian teens, certainly. Many modern British Asians are very forthright in their Britishness and very happy to celebrate both their parents’ cultures and their own, without apology. I love that and support it.

However, this is not true of every British Asian teen, nor of every community.

There are communities in the UK who are isolated for whatever reason, and those that face issues for which they are collectively blamed – Muslims and grooming gangs being an obvious example.

I also think there is still much work to be done around gender, sexuality, domestic abuse and mental health issues, amongst other areas. As a writer, that gives me pretty of food for thought and leave many unheard voices still left to write.

What ambitions do you still have as an author? 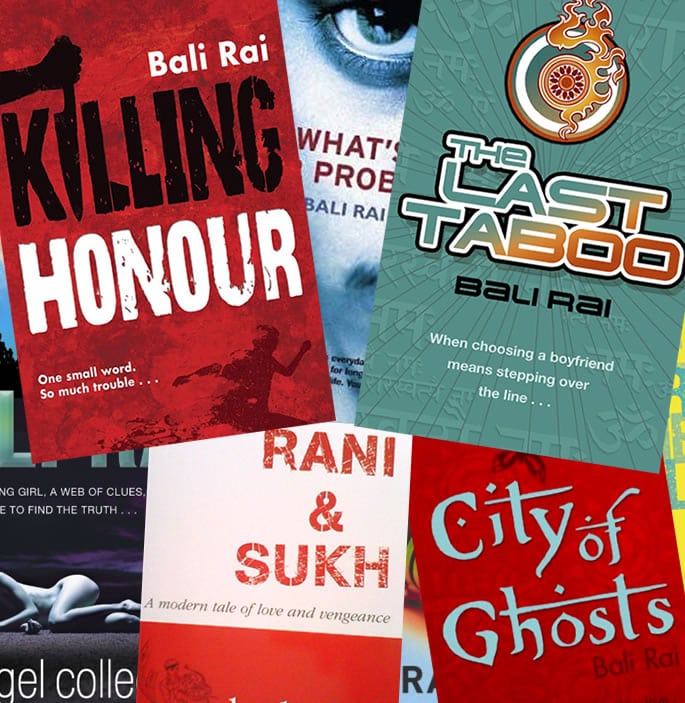 My ambitions have never changed. I want to write books that people read and enjoy, and I’d like to be able to make a living doing what I love.

Yes, the two often intermingle, but I also write stories that aren’t about British Asian experiences, and have recently written some younger middle-grade stories.

I’d love for these stories to be seen simply as great writing, rather than defined by the birthplace of my parents. Sadly, I’m not confident that will happen.

Who is your favourite Desi character in a book (not necessarily one created by yourself)?

That’s a tough one!

From young adult novels, I loved Amal in Randa Abdel-Fattah’s Does My Head Look Big In This, Jay in Savita Kalhan’s The Girl In The Broken Mirror, and also Adam in Irfan Master’s brilliant Out of Heart.

I loved Jas in Londonstani by Gautam Malkani, too, and am really enjoying the adventures of Detective Harry Virdee in A.A. Dhand‘s Bradford set crime fiction.

What tips would you give to those wishing to pursue a career in writing fiction books?

I would say do it. But make sure that you understand how difficult the business is becoming and be prepared for some heartbreak along the way.

Asian voices are still scandalously underrepresented in British fiction and we need many, many more. Be true to your story and your protagonist’s voice, rather than trying to spot and write to trends, and be prepared for lots of hard work and countless rewrites.

It’s a wonderful thing, being a writer of fiction, despite the many challenges, but if you’ve got an idea and have a voice that is bursting to be heard, go for it!

Following years of experience and numerous successes, it’s illuminating to hear such a balanced view. Bali Rai gives both the triumphs and challenges of being an author.

In turn, it’s inspiring to hear how Bali Rai uses his success to champion other voices. In addition to his determination to breaking free from restrictive terms on authors from minority backgrounds.

We hope that his books like Stay a Little Longer will continue to encourage younger readers to enjoy books. And, perhaps one day, encourage some of the next generations of readers to follow in Bali Rai’s footsteps.

Bali Rai will deliver a workshop organised by DESIblitz called on ‘Story and Emotion – Understanding Character Motivation for Plot’ at the Library of Birmingham on Saturday 9th October 2018, targeted at writers and people interested in writing fiction.